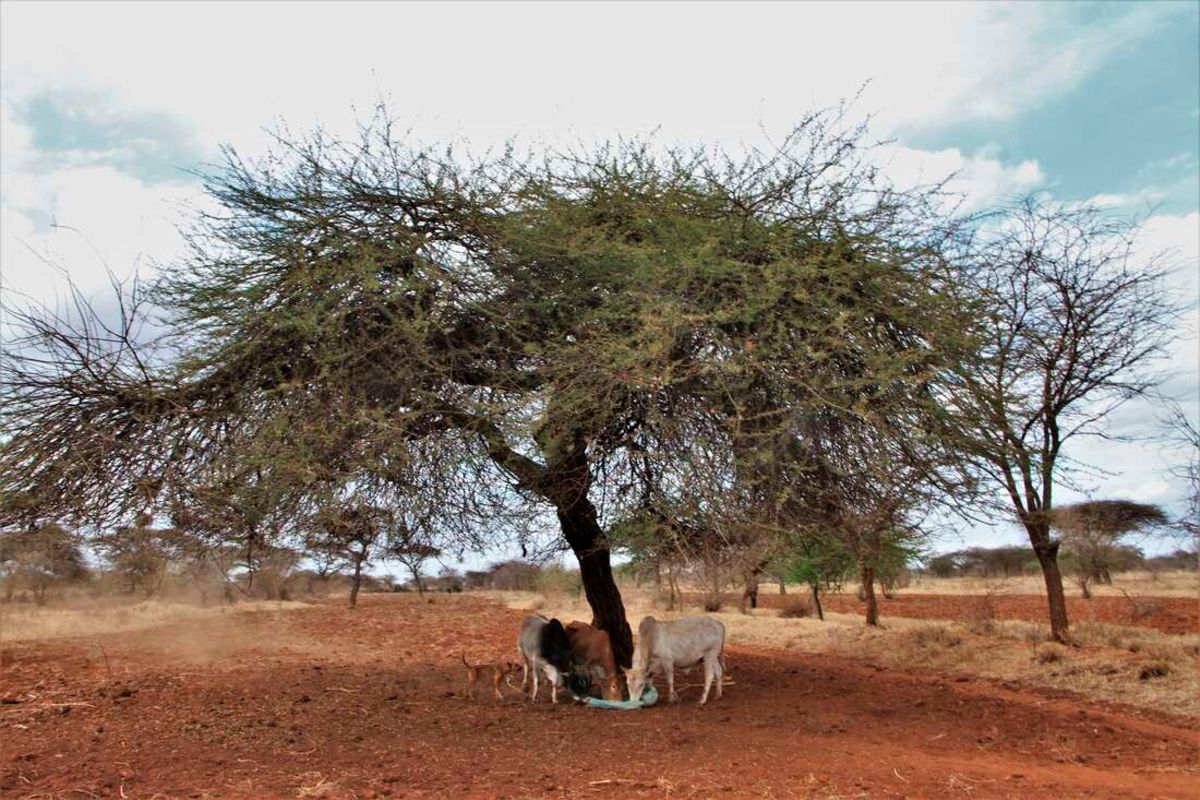 Muvea Kunyaa paces across his farmland in the sunbaked Nzalae village in Kitui County as a herd of his livestock follows him.

He leads the animals to a giant umbrella thorn acacia tree standing defiantly at one corner of his farm. The 72-year-old, who is armed with a long hooked stick, methodically shakes off the branches of the giant acacia tree as the cows and goats fall over each other browsing on the hundreds of falling pods.

As the dry spell hits many arid regions making natural forage harder to find, thousands of small-scale livestock farmers in Kajiado, Kitui and Makueni counties are not worried. They rely largely on waa, the local name for acacia pods.

The dry fruits of the deciduous tree are not only a livestock feed in arid regions but also a big commodity harvested and sold by residents.

“When all the other fodder has dried to due dry spell, we turn to waa. As the pods run out, the foliage appears providing our livestock with the much-needed food,” Mzee Kunyaa says.

Known scientifically as Acacia tortilis, the umbrella thorn tree is the dominant plant in dry lands. It is native to many African countries, including Kenya, where it is an important source of food for both wild and domesticated animals.

According to the Kenya Forest Research Institute (Kefri), which has been studying the tree, umbrella thorn acacia thrive in a wide range of soils but does better in slightly alkaline ones. It is the most drought-resistant variety of acacias.

Kefri’s arid lands station in Kitui town has been studying Acacia tortilis as a source of charcoal, firewood and animal feed. Scientists have established acacia seed plots at Kibwezi in Makueni County and Tiva in Kitui County in a study whose outcome is expected to enhance the tree’s value.

Although conclusive results of the study funded jointly by the governments of Kenya and Japan are not yet out, preliminary results show that Acacia tortilis grows faster, starting to produce pods at year six.

Bernard Kigwa, one of the researchers at Kefri involved in the study, notes that the leaves and pods of umbrella thorn acacia are rich in digestible protein, energy, and minerals.

A 10-year-old Acacia tortilis produces around 12 kilos of pods and around 5 kilos of leaves annually. The seeds themselves, he adds, are rich in crude protein and phosphorus, an element that is usually scarce in grasslands.

“The pods help our livestock put on weight during the dry spell. We have noted a significant increase in milk yields when we feed lactating animals the pods,” said Mzee Kunyaa, who also farms sunflower in Kitui County and keeps cows and a dozen goats for milk production.

“Feed processing, such as coarse grinding of Acacia tortilis pods, would reduce nutrient loss caused by undigested seeds, increase feed density and reduce the amount of food consumed by animals,” reads a 2014 study by Moses Lengarite and Kefri dubbed, “Use of processed Acacia tortilis pods and local grass as dry season feed supplements for lactating goats in the rangelands of northern Kenya”.

With a growing consciousness on the value of Acacia tortilis as an animal feed supplement, the pods have spawned multiple enterprises.

“Acacia pods mature in August but we start collecting them in September when they dry up. We sell them to middlemen who come for them at our homesteads. A sack fetches up to Sh1,500,” says Alex Kitheka, a farmer and an Acacia tortilis pods harvester, from Mbondoni village in Kitui County.

He buys harvested pods from farmers at Sh600 a bag and sells to traders who come from as far as North Eastern to buy them.

The biggest challenge facing umbrella thorn acacia is charcoal burning and expansion of agriculture land. The mature tree is sought by charcoal burners because it is an important source of wood fuel and produces high quality charcoal. In Kitui and Makueni counties, households guard their trees jealously so that they can have fodder.