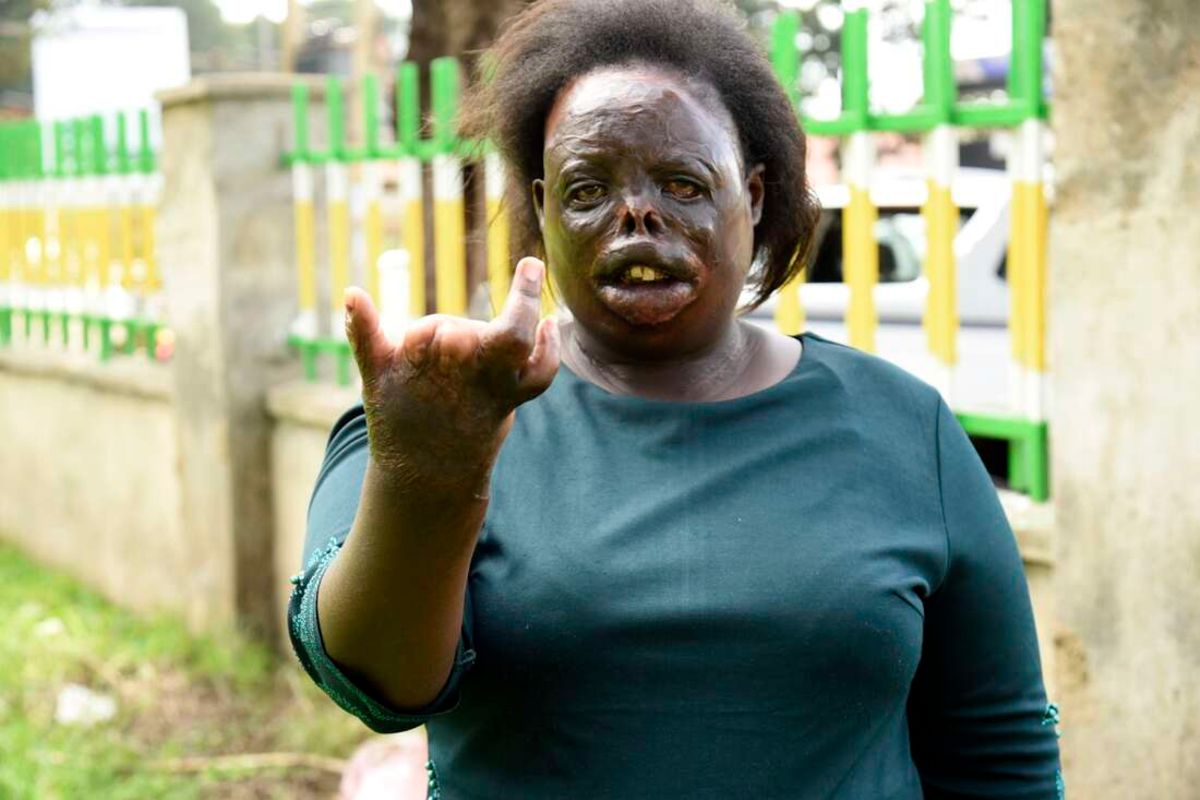 The day started normally, and she was preparing lunch for her family at 11am, when in a flash, the unthinkable happened, and she would end up in the mortuary.

Twelve armed men stormed the homestead where Ms Joyce Chepkemoi, her husband and two children lived in Kuresoi North, Molo Sub County, ordering them to remove their clothes and lie down before they started beating them up.

That was in early 2008, during the violence that followed the December 2007 elections, and the family was being targeted for the mere fact that they belonged to a different tribe. Since then, the emotional, psychological and physical scars are evident in Ms Chepkemoi’s life.

She lost her husband and her property. What she remembers is that before the attackers pounced on her, they lynched her husband Wesley Cheruiyot as she watched.

“They ordered us to say our last prayers, telling us that their only assignment was to finish us. We tried asking them what wrong we had committed but they just responded that we had voted for the wrong person. They started with my husband. They beat him up and then started mutilating his hands, private parts and then they chopped off his head as I watched,” says Ms Chepkemoi.

She was eight months pregnant, but with no mercy, her attackers descended on her with machetes. They chopped off her two fingers. Then they took the jiko she was using to cook lunch, and poured the burning charcoal on her, then left her for dead.

“I lost consciousness and I only regained it three days later, finding myself in a mortuary amid the dead and cold bodies. I was in so much pain, and I was hungry,” she says, adding that she raised her voice and asked what she was doing in a maize store.

"The only thing I could hear were people talking from outside. It dawned on me that I was in a mortuary when the attendant said ‘kwani customer ameamka tena, hakuwa amekufa? (this person is awake, she wasn’t dead?)’. I knew I was in the mortuary," says Ms Chepkemoi.

She later learned that her two children, who were playing in the fields before hearing the commotion at home, had run to hide in a nearby forest with other people who had also gone there for safety.

“I underwent treatment at St Joseph’s private hospital and luckily, my unborn baby survived and is now in Grade 5. I delivered him just two weeks later, while I was recuperating in hospital.

“I have burn scars on my body. My face was disfigured and I lost my two fingers. I have very hideous scars on my entire body, but I am lucky to be alive,” she says.

She was discharged from the hospital but her journey to full recovery was not smooth. Her family rejected her, and she had lost everything, including her home, which she has never returned to.

Ms Chepkemoi and her three children now live in Londiani sub-county in Kericho County with her sister. Her parents could not take her in, she says.

"After recovering, I thought they would gladly take me in. But they sent me away. They just packed my clothes in a maize sack and told me to look for a place to live. I had my two children and a one-month-old infant.”

Ms Chepkemoi now champions peace ahead of the 2022 General Election. She visits learning institutions to talk to the youth who are vulnerable to being used by selfish politicians for their own interests, and talks to everyone she encounters.

She says she took it upon herself to preach peace among Kenyans, saying that she does not wish for anybody to go through what she went through.

“What I went through is traumatising. I decided to preach peace, especially among our youths and boda boda riders, because they are mostly used by politicians to start violence. It is not a good thing. We as Kenyans should not allow ourselves to go back there," she says.

"Before the violence, my sister was fine, but now she can't even walk into a restaurant and eat comfortably, not because she doesn't want to, but because people run away from her,” says Ms Chelangat.

The scars on Ms Chepkemoi’s face, body and hands make it hard for her to secure employment, leaving her financially dependent on her sister. She also has high blood pressure that makes it impossible for her to stand for long.

Since the post-election violence, she has not been able to replace her identification card. She is optimistic that come 2022, she will get a new card, cast her vote and continue with her peace campaigns.