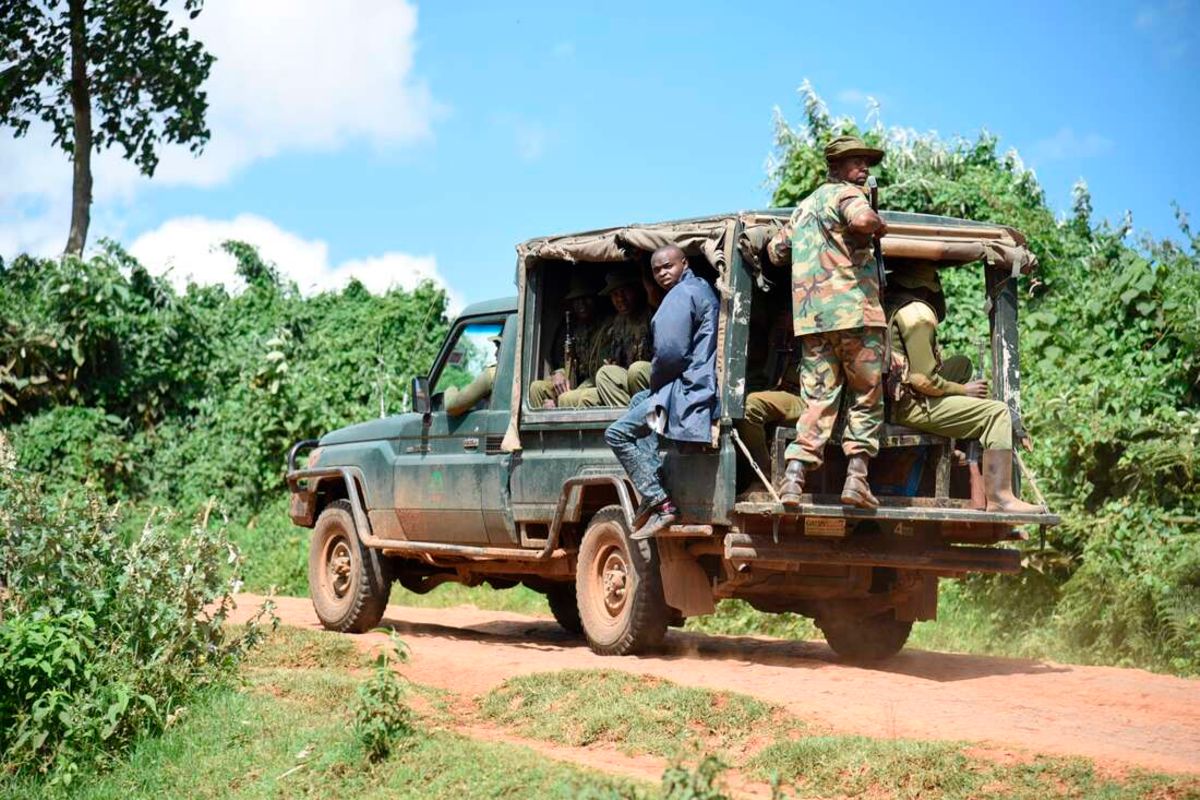 Police in Mbita, Homa Bay County are pursuing a suspect who attacked and injured a Kenya Forest Service (KFS) ranger who was guarding Lambwe Forest before taking his gun.

The suspect, who went into hiding after the Tuesday afternoon incident, is said to have overpowered the 45-year-old ranger after attacking him with a machete and disarming him.

The suspect had gotten into the forest in Lambwe West Location with the intention of illegally cutting down trees for burning charcoal.

According to Lambwe West Location Chief Daniel Obure, the KFS officer, who was patrolling the area, confronted the suspect and asked him why he was destroying the forest.

But the man attacked the ranger with the machete he was using to cut down trees.

Mr Obure said the KFS officer sustained injuries on his hands and head. One of his ears was also cut off.

"The extent of injuries showed that the suspect overpowered the officer. The man was armed with a machete while the officer had a gun,” Mr Obure said.

Despite the officer having a superior weapon, his attacker managed to disarm him.

He did this when the ranger was unconscious after being slashed.

Mr Obure said other KFS officers rushed to the scene to save their colleague after hearing the news. They managed to recover the stolen gun at a distance.

"The suspect had dropped the gun along a path within the forest before fleeing," the chief said.

The injured KFS officer was first rushed to Ogongo Sub-County Hospital before being transferred to the county teaching and referral hospital for specialised treatment.

Mbita Deputy County Commissioner Abraham Kemboi said a manhunt for the suspect had been launched.

"The suspect is still at large. We will, however, trace him and ensure he is charged," he said.

He said stern action will be taken against whoever will be found cutting down trees within the forest.