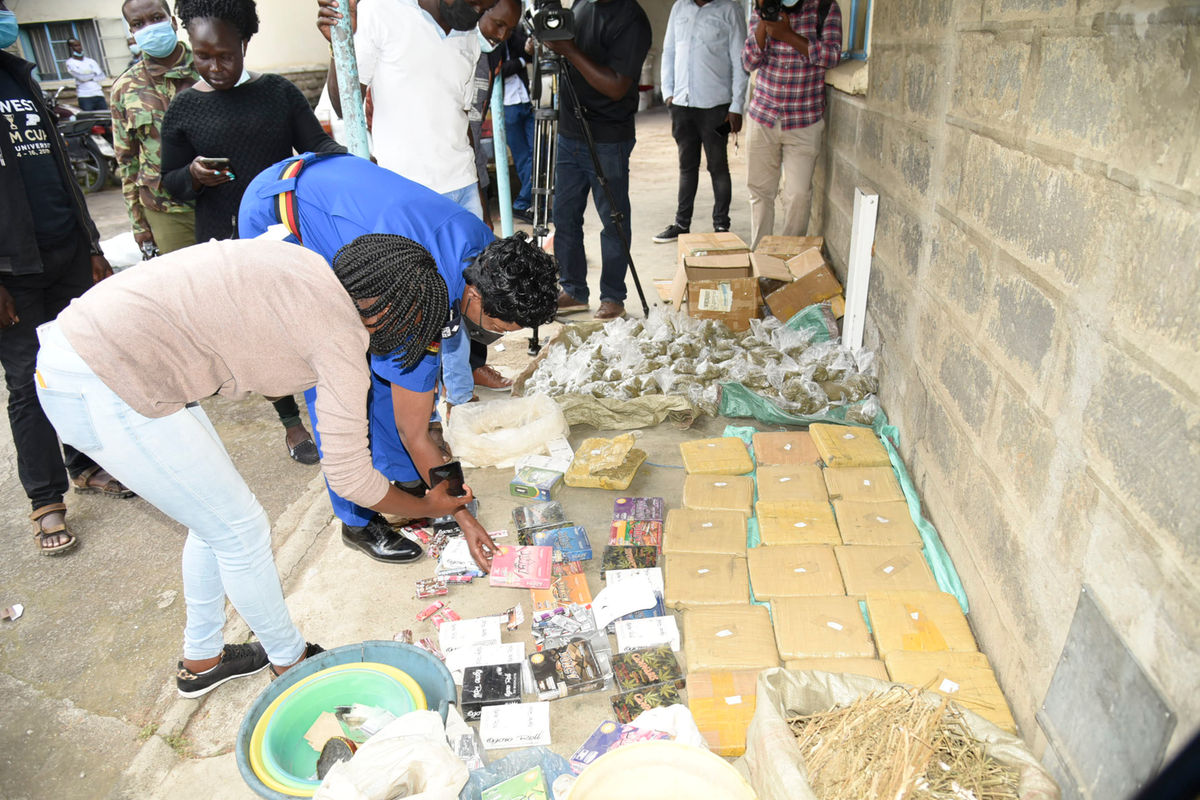 Police officers in Nakuru on Friday seized bhang and heroin, worth Sh1.2 million street value from a house in Bondeni Estate.

In a joint operation by officers from the Directorate of Criminal Investigations and the regular police, the officers raided the residential house following intelligence reports and managed to seize the drugs.

According to the Nakuru Town East Sub County Police Commander Ellena Kabukuru, who led the operation, an assortment of processed and packed bhang, bhang seedlings, cocaine and heroin were recovered.

"Acting on a tip-off, we managed to impound bhang and heroin worth more than Sh1.2 million. However, the suspect in whose house the drugs were impounded, escaped the police dragnet,” said Kabukuru.

"Security officers are pursuing the suspect and the accomplices," added the police boss.

“We don’t know where the drugs were heading to since they were already packed and stored in the house. We have launched investigations to establish where they were to be ferried to," she added.

The officer called on members of the public to expose cartels behind trafficking of bhang and other drugs especially in the informal settlements.

The peddling of hard drugs is rampant in Nakuru slums including Kwa Rhonda, Bondeni, Kaptembwa and Flamingo.