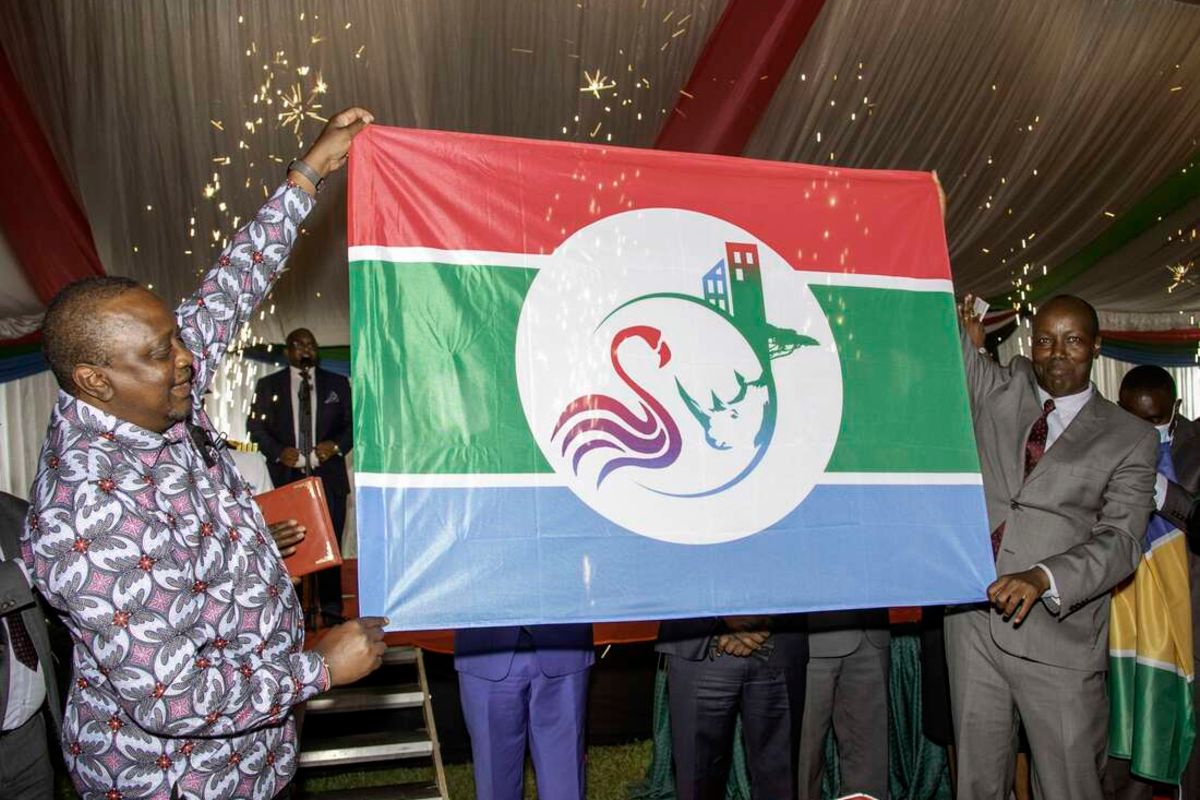 Piped water, better roads, improved health facilities and more jobs for the youth are among the goodies President Uhuru Kenyatta promised residents of Nakuru, which was yesterday elevated to Kenya’s fourth city.

The President, while presenting the charter that saw Nakuru join the league of Nairobi, Mombasa and Kisumu, said water will be piped to houses in Rift Valley’s biggest urban centre to match residents’ living standards.

“We’re building close to 50 boreholes that will supply enough water to the people of Nakuru and they will enjoy piped water just like those in Nairobi are,” the President said during the ceremony at Nyayo Gardens.

The Head of State added that Nakuru’s elevation would attract big investors, who, in turn, will create more jobs for residents.

Ongoing projects by the county and national governments would improve infrastructure while creating jobs for the youth, President Kenyatta said.

The projects include the Lanet International Airport, the Nairobi-Mau Summit road, the Nakuru-Kisumu railway, hospitals and the affordable housing development in Bondeni.

Upgrade of the Lanet Airstrip into an international airport, which is being done by the Kenya Airports Authority for Sh3 billion, will be completed by June next year, according to Transport Cabinet Secretary James Macharia, who was also attended the function.

The project involves the upgrade of a 1.7km-long military runway at the 81 Tank Battalion Barracks that is currently being tarmacked. The airbase will be a dual military-civilian facility.

President Kenyatta said the elevation inspired the launch of the affordable housing project in Bondeni. More than 600 housing units under the project will be completed early next year.

Mr Kenyatta also said that with the city status, Nakuru would enjoy more and better health facilities and recreation, including the Nyayo Gardens.

The national government set aside Sh186 million to expand the 2.5km stretch along the Gilgil weighbridge, while the Ministry of Urban Development and Housing mid this year launched the Sh2 billion Nakuru affordable housing project.

The government is also constructing the 65km Subukia, Lower Solai-Maili Kumi at Sh2.4 billion and has completed the Sh2.9 billion Mauche-Bombo-Olenguruone-Kiptagich-Silibwet road, which is 126km long.

Other ongoing road projects include Molo-Kibunja, costed at Sh478 million, Salgaa-Rongai at Sh252.5 million, the Subukia-Shrine road, the Sh199 million Mau-Summit–Junction Road, Maili Kumi-Nyahururu and Maraigishu-Kinungi and Mang’u-Berer. Nakuru had already upgraded some of its infrastructure, in fulfilment of the Urban Areas and Cities Act, 2011.