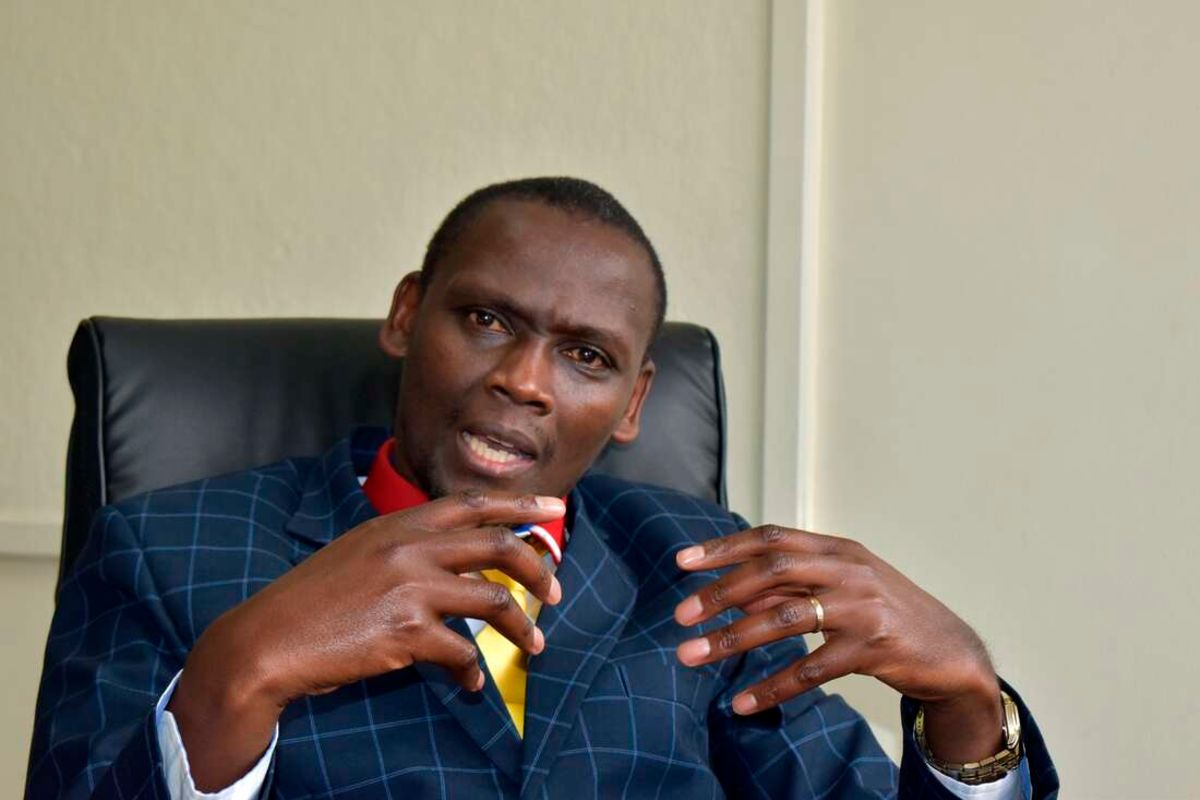 Professor Geoffrey Kihara Rurimo cuts an unassuming demeanour for a man of his academic excellence. We hold the interview at his office at Multimedia University of Kenya (MMU), where his accomplishments are revered, but looking around his surroundings, nothing gives away what the 51-year-old has achieved in science.

He is the only professor in the field of lasers and optics in Kenya and probably in East and Central Africa, it makes sense, therefore, that he is the first director of the National Institute for Optics and Lasers (NIOS), an institute he helped establish in 2018, and which is based at MMU.

“I did my PhD at the Max Planck Institute for the Sciences of Light. My particular area of interest was using a semi-conductor to study focus of light and what it constitutes,” he says.

The institute is part of the Max Planck Society which boasts of 20 Nobel Prize winners in the field of science. Professor Rurimo points out that lasers and optics is still a new field, that not many universities in the world offer courses in the discipline.

Lasers (light amplification by stimulated emission of radiation), have a myriad of applications, in dentistry for instance, to treat gums, in beauty therapy, to remove marks on the body, in industries, to cut metals, engrave, not forgetting laser-guided missiles used in the military. The don says that laser and optics is the future, as it offers a high degree of repeatability, accuracy and extreme speed. Work that would ordinarily be carried out in a week through conventional methods can take half a day when the technology is employed.

“With the use of laser, we are able to have operations that run 24 hours a day, every day. We will only be checking whether the systems are running from wherever we are.”

Through his efforts, a first-of-its-kind Max Planck Partner Research Group is to be established at MMU. The new institute will support African and international scientific communities following a successful proposal by Prof Rurimo early this year.

Together with his former professor at Max Planck Institute, Prof Rurimo put together the proposal, and on July 15 this year, he received the good news that his application had gone through. He had been appointed to head the Max Plank Partner Research Group at MMU, continuing his streak of many firsts.

“One of the conditions was for the director of the institute to nominate the African scientist. Professor Gerd Leuchs nominated me and sent me the application documents,” says an elated Prof Rurimo.

“The scientific work of Dr Rurimo has already gained international recognition and he shall continue on this successful path as the Head of the Max Planck Partner Group,” reads part the appointment letter by the president of the Max Planck Society , Professor, Dr Martin Stratmann. The partnership comes with a financial backing of Sh2.5 million annually for the next five years, funding that will support research activities by students who will be enrolled in the institution.

“Before an institute is approved to be become a full-time Max Plank Institute, it is normally assessed by international peers drawn from different countries for a period of five years,” he points out. His dream while pursuing his PhD was to return to Kenya and establish such an institute. Very interested in the field, he (through the university) applied for an infrastructural grant to the National Research Fund (NRF) in 2018 and was successful.

NRF granted MMU Sh66 million to establish a national training and research centre with specialisation in research and training in the same field.

“The money has helped equip our three laboratories, two for training and one for research. We are still in the process of getting more equipment which we are going to add to what we already have as our aim is to offer cutting edge training in laser and optics,” he explained.

Growing up in Kinangop in Nyandarua County, the father of three aspired to be a mechanical engineer but that dream was cut short when he was admitted to Jomo Kenyatta University of Technology (JKUAT) to pursue a Bachelor of Science in physics instead.

“I was a very discouraged person as I had not chosen the course. I even wanted to switch and pursue a diploma in engineering, but one of my lecturers told me that I could still graduate then do a master’s degree in electrical engineering. That comforted me,” he says.

He graduated in 1993 with a first-class honours, the first in physics at JKUAT, a record that stood for eight years. After graduation, he was employed as a graduate assistant on training at the university.

He was introduced to lasers through a unit in his third year and was enamoured by the fact that even light, not only current and voltage, could be amplified.

“I got curious about lasers. I realised it was an acronym for light amplification by stimulation of radiation. I fell in love with lasers and forgot the dream I had of becoming an engineer. I was convinced that it was something worth pursuing in the years to come.”

He was at the Juja-based university for three years before enrolling at the University of Adelaide, Australia, in 1996 for a master’s degree in optics and lasers. He returned to JKUAT where he taught for four years before winning a scholarship to study for his PhD through the German Academic Exchange Programme (DAAD).

He spent five years in Germany – this is where his academic path led him to the Max Planck Institute for Science of Light. He rejoined JKUAT and lectured for nine years before joining MMU in 2015.

The following year, Prof Rurimo initiated a programme in Bachelor’s of Science in Applied Optics and Lasers, the only one in Kenya and East and Central Africa. The first cohort of the programme (16 students) graduated last year.

“We are launching two master’s of science programmes in Optics and Lasers as the only institution in Kenya and the region. This is geared at training more people in this area who will apply the knowledge in the country. That way, we will have quite a good number of people with the know-how, and as a result, we can have various sectors of our economy applying this technology,” he concludes.