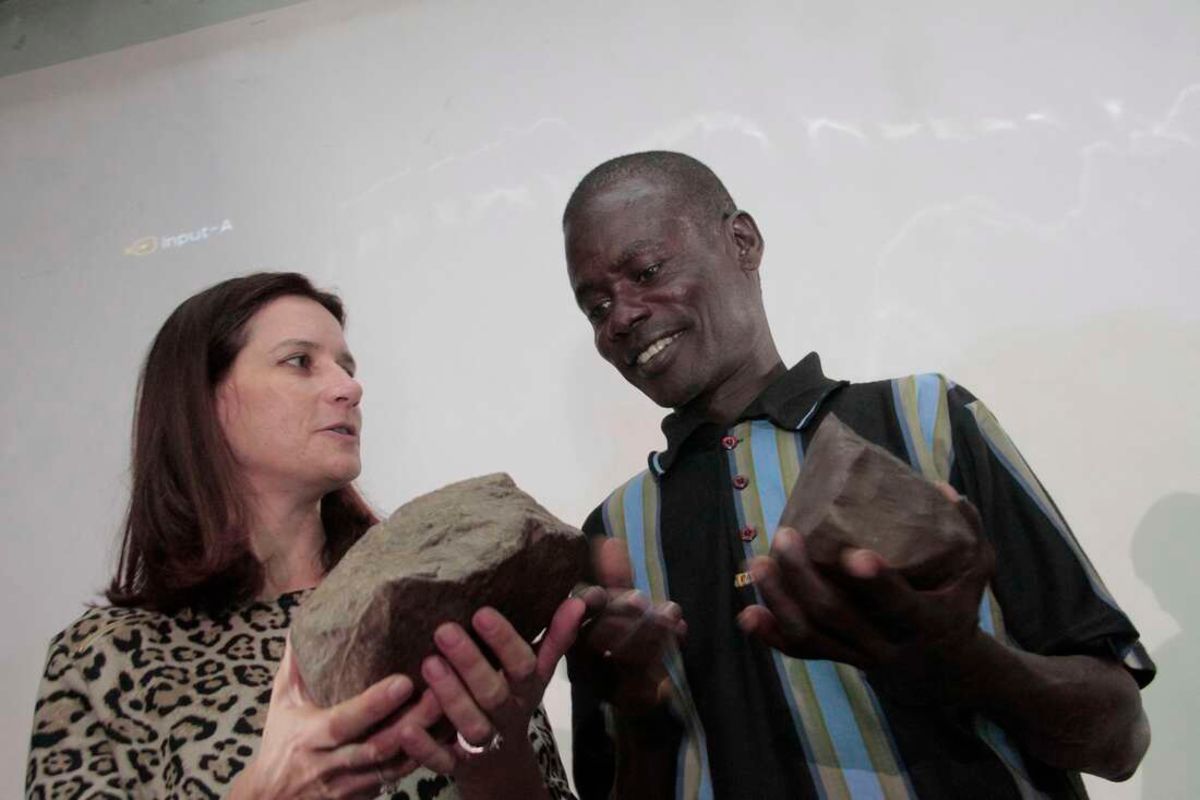 Experts have questioned Kenya’s decision to “lend” delicate fossils and ancient tools dating back millions of years to a small museum in Southern France for an exhibition.

The decision to allow the more than 145 specimen, which were discovered in Kenya over the years, to be flown out for display is said to have gone against a decades-long policy that has kept the museum items under lock-and-key.

Experts who spoke to the Sunday Nation say the only time such precious items are allowed out is for scanning and scientific analysis under strict conditions, including timelines, by the Sports, Culture and Heritage ministry and the National Museums of Kenya (NMK). Photographing or touching the specimen with the bare hands is usually prohibited. Items displayed for public viewing in Kenya are usually replicas, to avoid exposing the originals.

But recently, despite protests from experts, Kenya sent the delicate items to the Reunion des musees nationaux-Grand Palais, a cultural organisation in France, which currently has them on a public exhibition. Among them are stone tools obtained in Turkana and announced six years ago. Some were found to be 3.3 million years old upon conducting of scientific age testing, making them the oldest known human-made objects in the world.

Yesterday, Heritage PS Josephta Mukobe told the Sunday Nation that the items were lent out and not exported permanently.

“Museums all over the world lend each other some materials for specific purposes,” she said. “At the moment, there is an exhibition in France and the National Museums of Kenya has lent them some archaeological materials which are expected to be returned after the exhibition.”

It was not immediately clear what benefits Kenya would get from the deal.

What angers scientists is the fact that Kenya sent the original items to France and not duplicates.

Among those opposed to the move to transport original samples to France is the Turkana Basin Institute, a centre that specialises in human origin research. In an April 23 letter to the National Museums of Kenya (director-general Mzalendo Kibunjia, seen by the Sunday Nation, the institute’s director for research and science, Prof Isaiah Nengo urged that the transportation be halted.

“It has been a policy for decades that original fossils and archaeological artefacts are to be exported only for specialised scientific analyses not possible in the country. The exportation of these materials will set a precedent which may very well lead to loss or damage of irreplaceable scientific specimens,” stated Prof Nengo.

“I am writing with the kind request that the decision to export the original materials be reversed, and high-quality casts be used instead; not only for this but for all other future public exhibitions,” he added.

On May 12, paleoanthropologist and former NMK boss Richard Leakey wrote a letter to Cabinet Secretary Amina Mohamed of Sports, Heritage and Culture, also stating that the exportation should be aborted.

“The long-term dangers posed by the abrupt reversal of the long-standing policy not to permit the export of artefacts and fossils except for verified specialised scientific analyses … are quite serious,” wrote Dr Leakey.

He noted that the very items taken to France were being studied by a team, incidentally also from France, led by Dr Sonia Harmand, the director of the West Turkana Archaeological Project and whose team had found some of the the specimens. Incidentally, the work by the team in Kenya is supported by the French government through a bilateral research agreement bilateral

“The export of the material discovered by and still under study by her team, and without consultation, violates a long-standing tradition of not interfering with ongoing research,” Dr Leakey further stated.

Dr Harmand’s team discovered the specimens at Lomekwi 3, which they started exploring from 2011. Some of the results of their exploration at the area were released in California in 2015.

“Researchers say they have found the oldest tools made by human ancestors — stone flakes dated to 3.3 million years ago. That’s 700,000 years older than the oldest-known tools to date, suggesting that our ancestors were crafting tools several hundred thousand years before our genus Homo arrived on the scene,” the Science Journal reported of the findings in 2015.

That made the discoveries a coveted possession. Under normal circumstances, such items are stored under tamper-proof conditions.

“They stay in vaults like those in banks. The walls of the vault are thicker than a metre,” said Dr Leakey.

Yesterday, we asked Ms Mukobe whether she was aware of the opposition to the transportation of original artefacts.

“Movement of artefacts from the museums is done within general guidelines,” she said, as she attempted to find out where the Sunday Nation got the information.

Dr Leakey said on the matter.   “I’m surprised the National museum and the minister would agree to send one of the most important scientific discoveries ever made in Kenya,  that is those artefacts, to be exhibited in a provincial museum in France. Kenyans have never seen them; why do we favour the French or anybody else before our own people?” posed Dr Leakey.

In the 1970s, he said, a long-standing disagreement arose between him and his father Louis because of divergent opinions on cross-border movement of fossils and other discovered items.

“He (his father) was sending very precious specimens to a colonial power, Britain — to the British Museum. Not for exhibition, but for scientists to study and make casts,” said Dr Leakey. “And when I came to the museum as the first Kenyan national director, I went to the board and said, ‘I don’t think we should do this. These things should stay here and people who want to see them, let them come to Kenya.”

According to a list seen by the Sunday Nation, some of the items taken to France include stone flakes, hammer stones, a pick axe, a hand axe and fossils of parts of various animals that include a hippopotamus, crocodile and an extinct member of the big cat family.