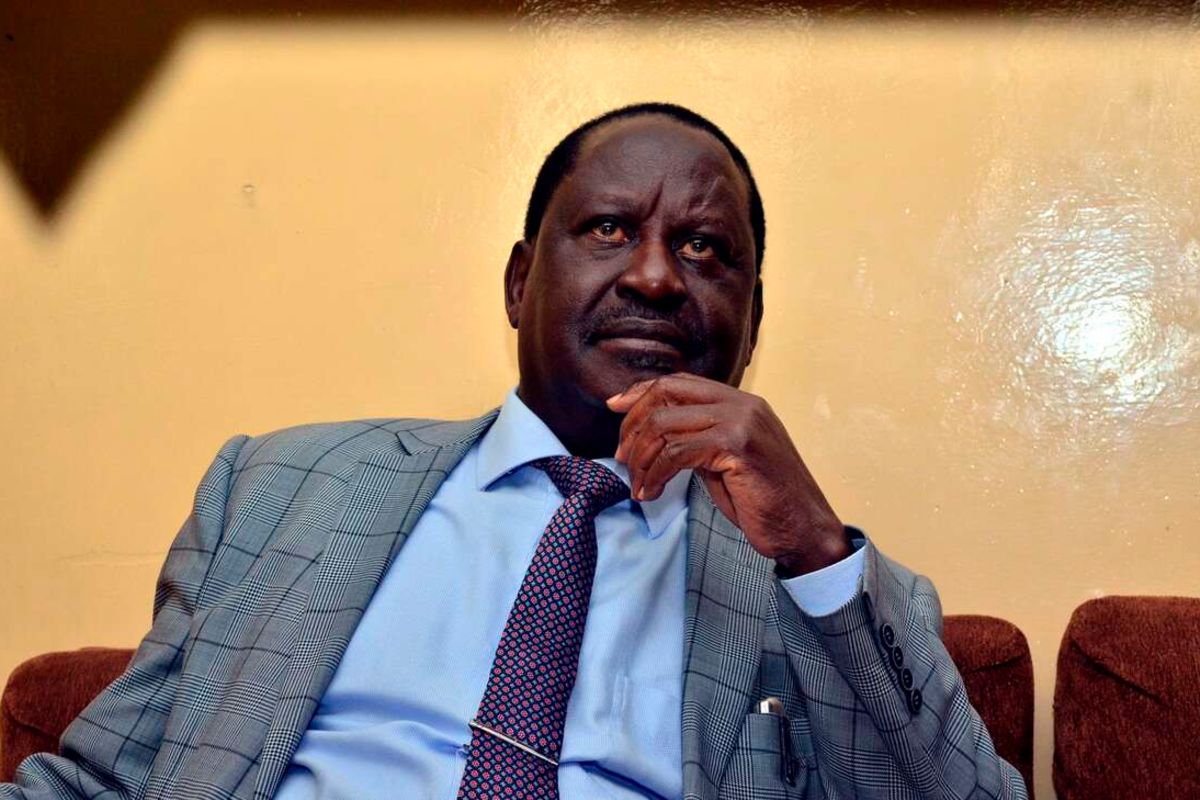 Orange Democratic Movement leader Raila Odinga is facing a political dilemma as a majority of his close allies gear up for the coveted gubernatorial positions.

The ODM leader faces a tough balancing act as he tries to juggle loyalty, popularity and political usefulness of the candidates.

Some among his loyal lieutenants are quite unpopular on the ground, yet Mr Odinga needs them on his side for political capital.

The clamour for the coveted seats has sown political tension mainly in Mr Odinga’s strongholds of Coast, Nyanza, Western and even Nairobi, where the former Prime Minister has substantial support.

At the Coast, for instance, as Mombasa Governor Hassan Joho exits the stage, the race to succeed him has attracted Mr Odinga’s allies including Mvita MP Abdulswamad Nassir and the 2017 Jubilee candidate, businessman Suleiman Shahbal, who has since developed a cordial working relationship with the ODM leader courtesy of the latter’s ‘Handshake’ deal with President Kenyatta.

Mr Joho, who has since declared interest in the ODM presidential ticket, is said to favour Mr Nassir, leaving Mr Odinga in a dilemma over whether to endorse the son of the former Cabinet minister or reward Mr Shahbal’s newfound loyalty to him.

In Kilifi, Mr Odinga’s men are said to be keen on backing former Kilifi North MP Gideon Mung’aro at the expense of ODM loyalists. Mr Mung’aro lost his seat in 2017 after he vied on the Jubilee ticket.

It is worth noting that ODM lost the Taita Taveta gubernatorial seat in 2017 due to ‘sibling’ rivalry between former Governor John Mruttu and former Wundanyi MP Thomas Mwadeghu, who was favoured in the ODM primaries, leading to the defection of Mr Mruttu, and the subsequent loss by ODM to Mr Granton Samboja of the Wiper party.

In Nyanza, a vicious political battle is taking shape as the former Prime Minister’s troops position themselves to dethrone sitting governors or succeed those in their last term.

In Kisumu, Governor Anyang Nyong’o will be defending his seat next year. He is likely to leverage his closeness with Mr Odinga to clinch ODM’s ticket in a face-off with Mr Odinga’s sister Ruth Odinga and Kisumu Senator Fred Outa, who are also eyeing the seat.

Mr Outa has continuously raised concerns over what he terms rampant corruption and discrimination against some parts of the county when it comes to development.

He claims projects have been initiated without public participation.

“It is obvious I am going for the county’s top seat,” Mr Outa told the Nation.

Mr Outa was a key member of Prof Nyong’o’s campaign in 2017, playing an integral part during the announcement of the governor as the ODM nomination winner.

Ms Odinga insists it is her time to lead, having served as the deputy governor.

“There exist huge gaps in this administration and services to the people are wanting. I’m offering myself, not because I am Raila’s sister, but because I have what it takes to take Kisumu forward,” she said.

Mr Mbadi is the ODM national chairman, while Ms Wanga is the party’s chairperson in Homa Bay.

They have both started campaigning in a race that complicates Mr Odinga’s game plan  because the two are his trusted foot soldiers.

"I have made enough consultations and concluded that I am running for the Homa Bay gubernatorial seat,” said Ms Wanga recently.

Mr Mbadi has also hit the campaign trail, saying he is the most qualified person to succeed Mr Awiti. He said being re-elected twice as Suba South MP has given him more experience.

“I have a lot of experience in financial management. No one can manage public funds better me,” he said.

There is also former Nairobi Governor Evans Kidero and former Kasipul MP Oyugi Magwanga, who have aligned themselves with Mr Odinga.

Dr Kidero is seen as resourceful to Mr Odinga’s national campaign and recently accompanied him on a tour of the Coast.

Senator James Orengo and Ugunja MP Opiyo Wandayi, who is also ODM’s secretary for political affairs are embroiled in a do-or-die battle to succeed Mr Rasanga.

This duel is said to be behind the turmoil in ODM following the BBI falling-out,  a claim Mr Odinga’s spokesperson, Mr Dennis Onyango, dismisses.

Mr Odinga is said to be trying to tame his siblings' political ambitions ahead of his bid to succeed Mr Kenyatta.

"It is unfair to campaign and use a lot of funds only for some people to say there is no way I will be governor and Raila also becomes President. They told me it will not augur well in the public domain," Dr Oginga said recently.

Migori Senator Ochillo Ayacko will also battle it out with Woman Representative Pamela Odhiambo to succeed Governor Okoth Obado. This throws Mr Odinga into a dilemma on who to endorse.

Mr Ayacko ran for governor as an independent candidate in 2017 but lost to ODM’s Zachary Obado, who has since shifted his loyalty to the Peoples’ Democratic Party (PDP).

In Western, former Funyula MP Paul Otuoma, who left ODM to run for the Busia governor’s seat as an independent in 2017, has since returned to Mr Odinga’s inner circle and will run for the seat once again, against Busia Woman Rep Florence Mutua, also a loyalist of Mr Odinga.

In Vihiga, whereas Governor Wilbur Ottichilo will be defending his seat on an ODM ticket, senator George Khaniri of Amani National Congress (ANC) is also eyeing it. He is an ally of Mr Odinga even though he was elected on an ANC ticket.

In Kakamega, Kenya Electricity Transmission Company MD Fernandes Barasa is also said to be seeking to replace ODM deputy party leader Wycliffe Oparanya as area governor, even though he is yet to officially declare his interest. Also in the race is Deputy Governor Philip Kutima.

In Bungoma, another Raila ally, Governor Wycliffe Wangamati of Ford Kenya, who fell out with his party boss Moses Wetang’ula, will be seeking re-election.

It is not clear whether Mr Odinga will endorse him as happened in 2017 or he will go for the former assistant minister in the defunct Office of the Prime Minister, Dr Alfred Khang’ati, his lieutenant.