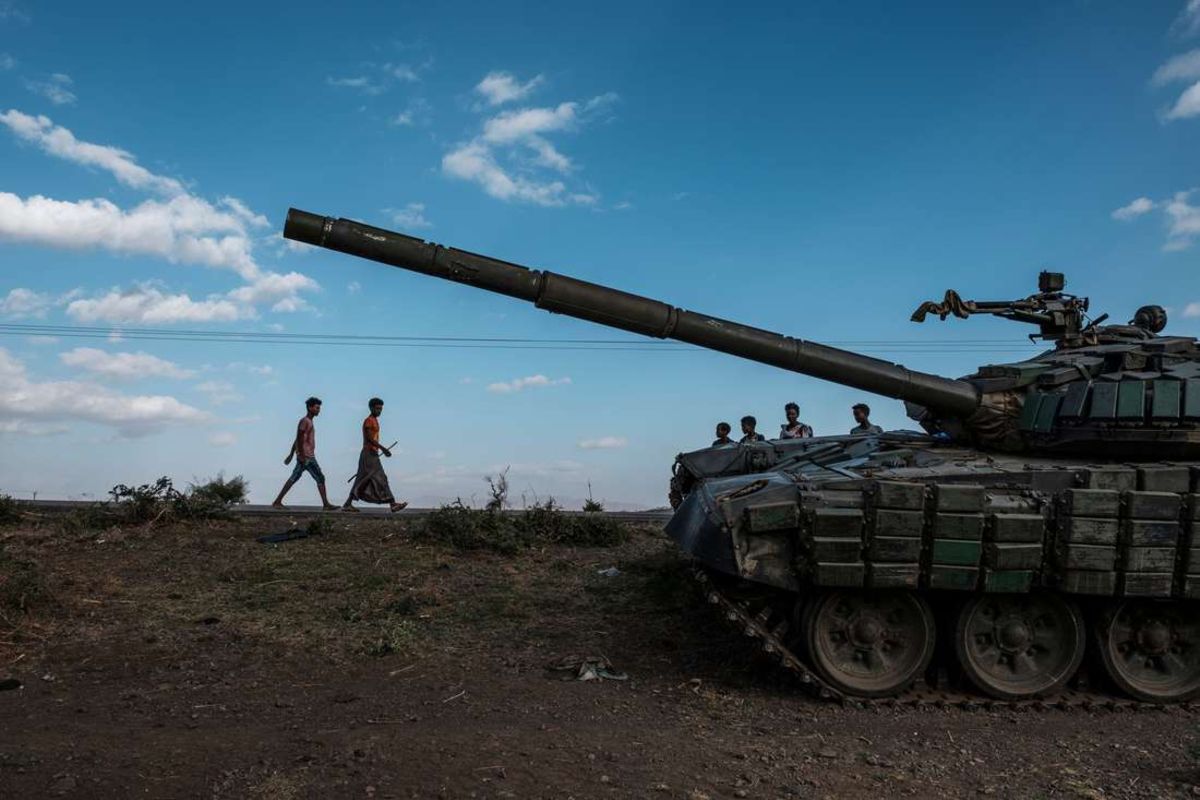 The Sudanese military has again accused Ethiopian forces of threatening its soldiers and civilians near a tense disputed border section as a decades-long tiff between them threatens to escalate.

Sudanese army officials said they responded by firing rockets into Ethiopian territory in the early hours of Tuesday.

While Ethiopia denied that it launched an attack on the border, it blamed the dispute on rebels from the Tigray region.

The Sudanese military’s official statement said that its forces advanced towards Saqi'ah, east of Barkat Noreen, to “clear the area of some pockets of threats and ambushes of the Ethiopian forces, in order to secure the harvest season from any sudden attacks”.

On Sunday, the Sudanese army announced in a statement that six of its members had been killed and more than 30 wounded in an attack in the fertile agricultural area of Al-Fashqa that it attributed to armed groups and militias linked to the Ethiopian army.

However, in statements broadcast by Ethiopian official media on Sunday, government spokesman Legisi Tolo denied reports that the army had launched an attack on Sudan, saying that they were "unfounded".

“A large group of rebels, bandits and terrorists have entered (from Sudan)," he added. He stressed that "the Ethiopian National Defence Force and the local militia have eliminated them”.

He said that the Tigray People’s Liberation Front (TPLF) was conducting training in Sudan and receiving support from "foreign sponsors", whom he did not specify.

“There are lands invaded by the Sudanese forces. The government is seeking to settle (the conflict) by a peaceful process through dialogue and negotiation,” he added.

For years, Ethiopian farmers have been cultivating the Al-Fashqa area, which Sudan says lies in its territory.

In November 2020, as Ethiopian Prime Minister Abiy Ahmed sent federal forces to Tigray to battle the TPLF, Khartoum deployed soldiers in Al-Fashqa in a move Addis Ababa considered a provocation.

This area borders the Amhara region of Ethiopia and has had its border demarcation delayed for nearly a century.

The chairman of Sudan’s Sovereign Council, Lt-Gen Abdel Fattah Al-Burhan, had on Monday visited the troops in Barakat Noreen, in the city of Al-Fashqa, Gedaref state, in the wake of the Ethiopian attacks.

But he said Sudan was committed to good neighbourly relations with Ethiopia, though he added that Sudan would not surrender any part of its territory and that the troops were ready to defend the country against any aggression.

This area was the scene of bloody clashes last year that left 90 Sudanese soldiers dead, according to the army statement.