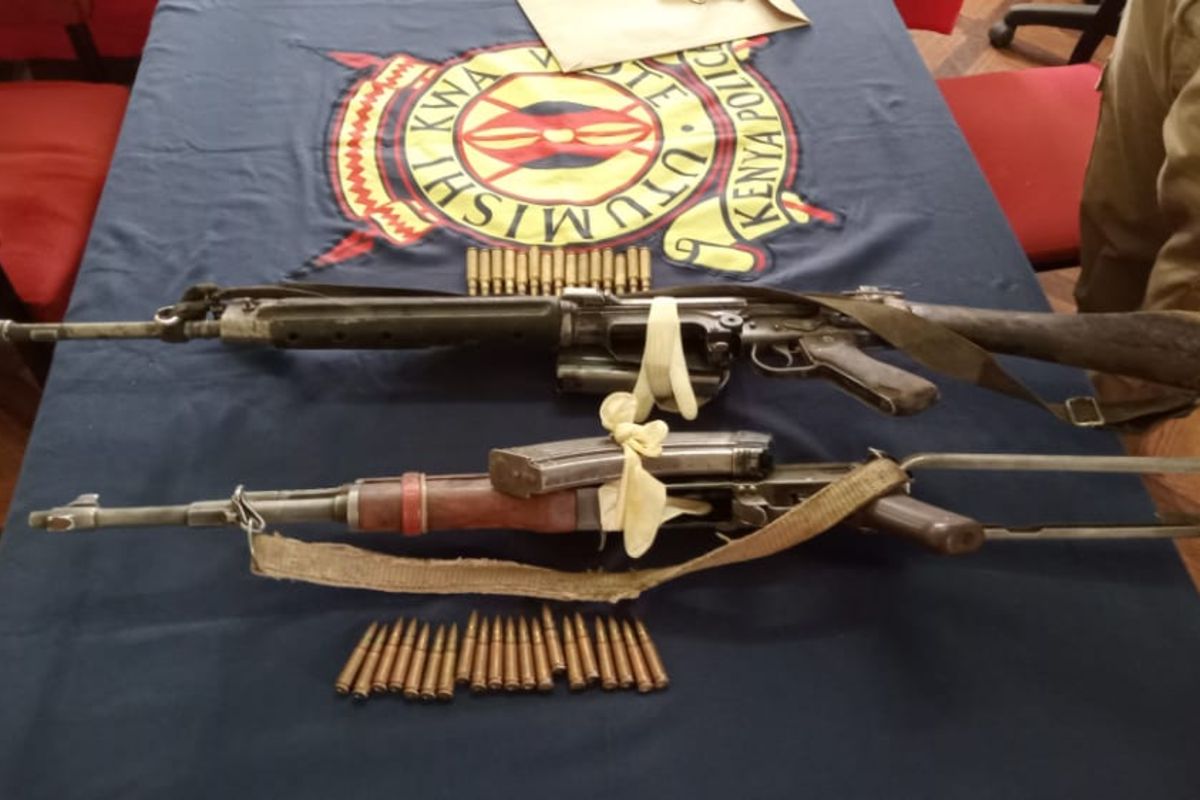 The two firearms - AK-47 and FN FAL with 20 and 14 rounds of ammunition respectively - were recovered during an operation to repulse raiders who had stormed the rustling prone area.

In the incident, one ranger was killed following a gunfight with bandits, according to the Samburu County Police Commandant Samson Ogelo.

The incident comes barely two days after one suspected cattle rustler was killed in Samburu by police officers and an M16 rifle with 25 rounds of ammunition was recovered.

Mr Ogelo said a contingent of police officers from the Anti-Stock Theft Unit (ASTU) are still pursuing the criminals who escaped during the incident.

“They had a gunfight for several hours during which one ranger was killed. Our officers repulsed and recovered two firearms. We are still pursuing them," Mr Ogelo said on Friday.

The police boss assured residents that security in the area has been beefed up and urged them to report any suspicious characters to authorities.

"These criminals are living within the community. That is why we are appealing for members of the public to assist us with information so that we can arrest the suspects,” Mr Ogelo added.

Cases of cattle theft have been on the rise across Samburu County lately, in what security authorities attribute to illegal firearms.

On Tuesday, police killed a suspected cattle rustler and recovered 27 stolen livestock in Longewan area, Samburu West. Police said the deceased was part of a gang that had been terrorising locals.

Police officers waylaid the bandits before an exchange of fire ensued for more than one hour. One of the criminals was killed while several others escaped.

Cattle raiding and bandit activities has led to senseless killings of hundreds of people in the region.

Over the past five days, about seven people have died while seven others sustained gunshot injuries amid cattle raids and retaliatory attacks in various parts of the wild Samburu County.

The incidents are being reported even as leaders and elders held peace talks across the region to end animosity between warring communities.

They also reached out to Turkana residents who live in Marti, Nachola and Baragoi.

“We are trying to bring elders from all the communities around the troubled region to end animosity. We are one and there is no need of fighting each day," said Governor Lenolkulal.

Some people had already fled the area due to frequent attacks.

“This is a critical moment and as leaders, we cannot allow this to happen. We must either find a solution, we have to embrace peace," Mr Lenolkulal said.