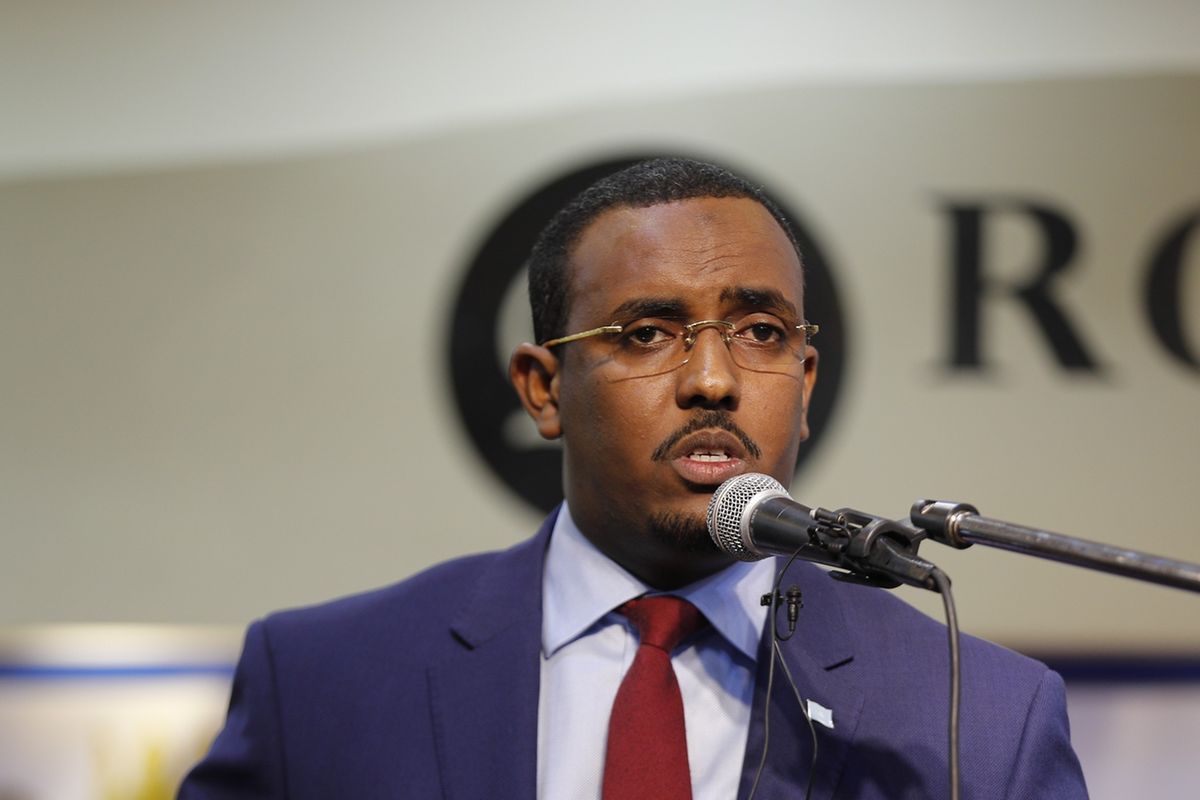 Somalia’s Finance minister Mohmaud Hayir Ibrahim has accused a Canadian journalist and a non-governmental organisation of hacking his email and plotting to kill him, amid investigations into illegal fishing in the country’s Indian Ocean coastline.

Mr Ibrahim has asked the Kenyan courts to issue orders barring Canadian journalist Jay Bahadur and the Global Initiative against Transnational Organised Crime (Giato) from investigating him over illegal fishing along Somalia’s coastline.

The Somali minister is at the centre of Mr Bahadur’s investigation into the North East Fishing Company (Nefco), which is one of the region’s largest exporters of seafood to China.

Nefco works with the China Overseas Fisheries Association to supply fish to the Asian country, but Mr Bahadur’s probe revealed that most of the catch is obtained illegally and with the aid of government officials.

Mr Bahadur and the Switzerland-based Giato have been probing several Somalia government officials suspected to have been aiding illegal fishing by a three decade-old company, North East Fishing Company (Nefco).

Somalia’s Finance minister claims in court papers that the Canadian journalist and Giato hacked into his email and obtained sensitive information that was to be used for publication, and wants the High Court to intervene.

While Mr Ibrahim cites violation of his privacy and that he now fears for his life, the Somalia government bureaucrat does not state why he filed the suit in Kenya, rather than his homeland.

The journalist’s report states that Mr Ibrahim holds a diplomatic passport, and is also a citizen of Kenya and Djibouti.

Through Giato, Mr Bahadur last month published an investigative report on the vice, and it pointed to several government officials, including Mr Ibrahim, in aiding illegal, unreported and unregulated fishing in the Indian Ocean.

The report stated that government officials used their positions to get kickbacks in return for issuing fishing licences to companies like Nefco.

Mr Bahadur also revealed that Mr Ibrahim, a cousin to Nefco director Isse Haji Farah, previously worked for the fishing company as an assistant manager before joining the government.

Mr Farah’s brother, Shire Haji Farah, is a minister in the Puntland State of Somalia.

The report indicates that Mr Ibrahim’s role is to act as a middleman between Nefco and the Fisheries ministry, a relationship that helps secure trawling licences for his cousin’s company.

Trawling is a fishing method in which a net is dragged through the water, and it collects several fish at a go.

The method is illegal in Somalia, but Nefco has been landing trawling licences to collect fish along the country’s coastline.

Mr Ibrahim’s suit was a last-ditch effort to stop the journalist and Giato from completing and publishing their investigations into the illegal fishing racket.

“The respondents have arrogated to themselves the powers of law agencies and disregarded the due process of the law in illegally seeking to obtain my details. However, the respondents’ impugned actions herein have compromised my freedom and security. I currently fear for my life and I am not my free agent. I am unable to carry out my activities freely as I used to,” the Somalia Finance minister adds.

Interestingly, Mr Ibrahim does not deny the allegations of being involved in the illegal fishing syndicate, but only claims that information regarding his role in the licence issuance was obtained illegally.

Most of the Somali government officials that were mentioned in the report, and the China Overseas Fisheries Association, did not respond to questions asked by Mr Bahadur and Giato.

Contempt for the arts and humanities will ruin Kenyan society