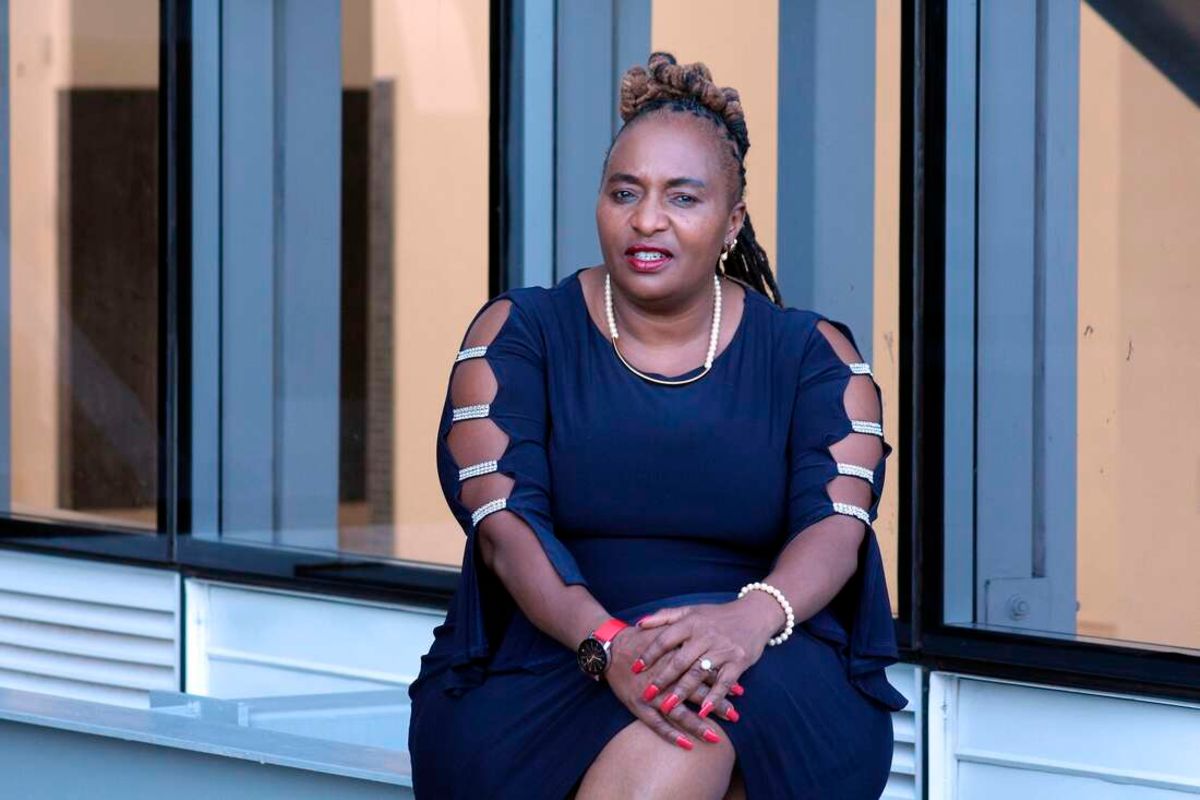 Private detective Jane Mugo, who was last week attacked and dumped near Cengalo Forest along Eldoret-Nakuru highway in Burnt Forest, has revealed why  she was attacked.

The spy queen has alleged that her attack might be linked to a sensitive murder case she is investigating and her interest in Kirinyaga County Woman Representative seat in 2022 polls.

Speaking from her hospital bed in Eldoret on Sunday, Ms Mugo said since she started investigating the murder case which is linked to a police officer in Busia County, she has been receiving threats.

Ms Mugo said after receiving threats over the murder case, her family advised her to stop investigating the case.

Ms Mugo, however, said that at the time of her attack, she was heading to Bungoma for an event related to her NGO.

She also associated the attack to her political ambition in Kirinyaga County where she is eying the Women Representative seat in the 2022 General Election.

She also alleged that her kidnappers mentioned her interest in politics during the abduction.

“One of my four abductors asked me what was pushing me into Kirinyaga politics,” Ms Mugo told Nation.Africa.

During the incident, the private detective sustained fractures on her hands with two broken fingers. She has urged the police to investigate the incident and bring to book her attackers.

Her family led by Mr Daniel Naleke termed the attack as unfortunate and called for justice to Ms Mugo.

“As a family, we urge police to do speed investigation for the truth to be known and avert further speculations about Jane’s attack,” said Mr Naleke.

The family has hinted that they will fly her to Nairobi for specialised treatment.

The incident was first reported at Kondoo Police Station, where it was revealed that the abductors obstructed Ms Mugo’s vehicle at around 6:30pm on Thursday on the busy highway using a Subaru car.

The assailants also kidnapped her driver, Kevin Okoth and another man identified as Newton Manyana.

The private detective lost some of her personal effects including two mobile phones during the incident. The police are yet to find the car used during the attack.

Uasin Gishu County Police Commander Ayub Gitonga said investigation into the incident is ongoing. Mr Gitonga said Ms Mugo’s vehicle was recovered in Mumias while her driver and the other passenger were   dumped in Baringo County.

Police are yet to make any arrests in connection to the assault and kidnapping incident.