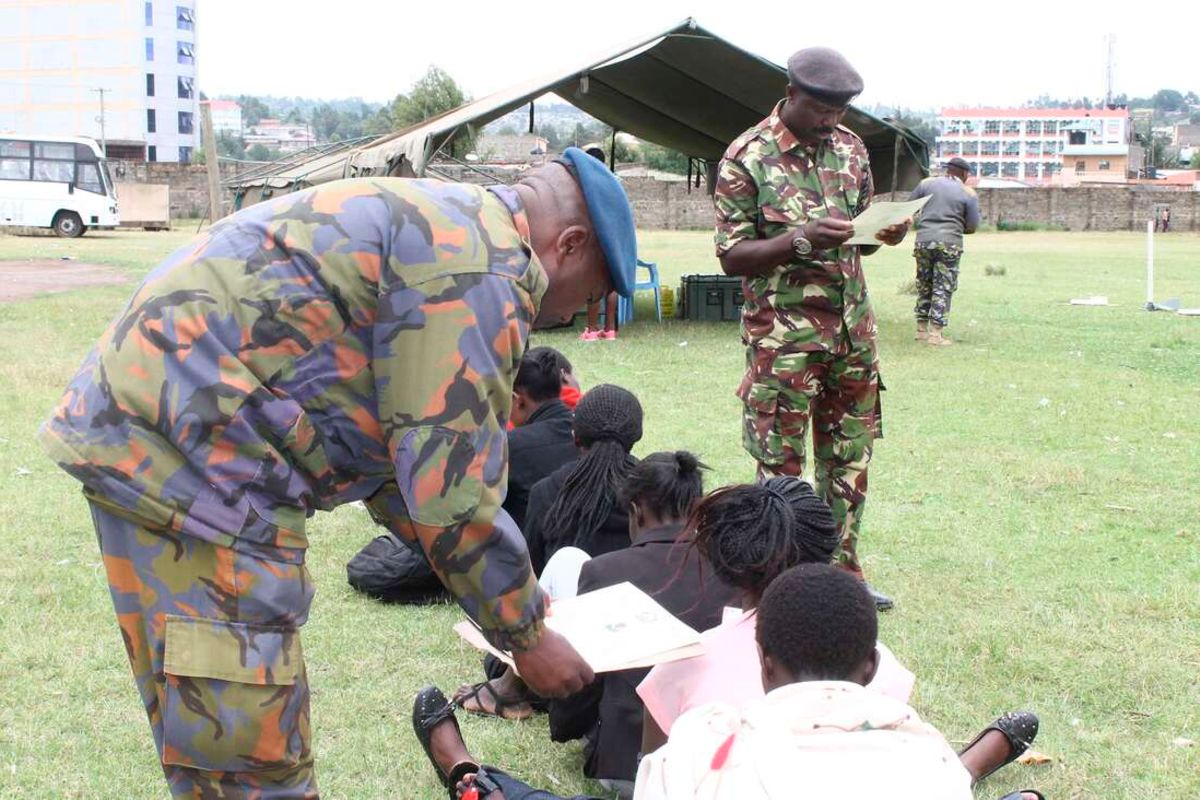 The exercise that took place in 327 recruitment centres across the 47 counties was concluded on November 26.

According to the DCI, the woman, 22, confessed to having trained in weapons handling, kidnapping, robbery and use of explosives for two years with Al-Shabaab.

She alleged he was kidnapped from Kilifi County in 2019.

The DCI says the woman was arrested following a tip off from members of the public.

"Police officers based at Songhor police station received a tip off from locals about a woman who was cohabiting with a man in Kamalambu village but appeared suspicious," said the DCI.

The suspect also confessed to escaping from her captors through Lamu before heading to Kamalambu village in Songhor ward.

Police said she was arrested Tuesday evening and taken to Kapsabet police station.

They say her motive is yet to be established, but Anti Terror detectives in Eldoret are investigating the case.