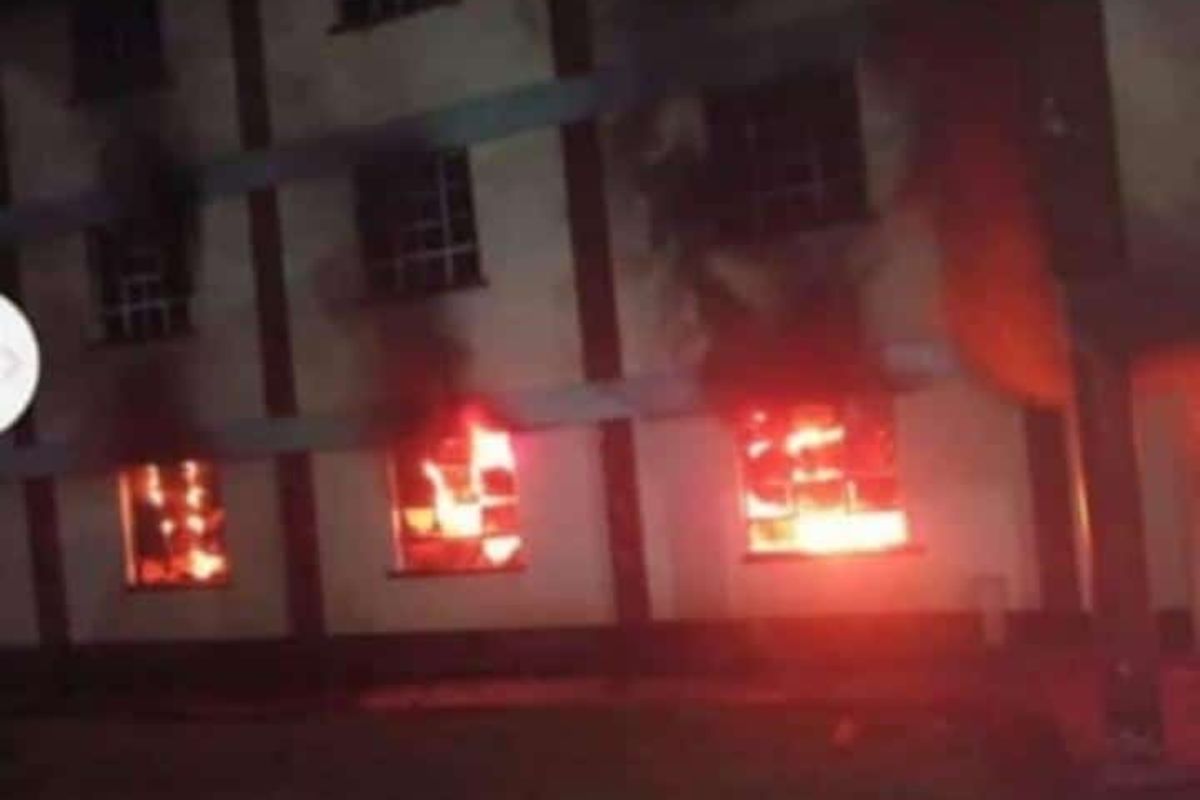 A teacher and a Form Four student at Tarang’anya Boys High School in Migori County have been arrested after a dormitory at the institution.

The fire is reported to have started at 9.30 pm Saturday before the school’s principal Mr Gabriel Kiyeny alerted police.

“It was established that an unknown person jumped over the school fence and set  on fire the two storey Twiga Dormitory’s ground floor which houses about 200 students,” said the police report.

“The entire ground floor went up in flames and students’ property of unknown value was destroyed but no injuries were reported,” the report added.

Kehancha Sub County Police Commander Cletti Kimaiyo said the teacher and the student were being treated as main suspects.

“The teacher and the 19-year- old student are suspected to be behind the fire. Investigations are currently in progress and we have confiscated two mobile phones from the suspects for forensic analysis,” said Mr Kimaiyo.

The fire incident is the ninth in the county this year.

On October 30, property of unknown value was destroyed at a dormitory at St Michaels Nyandema Mixed Secondary School in Nyatike Sub County.

Migori County Commander Mark Wanjala said nothing was salvaged from the dormitory.

At St Peters Abwao, students are suspected to have set alight the 208 bed capacity dormitory.

Education stakeholders and Principal Jactone Ogolla were forced to send the affected students home as police stepped in to investigate the fire.

On February 20, three school dormitories went up in flames at Kodero-Bara High School in Rongo Sub County as well as Moi Nyatike and Winjo secondary schools in Nyatike Sub County.

Moi Nyatike High School students were suspected to have started the fire at the 100 capacity institution after another 161 dormitory was destroyed on February 2.

At Kodero Bara, no property was salvaged from the 200 capacity dormitory.

At Winjo Mixed Secondary School, 89 students spent the night in the cold after their dormitory was razed in suspected arson.