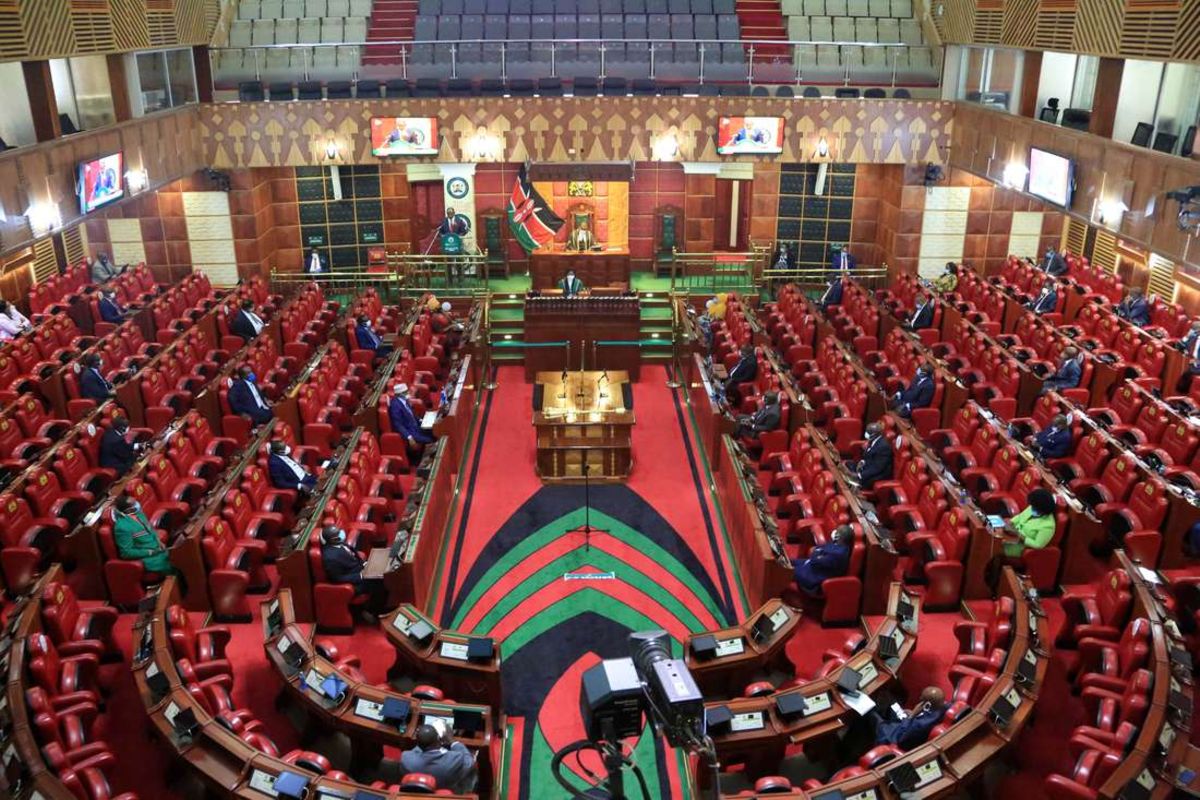 Spare a thought for those poor legislators who have never uttered a word in Parliament this year, and possibly the previous years. They have been pilloried mercilessly by the media all week, and they still haven’t spoken out, even to defend themselves. For this awful dereliction of duty, they should be fired.

They should also, in fact, be surcharged for all the millions of shillings they have been receiving in salary for doing no work at all. And since this is a clear case of “earning” money through fraud and false pretences, they should also face the law and do time if found guilty.

However, none of this is going to happen to them, and chances are many of them will be re-elected with even bigger majorities next year. They will probably also be picked again to become members of House committees where they will continue “earning” fat sitting allowances for doing just that – sitting.

The question is, if indeed the job of a legislator is to legislate and to do so he or she must present his or her views to colleagues, constituents and compatriots in general, why then choose “to work in total silence” as one prolific blogger puts it? Who is getting short-changed?

This week’s report by Mzalendo Trust, a public interest lobby that tracks the performance of parliamentarians, fingers 31 members of the National Assembly and two senators as having absconded duty for a whole year, some since they were elected. Since the official record of proceedings in Parliament, the Hansard, does not lie, such people cannot wiggle out of the accusations by claiming that their competitors are out to finish their political careers.

I have a sneaking sympathy for those legislators who find it difficult to articulate their views and in the process expose the lacuna in their thinking capacity so I will try not to be too hard on them, for the gift of the gab cannot be for everyone. There are those who are born with it, which is a great advantage in politics. And then there are those who think through issues and because their brilliance shines through when they speak -- whether they stutter or not-- they are very convincing and therefore most effective.

And then there are those who may know their stuff but choose to keep a low profile because they operate best in small groups, but when they have to vote, they do so with their conscience and therefore do the right thing even if it is unpopular.

But then there are the born demagogues: people who will appeal to the prejudices of their audience, not through rational argument, but through generalisation, exhortation, incitement, personalised insults, blatant lies and stereotyping.

Unfortunately, the more successful politicians tend to be in this last category, though very few use these gifts with their peers for they will be told off immediately. What they do is to employ such tactics during mass rallies and campaigns where they know their views will resonate with the majority in the audience.

In those settings, they do not have to make sense; all they need to do is to arouse the base instincts, the primeval herd hostility against their rivals in opposing political formations. This they do very well, mostly in their local tongues.

Talking of tongues, it is obvious that some are severely handicapped by the very use of the English language during debates. But this must be a mere excuse since debating in Kiswahili is allowed in Parliament these days (there is even a day, Thursday, which is dedicated to the exclusive use of Kiswahili during debates, a very patriotic move I must say). The real reason must be that few of them do their home-work on important issues, or they don’t take time to study the pertinent subject because they know that during the vote, they will merely wait for guidance from their political godfathers.

This sort of disinterest cuts across the board, which is a great pity. It could, in fact, be the reason why our Parliamentarians often pass Bills into law and then years later, wonder what had bitten them. The running debate on the mandatory degree requirement for all political aspirants is a case in point. Very few of them seem to have thought through the implications of what they were doing while amending the Elections Act back in 2017.

Today, some are arguing that making speeches in Parliament is merely kizungu mingi; that what matters most is service to their constituents. They may have a point, though I don’t really see it. Higher education and service to the people are not mutually exclusive.

Yet another reason is that some legislators may not know just how much power they wield, power that gives them opportunities to do good for the welfare of the nation.

Ordinary Kenyans were recently surprised when MPs overruled the Treasury when it purported to tax basic foodstuff like unga and bread.

That is the kind of thing the voter wants to hear, and it doesn’t have to be said in elegant diction.