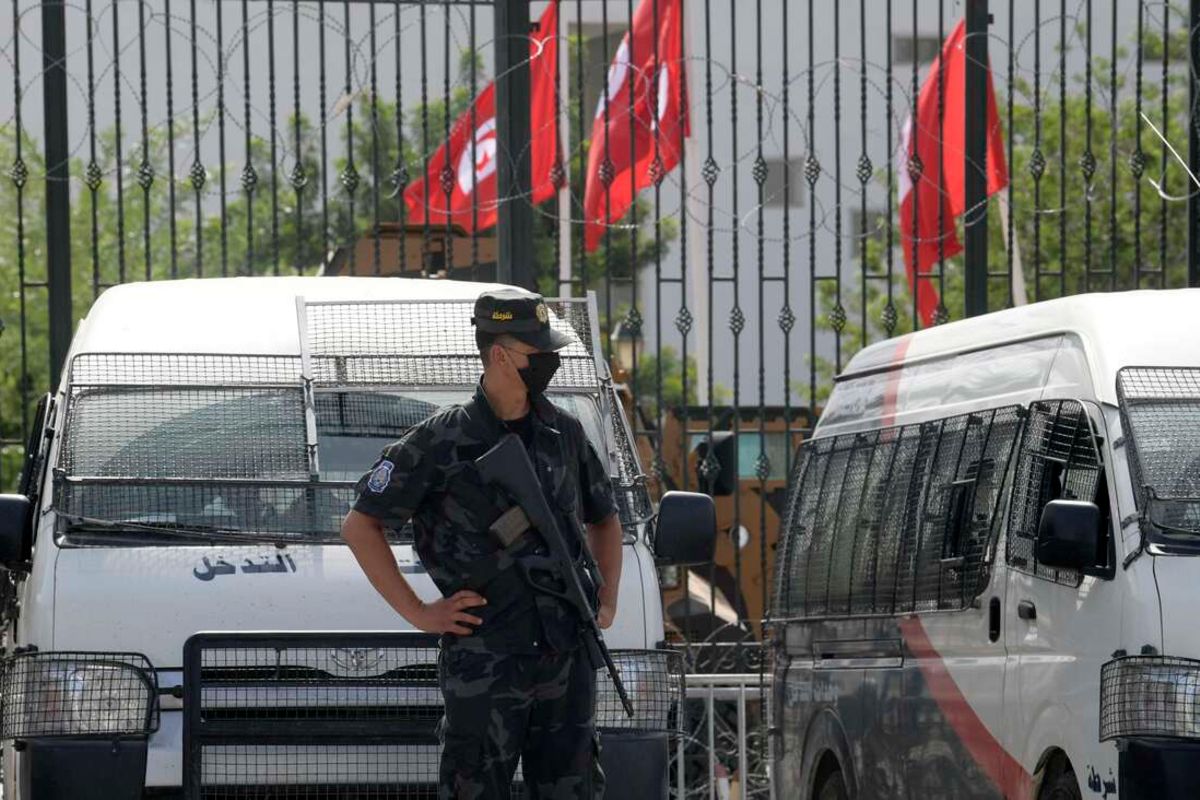 Maher Zid and Mohamed Affes of Al-Karama have been placed in provisional detention in connection with a military investigation, party head Seifeddine Makhlouf said on Facebook.

Their arrest late Saturday comes a day after the detention of an independent MP, Yassine Ayari.

Ayari was arrested for branding Saied's decision last Sunday to suspend parliament and sack the prime minister and other top officials as a "military coup".

Al-Karama is linked to the Islamist-inspired Ennahdha party, the main opponent of the president.

According to Makhlouf, a lawyer critical of the president, Zid and Affes are wanted for having allegedly insulted police officers in March who prevented a woman from boarding a plane at the airport.

Affes is a former ultra-conservative cleric while Zid is an ex-journalist and blogger sentenced to two years in jail for having insulted late president Beji Caid Essebsi.

Saied has justified his actions, dismissing accusations that he had staged a "coup".

He said he acted within the constitution which allows the head of state to take unspecified exceptional measures in the event of an "imminent threat".

On Friday, he stressed he "hates dictatorship" and that there was "nothing to fear" concerning freedoms and rights in Tunisia.

Saied has also declared a crackdown on corruption, accusing 460 businessmen of embezzlement.

The latest arrests comes as the United States called on Tunisia to swiftly return to its "democratic path".