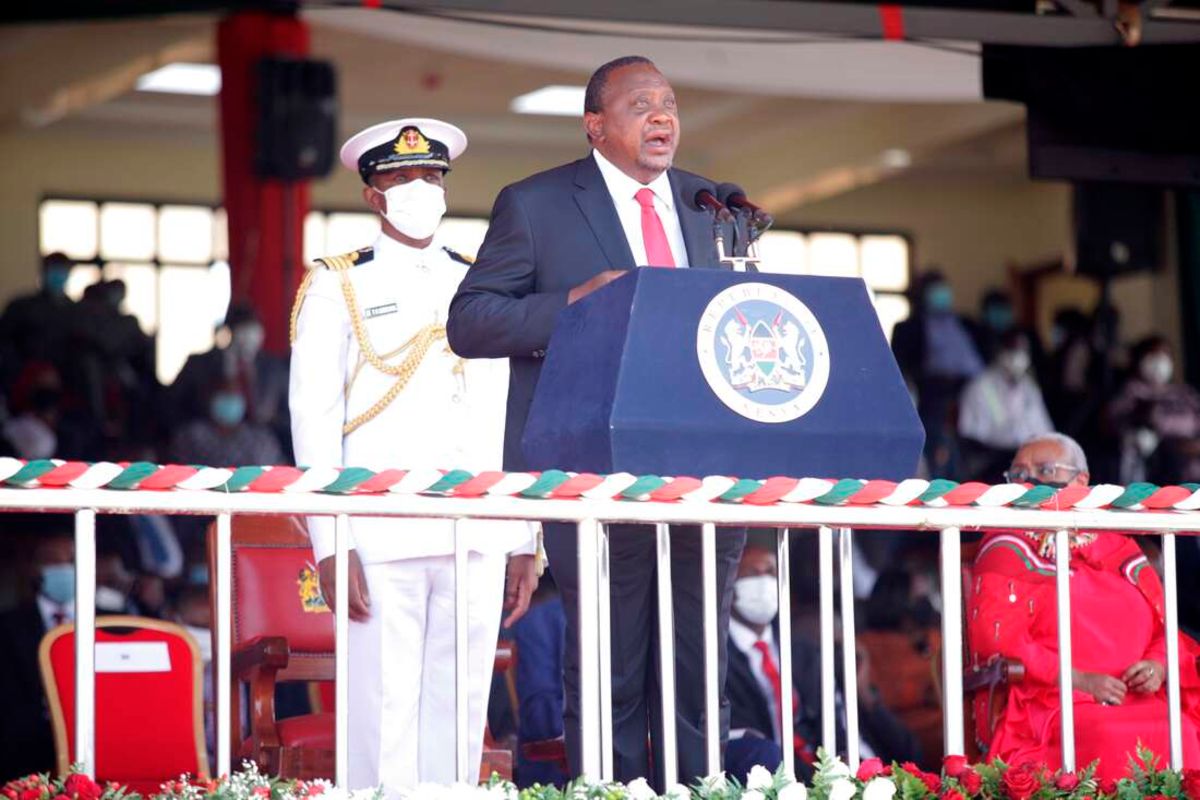 It’s now emerging that the President of Burundi was not the only guest at the Madaraka Day celebrations in Kisumu last week. Reliable sources indicate Covid-19 joined other politicians who were jealous of the projects being launched in the lakeside region, sneaked into the stadium, interacted with the crowds, and is now holding residents by the windpipe.

What was hailed as the most successful national ceremony is slowly turning into an embarrassing calamity for those who derive their pay from advising the President on the pandemic. For three days in a row, they knowingly let the President walk into Covid-19 red zones hoping the residential Guard would shoot the virus if it attempted to approach the dais.

In another country, the President would now be busy stamping resignation letters and recalling the prison tailor to take their measurements. While State House hasn’t communicated on the President’s Covid-19 status post June 1, the joy witnessed in Kisumu is slowly turning into a horrifying nightmare.

County governors around the lake have issued a red alert for the Ministry of Health to save their people from the devastating shots Covid-19 is currently directing at them. It has taken them long, but they have started to put the blame on those who encouraged the formation of crowds during the Madaraka Day event. While they haven’t mentioned the President by name, Kenyans hope he studied reading between the lines in school, and his literature teacher would be happy not to receive a call from State House asking for a refund.

A visit by the President to any region is bound to inject adrenaline into the veins of the hosts, warming their mood in the process. The people of Kisumu were justified to hang on the President’s pockets since they were told he had come with goodies, even if some of the goodies did not have the international label issued by the Kenya Bureau of Standards (Kebs).

We shall not ask Kebs why they let government officials use public facilities without their diamond mark of quality, as it might lead to someone losing their job in the process. During these difficult times, Kenyans have been advised to direct all their energies to fighting Covid-19 instead of other people’s jobs.

Anyone claiming to love the lake region should not have forgotten to carry with him enough Covid-19 vaccines, since they already received intel that a deadly variant had been detected around the place prior to their visit. The President not only left the vaccines in Nairobi, but he also never explained why the lakeside wasn’t being given preferential treatment for the jabs even though they had started feeling the heat of the deadly variant.

Of all the things to launch in Kisumu that week, a mass Covid-19 vaccination drive should have been top of the President’s itinerary. The President should have made it compulsory for anyone intending to sing praises for him to have a vaccination certificate first, and vaccination booths be stationed at the entrance to the stadium for fans to get their jab tickets as the stadium access key.

It’s a shame events’ organisers in this country no longer demand tickets from fans going into the stadium to cheer their favorite political players. A dangerous precedent has been set and the next time fans demand to get into the stadium without tickets, the police will have a difficult time arguing with them because the fans will have the President as their personal lawyer.

The level of carelessness witnessed in Kisumu should not go unpunished. While the President is lucky Kenyans are currently broke and cannot afford to hire the police to teargas him for breaking Covid-19 rules, we ask those around him that if they can’t help him choose a punishment for his felony, they should not let him borrow another loan; because we are afraid those he exposed in the lakeside region might not be there to repay it.