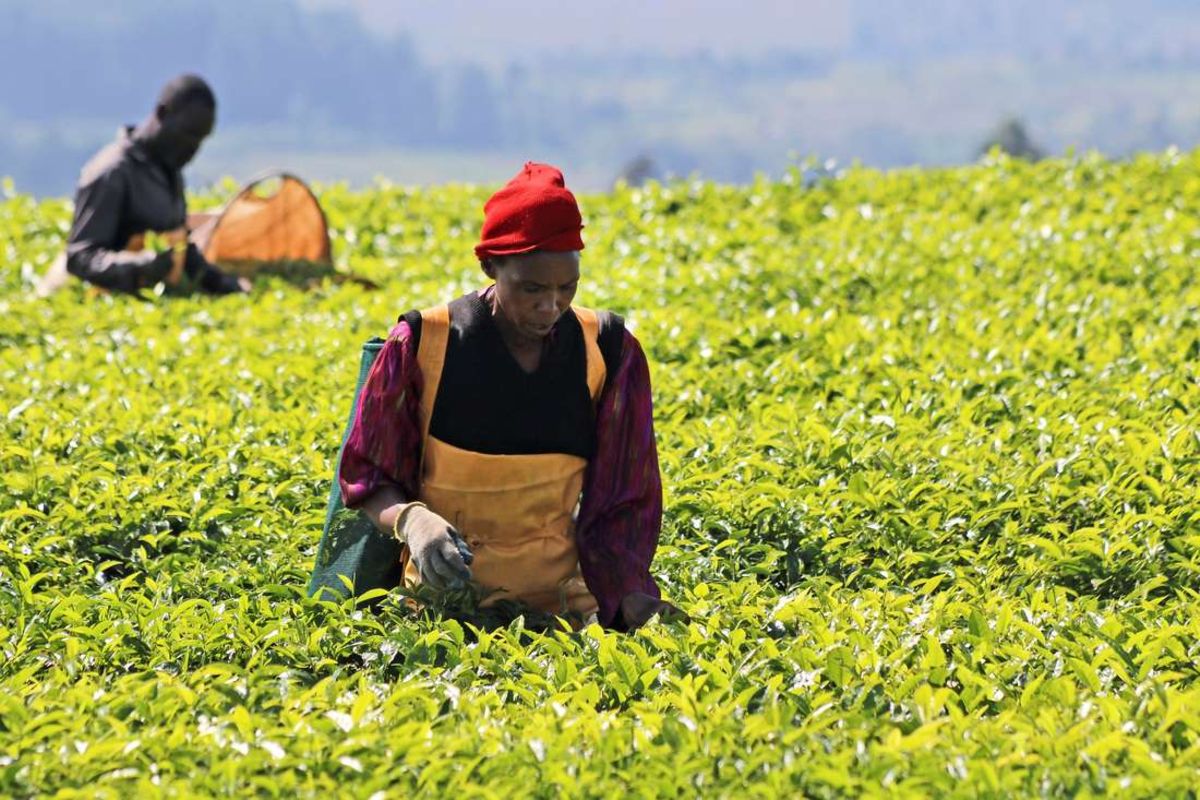 When Unilever chief executive Alan Jope announced on November 18 that the company had struck a deal to dispose of its global tea business, it was a huge relief to him.

First, the Sh571.2 billion ($5.1 billion) assets sale to CVC Capital Partners meant that he would be finally concluding a delicate and windy process of appraising and spinning off the division that took more than two years.

The deal also meant that the CEO had escaped a potentially embarrassing “failed transaction” after two of the final three bidders chickened out amid claims of poor work conditions in Unilever’s tea plantations in Kenya.

The tea business has been a pain for the British multinational consumer goods maker amid falling demand for black tea that hit its overall earnings and negative publicity over work conditions in its vast farms in Kericho County.

And so when suitors expressed interest in Unilever’s tea business, it was a perfect opportunity for its management to kill-two-birds with one stone through a sale that would both shake off the bad reputation from human rights concerns and save the company the agony of dwindling earnings from the beverage amid evolving consumer tastes.

Unilever seized the opportunity, eventually striking a deal with Luxembourg-based buyout group, CVC Capital Partners to take over its tea business, called Ekaterra that hosts a portfolio of 34 tea brands including Lipton, PG Tips, Pukka Herbs, and TAZO. It retained its India and Indonesia tea operations as well as its bottled tea joint venture with PepsiCo.

The sale was, however, not smooth with two of the final three suitors; the Carlyle Group and Advent International throwing in demands that left Unilever in an awkward position of having to look up to CVC Capital to save it the ignominy of failing to land a buyer for its tea business.

Advent International excluded tea estates from its final offer to Unilever while Carlyle dropped out altogether just days before the bid deadline.

Read: How tea multinationals have shaped industry since 1920s

Both suitors cited questions over human rights and fair pay in Unilever’s plantations in Kericho, according to a report by the Financial Times.

Unilever declined to comment on the fallout with Advent International and Carlyle over the sale of its global tea business.

Mr Andrew Kenny, head of Carlyle’s corporate communications for Europe, the Middle East, and Africa also declined to comment on the matter when contacted by Smart Business but stated that “he had no issues” with the FT report that linked the US private equity’s pull-out from the deal to human rights issues in Unilever’s plantations in Kenya.

Unilever sale shows growing sensitivity by investors on social, environmental, and governance risks and puts the Kenyan tea industry in the spotlight over work conditions for thousands of employees. Environmental, Social, and Governance (ESG) have become an integral concept in the global supply chain where more attention is now paid to potential exposure to issues such as litigation and regulatory, political and trade-related pitfalls, financial and operational risks and market and reputational risks.

These concerns about work conditions and employee rights are not just limited to Unilever alone but the entire tea sector in Kenya.

Independent studies by rights groups such as the Federation of Women Lawyers of Kenya (FIDA-Kenya) and the Kenya Human Rights Commission (KHRC) have confirmed rights abuses including sexual harassment and low wages in local plantations.

For instance, in a recent report that examined the socio-economic status of women labourers in the Kericho tea zones, FIDA-Kenya said sexual harassment remained a thorny issue.

It established that in the smallholder setup, anti-sexual harassment systems are mostly absent, partly because the law does not require workplaces with less than 20 workers to formulate such frameworks.

“As a result, workers in these farms are vulnerable to violation without recourse to any preventive or redress structures. One major challenge to addressing sexual harassment in the tea zones is the pervasive community culture and practices that promote male hegemony and patriarchal values” FIDA-Kenya further said.

A separate survey by the KHRC also confirmed sexual harassment of workers in the tea industry in Kenya.

Poor remuneration of workers in the Kenyan tea sector is also a major concern among activists. Although many tea farms pay wages that are equivalent or equal to the national statutory minimum wage, some employers are still paying below the statutory threshold, thereby exposing workers to want and indignity.

FIDA in its report further observed that in some tea farms surveyed, there are institutional policies that prevent equal access to workplace opportunities and benefits for women workers. By policy and practice, in most tea farms and factories, some tasks are reserved for male workers.

“These are often those that require the operation of machinery, working at heights, and heavy lifting. It has been established that many of these tasks - which also pay better than the unskilled jobs taken up by women - are capable of being undertaken by women” it said.

“In a few farms, housing policies have been applied to restrain workers from living with spouses or family members, thereby straining familial cohesion. In other cases, families have been crammed together under cramped housing conditions, thereby compromising their privacy and dignity” FIDA added.

Unilever has previously encountered a storm over employee rights and safety in its plantations in Kenya. For instance, in 2015, employees and residents of a Unilever tea plantation in Kenya filed a lawsuit against Unilever PLC and Unilever Tea Kenya at the High Court of Justice Queen's Bench Division in England.

The plaintiffs alleged that Unilever failed to protect its workers from the foreseeable risk of ethnic violence during the stormy 2007 General Elections. The Court, however, held there was insufficient evidence to demonstrate that Unilever PLC dictated or advised on the terms of Unilever Tea Kenya's crisis management plans, therefore there is no jurisdiction over the English domiciled parent company.

Attempts to escalate through to the UK Supreme Court flopped prompting a coalition of NGOs representing employees and residents of Unilever's Kericho tea plantation to file a complaint against the company to the United Nations Working Group on Business and Human Rights and the UN Special Rapporteur on Extreme Poverty and Human Rights in August 2020.