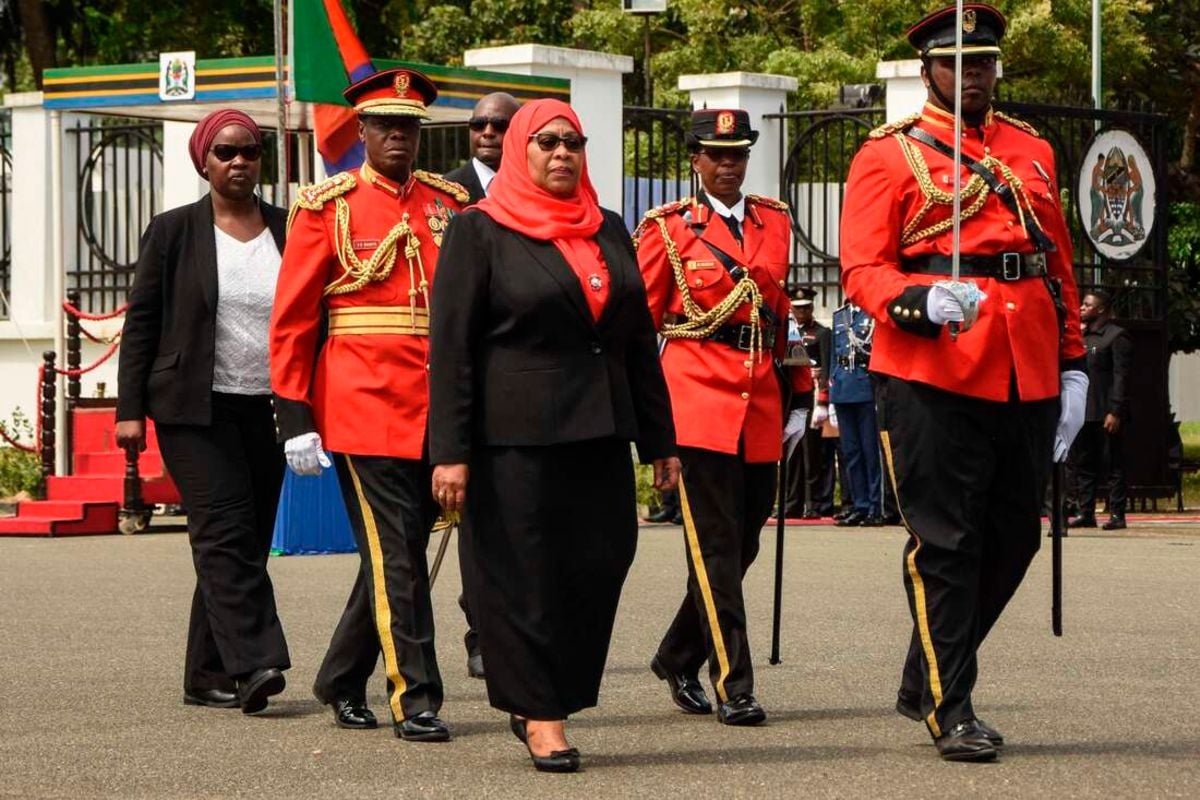 A tentative programme released by State House in Chamwino, Tanzania, said President Suluhu will hold bilateral talks with her host, President Uhuru Kenyatta, before addressing a joint sitting of the National Assembly and the Senate.

“President Samia will attend and address a forum of Kenyan and Tanzanian businesspeople in Nairobi for the purpose of addressing various issues of trade and investment between Kenya and Tanzania,” Gerson Msigwa, Suluhu’s Spokesman, said last evening.

Her trip is significant because it is an immediate response to an invitation from President Kenyatta last month.

It also comes a week after she addressed the Tanzanian Parliament, vowing to improve local policies to attract foreign investors and sustain relations within the East African Community (EAC) and other regional trading blocs.

The immediate concern is how the two countries can harmonise their policies on Covid-19.

Tanzania is still not giving updates on infections even though Suluhu did create a committee to look into the issue.

However, the team’s terms of reference, identity and timelines were not released.

Yet Covid-19 caused flight suspensions and a temporary ban on truck drivers last year from entering Tanzania after Kenya restricted travellers from the neighbouring country.

“In my view, top on her priority list should be to remove the non-tariff barriers to trade between Kenya and Tanzania. The Kenya-Tanzania bilateral trade is largely latent and needs Suluhu to make it kinetic,” argued Dismas Mokua, a political risk analyst for businesses involved in cross-border trade.

He was referring to shifting policies during Magufuli’s tenure that included introduction of new levies and taxes, which saw traders complaining. Mr Mokua said Kenyan traders doing business in Tanzania can be better by learning the local culture.

Both the Kenyan and Tanzanian sides belong to the East African Community, but participation in the bloc was irregular under Magufuli. He skipped the last meeting of heads of state in February before he died in March.

“Business and corporate leaders have faced challenges in Tanzania and Suluhu has a unique opportunity to review that. She also needs to give unlimited support to EAC initiatives so that the bloc becomes a magnet for foreign direct investment,” he told the Nation.

In her address to Parliament last week, Suluhu admitted that Tanzania’s business environment has been unproductive with irregular changes in policies. She said she will make it a priority to relate with other countries for business.

“If you call it change, then it will be a renewed effort on economic diplomacy,” she said, referring to better ties with the East African Community, Southern Africa Development Community and the recent Africa Continental Free Trade Area.

Part of the changes will be to reduce red tape, harmonise taxation and levies as well as ease entry of investors by engaging in lots of diplomacy.

“Our diplomatic staff have to be competent in striking deals in investment and trade promotion as well as seek strategic partners in tourism,” she said.

Just over 40 days in office, observers say her early indications point towards Tanzania having a more open outlook in terms of regional relations and partnerships with her neighbours.

“Her highlighting of tax matters is a good indicator of attention to some of the detailed issues that hinder trade in EAC,” said Mr  Leonard Wanyama, coordinator of the East Africa Tax and Governance Network.