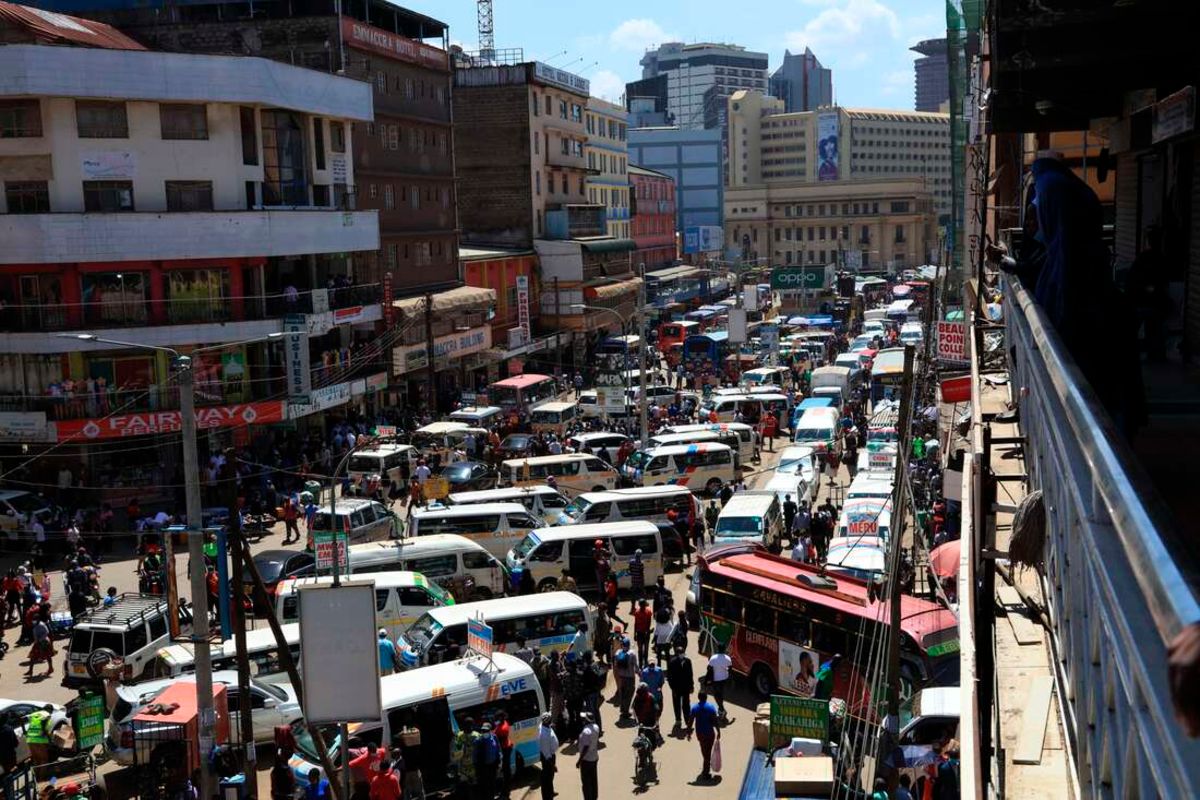 Matatu owners want Nairobi Metropolitan Services (NMS) and City Hall to involve genuine operators in the quest to restore sanity in the public transport sector in the city.

Chaos continues with a surge in the number of undesignated matatu pick-up and drop-off points. The problem has expanded from the city centre to residential areas, with roundabouts in Kariobangi and John Osogo Road in Dandora among the most affected.

In the Nairobi central business district, Tom Mboya Street, all the way from Afya Centre to the Koja stage, parts of Mama Ngina Street, Moi Avenue and Ronald Ngala Street are now under the control of the rogue matatu operators.

Matatu Owners Association (MOA) chairperson Simon Kimutai pointed the finger at “cartels” working at City Hall, claiming they are still running the show even after crossing over to NMS.

Mr Kimutai said illegal allocations of parking areas started even before NMS came into the picture, “through collusion between officials from City Hall and a section of matatu operators”.

“Although he has good intentions, it will be very difficult for Mohamed Badi to transform the sector if he continues to ignore the genuine matatu owners in Nairobi,” he said.

“Allocation of illegal stages is a cash cow, with officers raking in millions of shillings. They work with unscrupulous matatu operators to create unlawful matatu stages. The allocations are given to the highest bidder.”

Read: How NMS plans to tame matatu madness in the city

Also read: Who are these cartels at City Hall and is NMS running out of steam?

Dandora Area 4 MCA Francis Ngesa piled more pressure for an end to the illegal allocations, saying the lives of commuters and the general public are now in danger.

He added that the trend has resulted in traffic congestion, inconveniencing many people, and wondered why county enforcement officers are yet to do away with illegalities and ensure road users strictly adhere to traffic guidelines to restore order.

“Commuters have been forced to alight at undesignated areas, making them susceptible to mugging,” said Mr Ngesa.

Data from the National Transport and Safety Authority data, which was released in February 2020, showed that only 272 matatu saccos are registered to operate in Nairobi.

It emerged that the city has 420 unregistered, raising questions on their licensing and continued operations.

Last July, Nairobi MCAs approved a motion to remove all on-street zones used by matatus and bodabodas within the city centre after concerns were raised about invasions into roads and pedestrian walkways.

In an attempt to control the proliferation of illegal stages, the NMS suspended allocation of new pick-up and drop-off points for matatus in Nairobi last year in November, but the problem has persisted.