Zambia President deploys army to quell violence ahead of vote 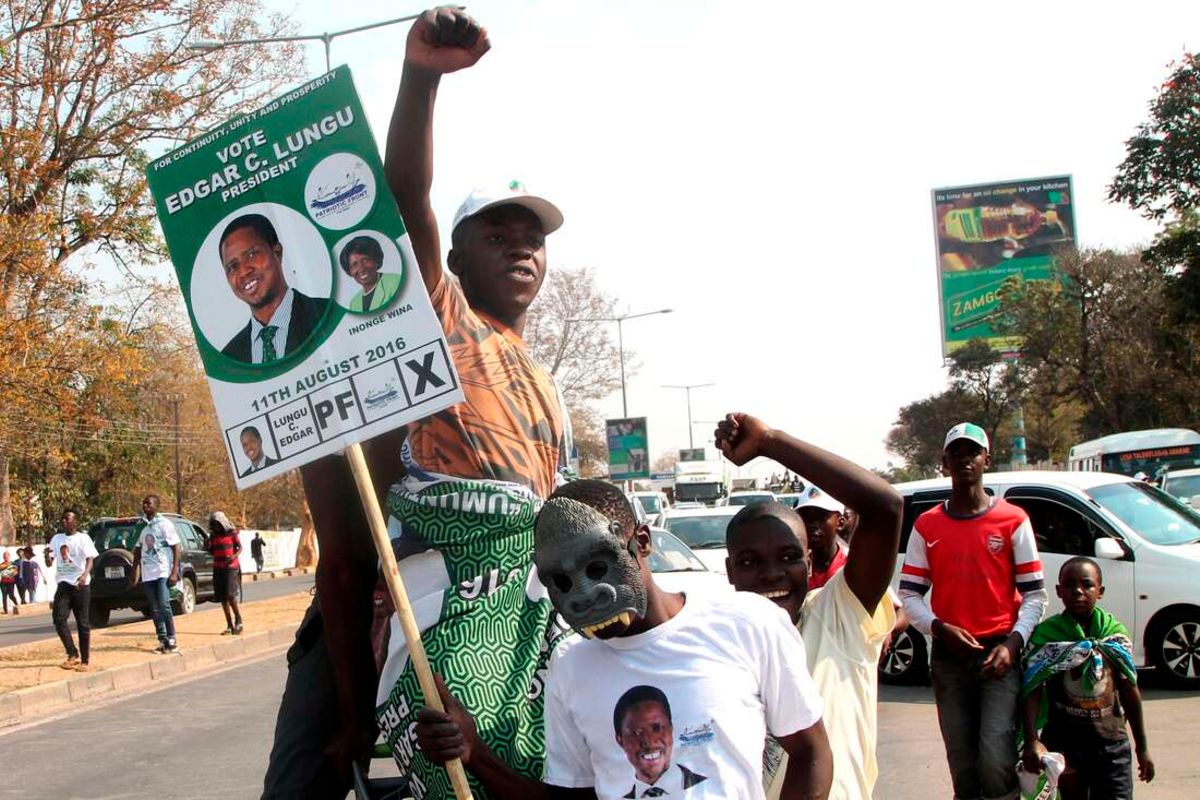 Zambian President Edgar Lungu has ordered the deployment of the military to quell electoral violence ahead of August 12 elections, the head of state said on Sunday.

Pockets of violence have been reported in the Zambian capital Lusaka as well as northern, southern and Muchinga provinces where supporters of the ruling Patriotic Front (PF) and the United Party for National Development (UPND) opposition have clashed using machetes, axes, slashers, catapults and other objects.

"In order to curb the political violence we have witnessed in the past two days, I have allowed the Zambia army, Zambia air force and Zambia national service to help the Zambia police in dealing with the security situation," Lungu said.

Even though the Electoral Commission has banned rallies because of the coronavirus, clashes between opposing political parties have overwhelmed the police.

"Maintaining law and order is a daily chore of the police but sometimes they need help from other security wings," Lungu said.

The government of the southern African nation has grown increasingly intolerant of dissent since Lungu replaced Michael Sata after his death in 2014, rights watchdog Amnesty International said in a report.

Lungu, 64, is running for a second term in the August 12 election as the copper-rich country battles economic woes.