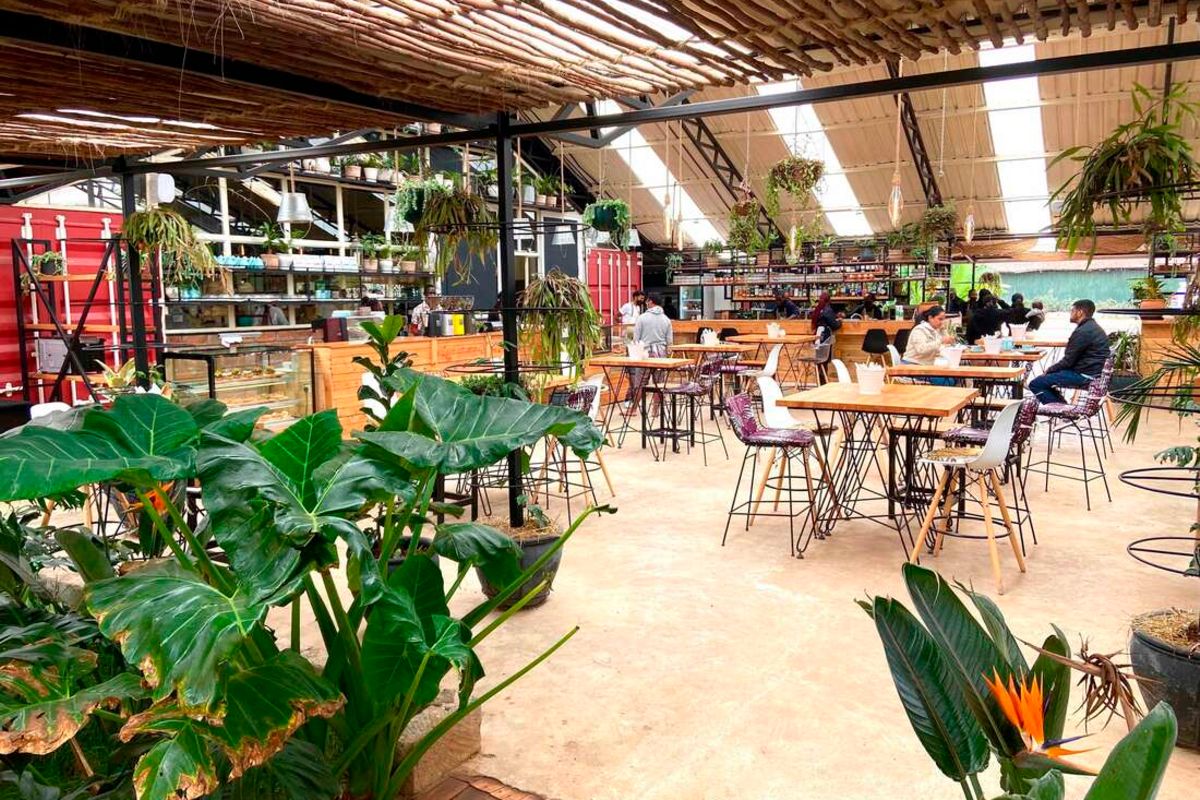 Two years ago, the Cultiva Restaurant popped up deep in Langata, behind a nondescript gate down Pofu Road. Its rustic design reflected its consistent culinary ethos – rooted in the use of home-grown seasonal produce. In its modest surroundings, the plates that Cultiva created were far from simple. They were inventive, bold and beautifully presented.

This standard remains today, but much else has changed at the restaurant over the years. Its structure has grown and spread beyond the original open-air kitchen, and there are now multiple cooking and seating spaces.

Most of this development was fast-tracked during the quiet Covid months last year, and sustained by a successful online delivery service. Their ‘Cultiva Weekly Club’ amassed an 8,000-strong subscriber list.

At the heart of the property is the Greenhouse Restaurant, where I had a coffee with Cultiva’s Ecuadorian founder, Ariel Moscardi, earlier this week. The inspiration behind the name was obvious; to my left was the greenhouse where Cultiva grow their own produce, and all around us were sprawling potted plants.

"The whole idea behind the design was to allow nature to claim back the space," Ariel said, "which is why we have so much greenery around."

Among the plants were various upcycled furnishings, from hanging bucket lampshades to seats fashioned from oil drums. To one side was the bar, and behind me was the Live Kitchen, where customers can see the chefs in action (and vice versa).

Ariel walked me around the adjacent spaces, first through the greenhouse and the rest of the active shamba – the source of 90 per cent of their vegetables. (They get the remainder from a six-acre farm in Limuru.)

The restaurant has evolved, but it hasn’t lost sight of its farm-to-table identity; all of their ingredients are sourced in Kenya, and their menus change every 40 days with the shifting seasons. Nothing they serve is industrially processed, either, including their sodas, which they make themselves.

We passed by the Sunken Garden – an intimate party seating area – and another outdoor space called Winelands, beneath a wide canvas canopy. Here, there are many plans in the pipeline, including weekly wine tasting events, a pizza shop, an expanded bar and a platform for DJs and musicians.

We then explored another space in the works, the Aya Cultiva Lab, with a 20-seater Chef’s Table concept. The idea is to host top chefs from around the world, with a 7-12 course dinner service.

In Ariel’s words, this will be an ‘experiential journey’, in a room with vintage theatre décor, and projected video clips of the stories behind the ingredients. More informal ‘Sunday Roast’ events will experiment with future food products like insects.

Beyond providing new experiences for diners, the Chef’s Table concept, and Cultiva’s firm reliance on seasonally available ingredients, serve a valuable educational purpose for the restaurant’s staff. The development of his team is something that Ariel is most proud of.

‘The name Cultiva refers to the cultivation of land’, he said, ‘but it also means the cultivation of community, family, good practices and health’. Since its origins as a safari catering company, the project has cultivated a tight-knit community of staff, suppliers and customers.

The priority has always been to find potential and train within. One member of the team I spoke to, Walter Adamba, started out constructing the greenhouse in March 2018.

He slowly picked up menial jobs around the farm and in the kitchen, and he is now the head of Cultiva’s exceptional pastry section. There are lots of female staff members, too, many of whom are single mothers. And instead of partnering with the big delivery apps, Ariel supports riders in the local area.

Cultiva has come a long way since my first visit two years ago. But with so much in the pipeline, I get the sense that its journey is only just beginning.