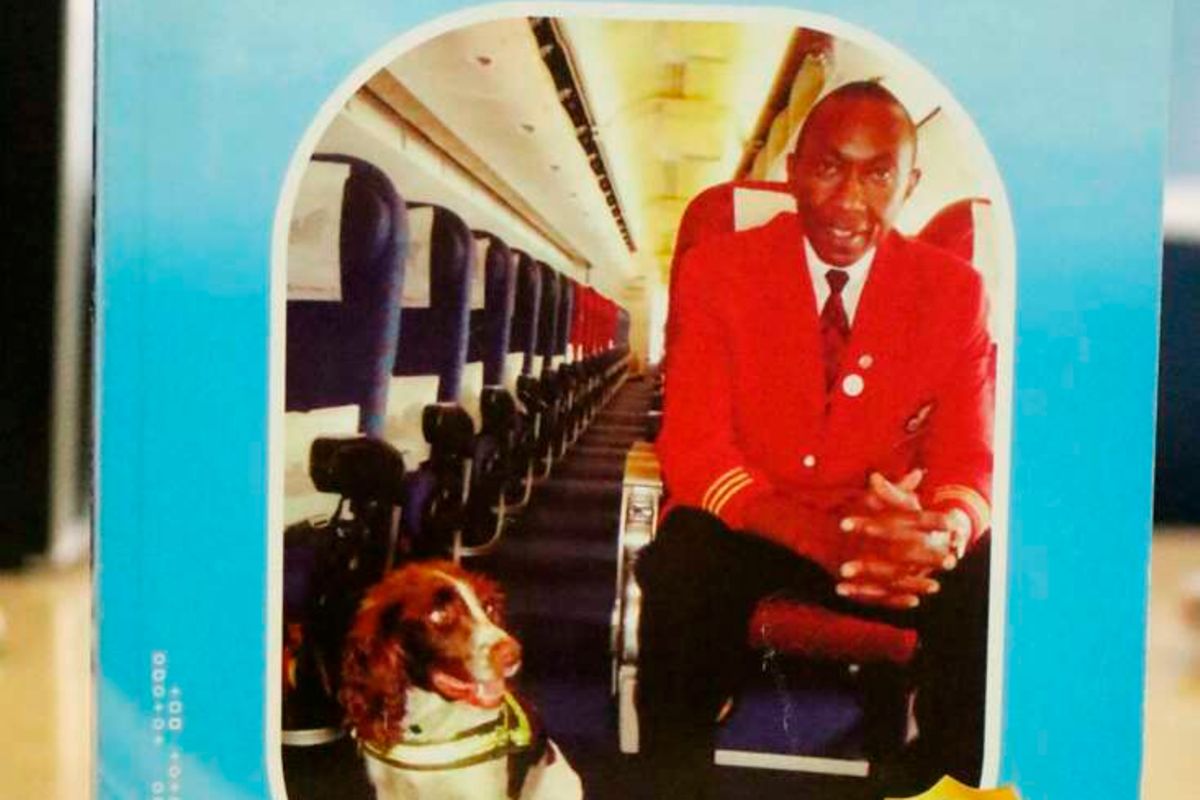 The late John F Kennedy Junior once said: “Flying is the greatest fun I have ever enjoyed with my clothes on.” Perhaps he was right.

In Life in the Sky, Jimnah Albert Muchene, a retired flight attendant, packs a riveting account of his life working for Kenya Airways for 39 years while at the same time offering a teaser of how life is in the aviation world.

In the book published this year by MasterPrint Graphics Limited, Muchene takes the reader through his journey in the aviation industry right from 1977 when he joined until his retirement in 2016 in a captivating manner.

Employing the first person narration, the 360-page book is divided into 10 chapters with loads of pictures capturing the author’s every moment of his career in the sky, offering breaks between the chapters.

The book details some of the worst air disasters in the world, the journey of Kenya Airways, the life of a flight attendant and a flight purser, light and low moments as well as dramas while on board.

The 65-year-old’s journey begins when he lands a clerical job in 1977 at the then Mombasa Airport, now known as Moi International Airport, before joining KQ as ground personnel in mid-1978.

The death of his father and brother Edwin Ng’ang’a in 1986 would be a blessing in disguise for him.

After the tragedy, he had made up his mind to request for transfer from Mombasa to Nairobi in order to take care of his family.

If his wish to join the cargo and customer service department in Nairobi was not going to be granted, then he was ready to walk away from KQ. But destiny had other ideas. Despite not landing his preferred job, he was thrust into life in the sky by being offered a flight attendant position.

He explains how being a flight attendant, although glamorous when outside looking in, is not a walk in the park as many people might think.

From flight attendants losing their jobs due to ingrate passengers, marriages breaking, becoming alcoholic due to stress at work and suffering memory lapses; it is not easy working in the sky.

Nothing really prepares one to the pressures that come with such work as requirements of being a flight attendant such as being attractive and elegant, fluent in English, good personality, among others, do not in any way ready one for such a high pressure career.

But if one thought his 39-year journey was smooth-sailing, then they should think again as being a flight attendant is one job where it is easier to get into trouble than stay out of it and one is never appreciated despite the challenges one goes through.

Like the proverbial cat with nine lives, Muchene survived being sacked more times than the chapters of his book as well as also surviving death by a whisker.

Then there is also the life of a flight purser, leader of flight attendants, where the pressure is at fever pitch as one is more likely to lose his or her job at the slightest complaint from a passenger.

Despite the doom and gloom that is the position of a flight attendant and purser, he says that the rescue mission of stranded Kenyans in Tripoli, Libya in 2011 stands out as one of the best moment of his career.

The book also delves into some of the good, the bad and the downright ugly encounters between air passengers and air crew.

There are also the funny encounters, from Muchene’s fingers being bitten while separating fighting passengers, how a passenger’s scream saved her from being taken to a morgue after being mistaken for a passenger who had died in the same flight and performing first aid on a Chinese passenger who had swallowed a white towel thinking it was food.

But the low moments include assisting a passenger deliver a baby, who did not survive, being kidnapped in Pakistan, staying with a dead passenger for the duration of a flight, and losing his colleagues in KQ tragedies in Doula, Cameroon and Abidjan, Cote d'Ivoire.

“One of my motivations in writing this book is to speak to the people who have never flown and assure them that flying is safe so that they all enjoy their flights,” says Muchene.