From comedy to celebrity: How duo grew unique brand to worldwide status 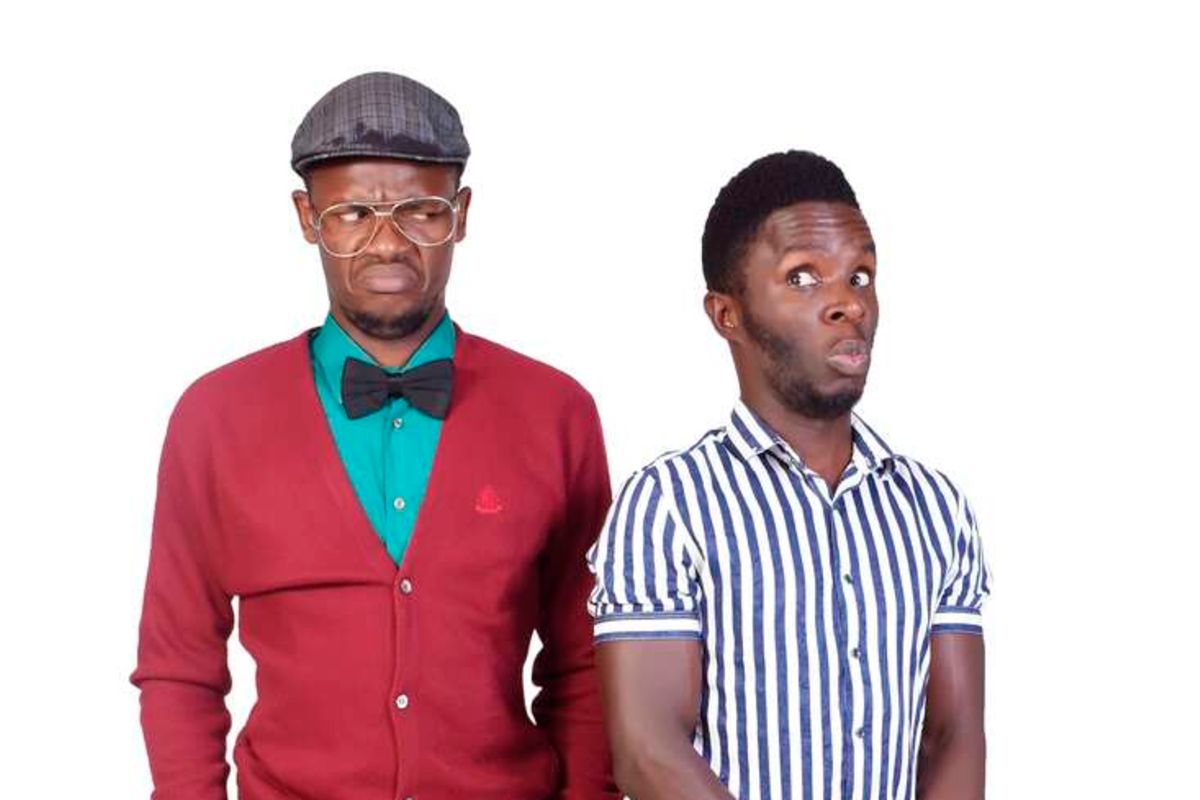 They're now Gusii celebrities due to their unique form of comedy done in the Gusii language.

The duo Victor Nyaata and Cyprian Osoro, both doubling as actors and content creators, have been entertaining their fans for years in Nairobi and across the country.

Their shows, held every two months in Nairobi, have seen tickets sold out. ‘Mkisii Ni Mkisii’ shows also appear on social media in the form of short videos.

Their journey dates back to 2012, when they were acting various roles in set-books for secondary schools.

“We met at a house in Nairobi, where a friend had offered a group of seven other guys a place to sleep. At the time, we were all homeless and a mutual friend paid for the house, which was a mabati structure,” says Nyaata.

Osoro was, however, in a different set-book group, but they both then joined Theatrix Arts soon after they got to know each other.

The idea was conceived when the two had just started acting with a theatre group Heartstrings Entertainment in 2016.

“At the time, we had made some little progress because we had moved to our own single rooms, and one day while sitting on some unfinished structure, we thought about how some members from our community behave and what we could create from it,” he says.

Using their mobile phones, they shot some video clips, where they gave themselves stage names and settled on ‘Mkisii ni Mkisii’ as the name of the show.

Their first video clip was dubbed Landlord, depicting how people from their community can be cunning to their landlords.

“After posting it, to our surprise, it went viral and gained a lot of attraction. We shot another, and another and before we knew it, we became Gusii celebrities,” adds Nyaata.

Having shot a good number of clips which had been received well by their audience, they thought about the next level for ‘Mkisii Ni Mkisii.’

“Although we had gathered a lot of fans around the world, we were still performing artists, and having been on English comedy shows, we, together with our manager Betty Nyatuga, decided to do something that has never been done in Kisii language before, and we dared to ourselves to staged the first ever Gusii Night of Comedy and Music at the Kenya National Theatre, Nairobi. It was dubbed Ensacha Enkungu. It made history,” he added.

A day before the event, the show was totally sold out and a big number of their fans missed seats.

“That's how we birthed the comedy shows that we do in Nairobi once every two months,” he says.

They, however, suffered a number of challenges. “First, the show's selling out was something we were not prepared for and that was a challenge because everyone wanted to get in. We solved this by moving to a bigger venue,” he says.

Another challenge was getting sponsors.

“In as much as most of our clips are in Kisii language, we have fans from all over the world. We have gotten support from both people in Kenya and those in diaspora,” says Nyaata.

He notes: “What makes us different is our originality and style as we always tell stories that are relatable.”

“We get support from across the borders from individuals and organisations in the US such as Mwanagetinge Organaisation in Minnesota, USA . Fans in the diaspora also buy tickets which we gift the less fortunate here in Kenya,” he added.