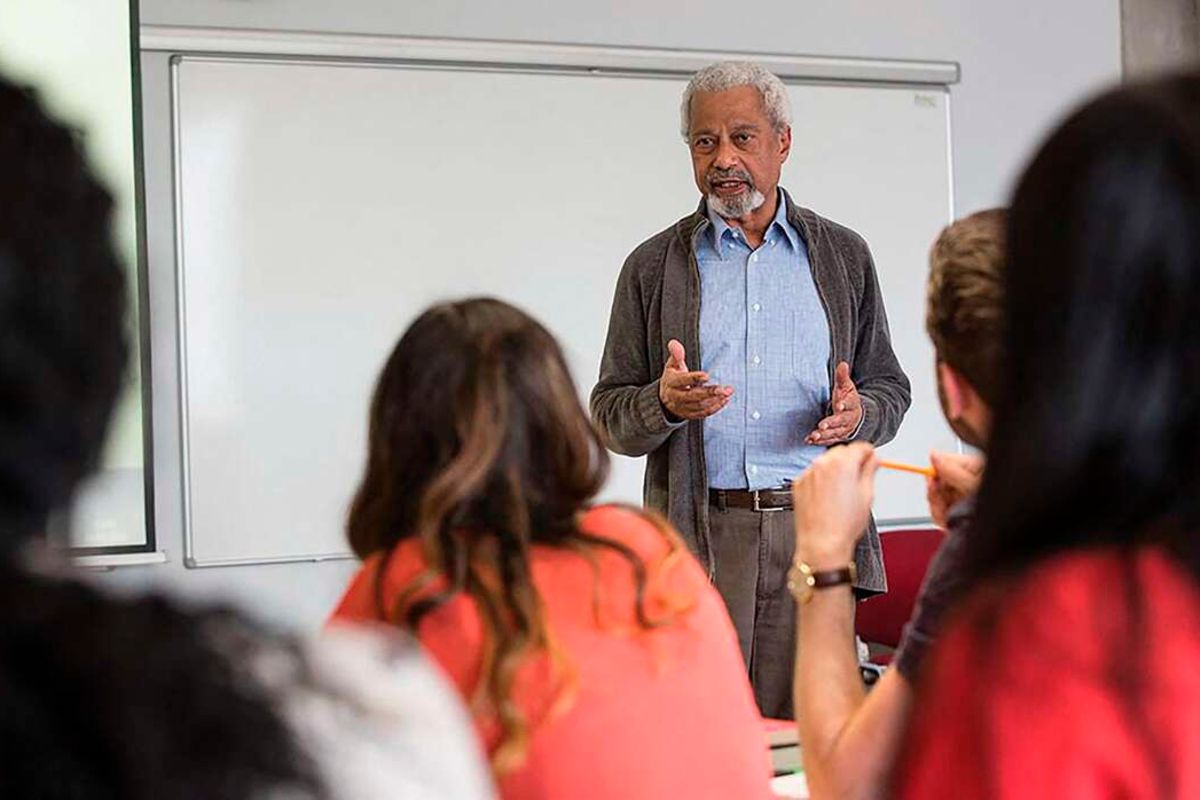 This year’s Nobel Prize for Literature went to Abdulrazak Gurnah, 73-year-old writer and academic, born in Zanzibar and currently residing in England. This choice took many literature aficionados by surprise, including serious scholars of literature from both Britain and outside. This is completely understandable, given that the last time any African won the Nobel was decades ago with few, and far between.

Abdulrazak Gurnah is an example of a writers’ writer who doubles as an academic as well. He found his way to Britain to pursue his university education since his ambition to do his “O” Levels in his native Zanzibar were cut short due to the cataclysmic events of 1964 and he had to remain behind because of the banning of people from leaving the island for fear that it was going to be emptied of people. Gurnah was later to find his way out of the morass that Zanzibar had become. It seemed as if this incubus of postponement was to dog his life every time an opportunity seemed to stare in his face.

In 1994, when he was on the verge of picking up a Booker, for his novel Paradise, the prize went to the Scottish author James Kelman for How Late it Was, How Late. Gurnah was again longlisted for the Booker Prize in 2001, this time with the novel By the Sea. In the last of these episodes, he seems to already be used to this pattern of fate and was resigned to its “inevitability”.

Single-minded as he was, he realized that the only option was to create space for writers of his background to exercise a form of independence that was to see them thrive without the politics of mounting obstacles on their way. Having joined as a Contributing Editor in 1987, he is active on the Advisory board of academic-cum-literary journal Wasafiri that offered a place at home and the incentives to publish high quality, postcolonial literary writing.

In the meantime, he was already holding the Chair of the Department of English at the University of Kent. Here he was able to both teach and practice his art. At the same time, he was producing a steady stream of fiction and polishing his creative and writing skills.

While Paradise announced to the world the emergence of a writer that the world needed to take seriously, it would take him engaging with the issue of the aftermath of colonialism in such fictions as Desertion, all the way to Afterlives that he began to be noticed. Perhaps no one writes such beautiful prose as Abdulrazak Gurnah now, since he developed a distinctive voice imitating exaggerated upper class English sense of self-importance and arrogance.

Abdulrazak Gurnah effortlessly addresses the issues of political asylum, marginalisation, integration and draws the attention of the global nature of contemporary society without any of these issues grating on anyone, that the world is bigger than the tight island of Britain or Europe.

His earliest fictions also addressed the unpalatable issues of same-gender sex in a society he came from. Many local readers who did not have the benefit of Gurnah’s background accused him of portraying a negative picture of the very society that nurtured him. There are parallels between the work of Abdulrazak Gurnah and the other Nobel laureate, Naguib Mahfouz. Even his earliest fictions already displayed a rare talent.

Steeped in multiple literary cultures, Professor Gurnah has succeeded in inspiring a whole generation of writers to see value in the literature of the other. My students in Turkey could easily relate to the issues that he raises because they could see an affinity between their society and the fictional world that he created because of the common Islamic heritage that they shared with the imaginative world that he created that shared so much in common with Ottoman world.

Though someone who jealously guards both his privacy and time, he gives the impression of someone who is otherworldly, which in a sense he is. If you want to enjoy humour, a mocking of exaggerated sense of self-importance and the pathetic state of loss of grasp of current really, then Abdulrazak Gurnah is your man to check in with. You will never be disappointed. There is so much to discover in his writing.

Prof Mohamed Bakari is the Vice Chancellor of Islamic University of Kenya.

This article first appeared on the Prestige Bookshop blog.