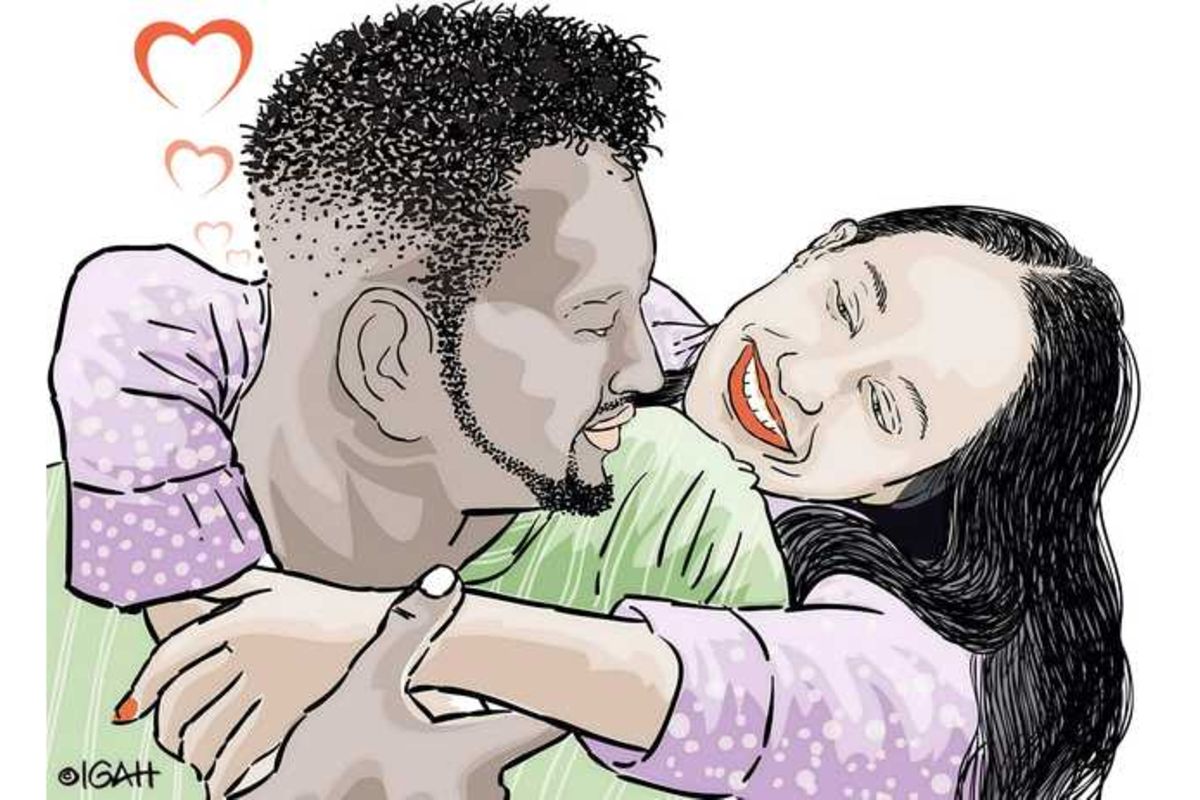 Intercourse: “Physical, sexual contact between individuals that involves the genitalia of at least one.” “Connection or dealings between persons or groups; also known as communion.” “Exchange especially of thoughts or feelings.”

The first type of intercourse - conjugal - lasts for minutes and can be driven by lust. It can occur between perfect strangers. At times, it may be a contractual obligation and involves the exchange of money and body fluids.

In some instances, this type of intercourse, which is primarily skin-based, has give-and-take connotations.

The second type of intercourse - communion - is more profound and lasts a lifetime, even if one party defaults. It’s borne out of agape love.

Wikipedia defines the Greek word koinonia - from which communion is derived - as “fellowship, joint participation, the share which one has in anything, a gift jointly contributed, a collection, a contribution.”

This type of intercourse - which is spiritually-based - is about give-and-give, with no strings (or shillings) attached. It involves the transmission of Truth and Light.

The third type of intercourse - which I call communication - occurs in the soul dimension. The soul is where we have our emotions, reasons and feelings.

Though this intercourse fore-plays and plays out in the soul, it involves exchanging words, gestures, and mutual feelings, sometimes telepathically, between two persons, to reach its climax. Because our soul is an endless juggernaut, churning out billions of gigabytes of information by the second, this intercourse can stretch for as long as both parties desire.

With that said, it is safe to conclude that all men, whether they’re alive and kicking or kicking the bucket, long for some form of intercourse. The oft-repeated saying - “no man is an island” - means no man can live without intercourse. Even a hermit, who’s living in the middle of nowhere, has intercourse at regular intervals, be it with nature or his Maker. Lack of intercourse is the sole reason why men lose their doggone minds when they are incarcerated in solitary confinement.

Another conclusion we can deduce is that, without intercourse, men can be paralysed or die. Intercourse-related paralysis or deaths are, in most cases, slow and unseen, with the organs responsible being the first casualties.

Let’s take intercourses two and three. If a man is starved of communion and communication, his spirit and social life will become flaccid or die.

Man is a spirit being in a physical body. Devoid of spirit life, he’s as good as dead. Man’s social life, from the cradle to the grave - from the first cry to death rattle - involves communication. The same thing that happens on the silent end of a phone call, when we say the line is dead, is the same thing that happens in a relationship without communication. Death.

Man is a triune being. Spirit. Soul. Body. To remain alive and achieve climax, each part of these three expressions long for intercourse.

I hear you, sisters. I know you’re wondering: “How does a girl know how to pick her man’s brains, beliefs and, um, boner?”

That’s easy. You take off your bonnet and wear your thinking cap—Darling, different strokes for different blokes.

The gem of clashes-hit Laikipia County