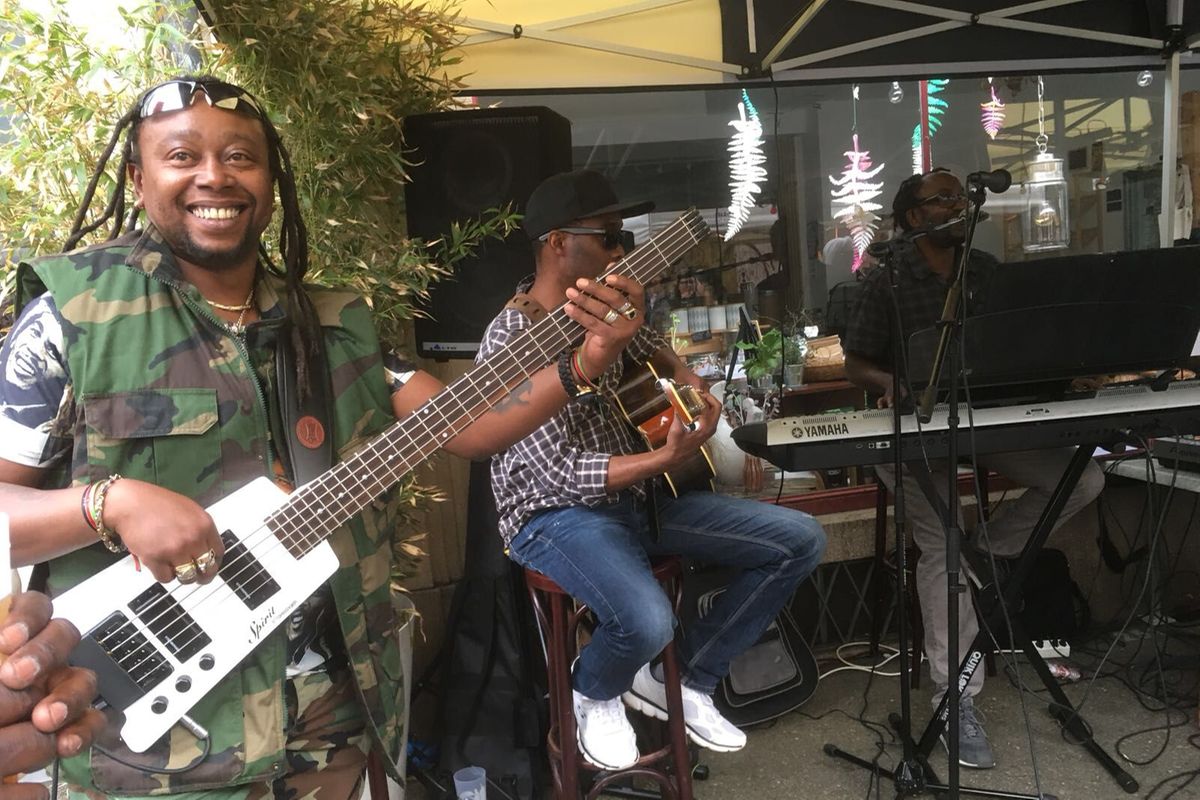 For Swiss-based Kenyan musician Jeff Grante Issika, it has been no turning back ever since he relocated to the Central European country back in 2008.

Having started as a club stage show dancer in Kenya in the early 1990s, Issika moved to rapping and now is an accomplished guitarist and singer based in St. Gallen, Switzerland.

Speaking earlier this week, Issika was upbeat that like most places in Europe and beyond, they had resumed live shows. He has been performing at various entertainment spots in Switzerland.

“With the relaxation of health protocols due to Covid-19, it has now been possible to stage shows with renditions from Kenyan songs to European, American and other beats,” he said.

During live shows, he often plays the bass guitar alongside a keyboard.

Besides his home town St Gallen, he has also performed at other towns in Switzerland like Winterthur, Zurich, Montreux – Vevey and Bischofzell.

Some of the spots he regularly performs at are Seeger Bar – (St Gallen) Schwarze Engel – (St. Gallen), Schlarpe Club – (Bischofzell) Tuubenthal – (Zurich) and

He has also had the opportunity to perform at Afro Pfingsten live Concert, St. Gallen Fest live concert and Crete, Greece.

One of his regular co performers is fellow Kenyan born K-Willy (William Mwadori Kuduku) who he noted had been inspirational when doing renditions of various Kenyan compositions like “Jambo Bwana” and “Malaika” to the Swiss audience.

Back home in Kenya, another inspiration to Jeff has been veteran Sammy Wanje, composer of the popular Chakacha hit song “Shangilieni Harusi” backed by the Forest People Band. Other groups he performed with in Kenya were Mustard Band and jam sessions with Congolese bands Bilenge Musica and Rhumba Japan.

He is still in touch with some of his fellow dancers globally like Jam City, Acid Lovettes, Challo and Ace of Base

Yes, we are celibate