Marathoner Priscah Jeptoo: 'When I won Sh45million, I didn't buy a car and chose to invest wisely' 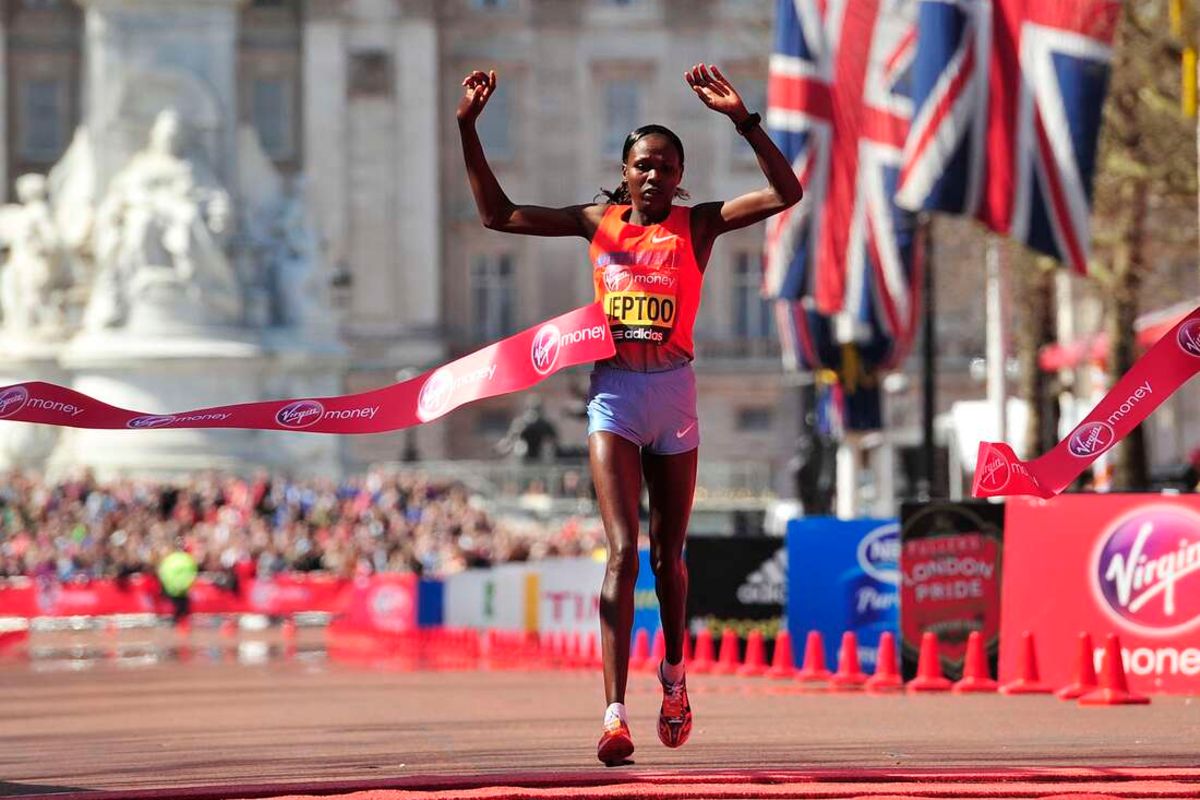 The day before a race can be overwhelming for athletes. There are dozens of well-wishers sending in encouragement messages and another quarter wondering if you are ready and up to the task. There is also a lot to pack. Mostly, nervousness.

On the eve of the 2021 Dubai run, the World's largest race in terms of participation, I meet Priscah Jeptoo. She is nonchalant and longing for the race. 'She has done 30 KM multiple times before, so what is 10 KM?' I mused.

This was also her first time in Dubai so she is soaking at the moment.

"I am very happy to be here. Besides participating in the run, I am here to showcase Kenya through Kenya Export Promotion and Brand Agency (KEPROBA) as the home of legends and a sporting destination," she shares.

Priscah Jeptoo, 37, is a long-distance runner who specialises in marathons. Under her belt are winnings in New York, Paris, Turin, and London.

At 22 years, two years after completing her secondary school studies, Priscah left her Nandi's Chepnoet village for Kapsabet where she had heard that there was a training camp for athletes. "I had taken part in running competitions in primary school, won, and even got a sponsorship to attend a secondary school that took a keen interest in sports. After, I felt stuck because I had no coaching offers," she says.

When she decided to try her luck at the camp, she knew no one there. Her parents, especially her mother, dissuaded her from the move but she went anyway. The camp tested her perseverance and determination. For close to four years, she did not take part in any competition. "First, I did not have a good physique for running because I did not have access to a proper diet and my exercises were not consistent. Currently, I stand at 5 foot 4 inches tall and my weight is at 51kgs which is not my optimum. I am working towards getting to 47 kg. Getting here has been not been easy. At one point while training at the camp and having nothing to show for it, my peers chided me saying that I was wasting my time there seeing that my former classmates were almost done with their university studies. They suggested that I was better off married," she offers.

Her doors opened in 2008 when she participated in three months-long road races in Brazil earning a top 10 position. Her biggest breakthrough, however, was in 2013. She won the 2013 London marathon in April, Bogota half marathon in July, and brought home gold having won the New York Marathon. That year, Priscah was named World Marathon Majors Champion.

No wonder she returned home to a colourful arrival ceremony at her home County, Nandi County. To them, she was an embodiment of tenacity. By then, Jeptoo was a mother of one and married to Douglas Chepsiror, a sports aficionado and a retired masseuse, now a farmer. The couple has two children aged 14 and four.

The title came with a Sh45 million prize; money she says she used to buy property in Kapsabet. "I come from a poor background, we barely afforded the basic needs such as proper housing and food. I was determined to change my story and that of my family. Then, I could have bought a car which had been a long-time dream but I curtailed my spending and bought property. I have some rental houses and a restaurant. These fetch me around Sh200, 000 every month," she offers.

Stories abound of sports players who got a windfall after a win, that it did not seem like they could spend it in one lifetime. Then they wound up down and out and found themselves in an abyss of financial mess. "When you get a windfall, it is tempting to profligate and make poor investment choices. With any prize won, I sit down with my husband and we discuss the investments which will bring returns. I also seek advice from experts and other athletes. At the advice of one, I have recently ventured into tea farming," she offers.

Before Jeptoo got into athletics, the fourth born in a family of 11 lived in a thatch-roofed house and without a proper latrine. She comes from a polygamous household. "One of my biggest motivations to becoming a marathoner was the situation at home. I kept encouraging myself that if I kept trying, I could be the one to bring change. I have built a good house for my mother and stepmother and took my siblings through school," she says.

At this point in her life, Jeptoo is contemplating retiring. In the recent races she has participated in, she feels that "her body failed her". "One of the biggest challenges that I am facing is injuries. In 2014, I got a stress fracture and had to be hospitalised for one month in Italy which saw me take a six months break from sports.

Two months ago, I went for the Paris marathon and did not perform as expected. Also, at my age, the exercises are not as easy and I need a lot of perseverance. But, my coach Claudio Barardeli has been encouraging me to give it another try. 2022 is my defining year on whether to continue running or exit the scene. Claudio and my husband have been very supportive and I do not want to fail them," she says.

We are at the finishing line of the Dubai-friendly race, and Priscah is ecstatic. Perhaps, despite her misgivings, she can continue racing for many more years to come, as her body hasn't taken a thrashing from running the 10KM.

"The race was so easy for me that it felt like I had done half of it. At one point, I even slowed down to encourage other participants. It was also a great opportunity to run alongside legends line Ezekiel Kemboi and Ferdinand Omanyala," she surmises.