My husband has not touched me for four years, should I quit the marriage? 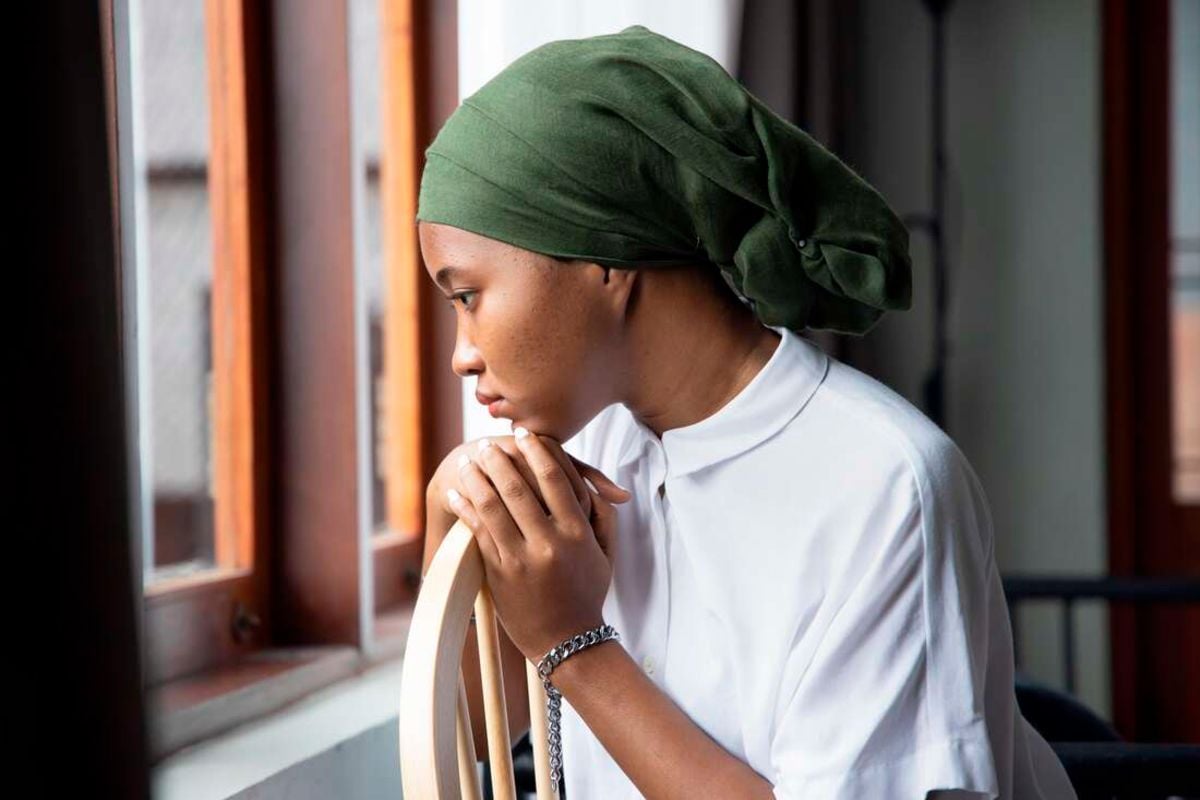 Kindly, help me to make a good decision.

I have been married since 2013, and it was okay till 2017 when I gave birth to my first-born daughter. My hubby started dodging matters of intimacy, I persevered till my daughter turned one when I asked him once on the same, he told me he had an infection and was under medication and I should wait.

I understood and endured for another four months, though I never saw him taking any medicine. I enquired whether he was through with the treatment but he told me the doctor had told him to carry on with the medication so being intimate won't happen any time soon.

My daughter turned two without me eating the apple. Now, on asking again he became rude, and I told his parents and sisters to help solve the issue, of which he accused me of abusing him so his feelings for me "died". I work in a different County, where he comes twice a week to visit.

During weekends and holidays he comes to take us to his home, my daughter is turning four this month, so we have not been intimate for four years. Do I take it that he is withholding sex to push me to quit the marriage? Should I leave now, because I am in my early 30's with only a daughter?

Your husband has a problem with you as a whole but is afraid to open up for reasons only known to him. You might have encountered a number of changes with your body especially after the first delivery, something that happens with the majority of women after pregnancy.

Having failed to address the issue does not mean you give up yet. Make him understand the damage he is causing to your marriage by assuring him that you will take things positively and work them out.

Any response from him whether negative or positive should be able to guide you through the next step. You can also consider involving a counselor or therapist to help you. ~ Juma Felix

As you said four years is too long to stay in a marriage without intimacy. It is obvious he is having an affair so you shouldn't wait till he tells you that he needs a divorce. It's time for you to leave. ~ Meri Tadesse

Nothing happens out of the blues, it must have a base. There must be a reason for this occurrence in your marriage. Either because there were hidden packages prior to you tying the knot that is now being revealed to you, or due to depression and the frustrations of life. Communication is the only remedy that can salvage your marriage. Try it out before deciding on your next move. ~ Rev Geoffrey Avudiko, Botwa, Kitale

Most likely your husband doesn't want to leave you but he is avoiding sex to protect you from something.

Maybe he contracted a sexually transmitted disease and he is not ready to be open about it. He could also be experiencing sexual problems or faced trauma that is common with men when their wives get pregnant or deliver.

Try to speak to him with the intention of helping him. ~ Rev. Allan Kiombe, Kericho

Your case is more common than you may think. There was an attraction that led you to date and stay together for years. However, that attraction on his part began to dwindle as your relations progressed.

When you become official his perception of you may have changed enough for him to move from lustful to overwhelmed in his new reality as a family man. There are men and women who cannot handle the change and that kills the thrill.

In a man's case, he cannot tell you the truth, that he has fallen out of lust for you and that distorts your relationship. The infection story was a way of delaying the truth.

Four years is a long time to refrain from sex which is an obvious indicator of one not being sexually attracted to the other. It is probably time to move on if he is not willing to tackle the issue.

No one but him can control that urge. Involving family does more harm than good. The two of you need to talk it out and lay all your truths on the table. Good or bad the truth must be told. ~ Relationships Counsellor, Maurice Matheka

I'm a father of two boys. I married my wife when she had one boy with who we bonded so well that we became more than friends. I have taken care of that boy more than my own son.

When our young boy was one year and a half my wife got a job in Saudi Arabia through my cousin and I paid for everything for her to travel.

For the first three months, she was able to send some money home. I was working and I didn't depend on her that much. But after three months things changed and my wife said that her salary was delayed.

Since I had funds I supported the children as they lived with my mum in the village. Last year, I lost my job due to Covid and my wife still claimed that she had not received her salary for 13 months.

I was forced to go back to the village and I started doing casual jobs to care for the boys. But I came to discover that my wife had been sending money to my pastor who is married to my sister.

What pained me most is that when things were hard for me, the Pastor knew it yet he said nothing despite us being very close. I had an accident and I requested my wife's help but she told the pastor not to send me anything.

When the time came for her to come back to Kenya I picked her at the airport and we went home to see the children. That's when I discovered that she had given out her whole pay to the church as a sacrifice. I stayed silent because she is a drama queen.

Since she came back I have not had any peace, and the pain is eating me up and I feel like I can burst. I have tried to look for jobs abroad, but I have not been lucky. I am pained and feel betrayed and things are getting worse.

I don't want to break my marriage since I don't want to bring up my boys without their mother. I am seeking your advice and for well-wishers who can help me get a job or a way to go out there and make a living. I will really appreciate it. Abel

Have a pressing relationship dilemma? Email us at

To contribute to next week's dilemma, write to the editor on email

Austerity measures that Fiolina must take to stay afloat

Yes, we are celibate