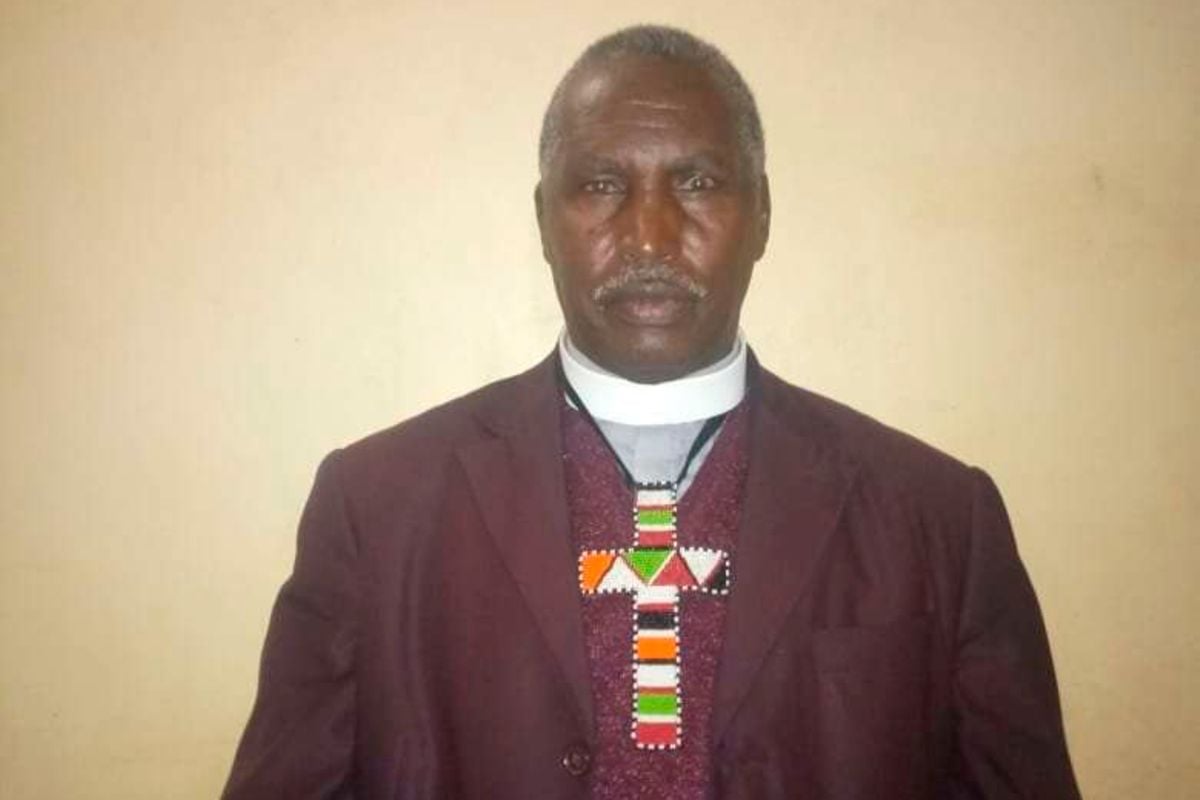 For a man who claims to have renounced his faith in the Christian religion, the Rev Kamau wa Macharia sure knows his Bible. He does not have many positive things to say about Islam either, the other major religion imposed on Africans. Instead, he embraces the African Traditional Religion which has been deliberately suppressed by practitioners of both faiths.

The former Presbyterian Church of East Africa (PCEA) minister who retired from active service after 30 years, has put down his experiences in an extraordinary book that will definitely ruffle feathers among his peers.

The 340-page self-published Elements of Godlessness in Christianity and Islam, which came out this year, is an important work that is bound to become a vital reference point for all who would study theology, and for students of African and world history, for it is a meticulously researched document rich in both content and controversy. One sure thing is that it cannot be dismissed. Indeed, except for a number of editing oversights that tend to detract from its overall message, this is a book which should be included in all theological curriculums continent-wide.

Right from the introductory chapter, it is clear that the book is revolutionary in concept, a daring debunking of many of the beliefs that both Christians, and to a lesser extent, Muslims in Africa have always held dear. It is a word from a man who has done extensive research in theology — the study of God and religions — and history, both past and contemporary, and concluded that most of what we in Africa have been taught by religious leaders through the ages cannot pass muster because it is in the realm of mythology and conjecture.

And his conclusions are disruptive and radical to the extreme: that all along, we Africans have been taken for a ride by the White and Arab races, forcing us to abandon our own God and religious beliefs and embrace their gods cloaking their predatory practices with a veneer of “civilisation” and godliness so that they can beat us to submissiveness. That way, he writes, they can exploit us without breaking a sweat.

The Rev Macharia begins by asking an age-old question: How could people who engaged in the slave trade for thousands of years targeting the Black race claim that theirs were superior religions and their gods were the only ones who could redeem the lost African soul? The reason he decided to write this book, he says, is so that his African brothers and sisters “may know the full truth about the evils, deception, oppression, dehumanisation, slavery, hatred, and exploitation” perpetrated by the followers of both Christian and Islamic religions on the Black race by people professing to be “Godly, religiously upright and humanly loving”.

He is particularly appalled by the slave trade. “While Western Christians were exporting human commodities from western Africa” he writes,” their Muslim brothers were exporting Africans from eastern Africa to Arabian countries …. Evidence shows that between 650 C.E. (AD) and 1,500 C.E. over five million slaves were exported from Africa.” Well, the abominable slave trade is an old story now, but what is particularly annoying is that all kinds of excuses were used to justify this barbarism, by both Christians and Muslims, one of them being that before their altruistic interventions, Africans did not have a concept of a Supreme Being.

The Rev Macharia’s writing is quite eclectic, ranging from a denunciation of missionary work to the evils relating to the miseducation of the “native”, from colonialism to neo-colonialism and to the depredations of the donor economy in a situation where the benefactor profits more than the recipient in the sense that the former is merely giving back a fraction of what wealth he has always extracted from the continent’s natural resources. However, what is likely to infuriate believers most is his conviction that both the Bible and the Quran contain too many contradictions for comfort.

For instance, he writes, there is no real proof that Jesus Christ could have been the son of God and a man born of a woman from the lineage of King David at the same time. He also contends that since the Christ was limited to Palestine and his ministrations were to the Jews, he couldn’t possibly be God since God is not only omnipresent, but also omnipotent. And if God “cannot be limited or confined to a particular place, community or time in history”, the early missionaries should not have tried to confine Him to themselves and proceed to impose their religious beliefs on others.

This, obviously, is heavy stuff, which cannot be adequately dealt with in this review, but such views are bound to be quite controversial. They should also make Africans think, which, obviously, is the book’s objective. Of great interest to the ordinary African, for instance, is the question of why he should submit himself to a foreign religious ideology. He has been indoctrinated to try and become like the white man, abandoning his rich traditional values and embracing a foreign language with which he struggles to communicate in the mistaken belief that other tongues and cultures are superior.

One paragraph in the book best encapsulates its central theme: “Both Christianity and Islam have been used to control the African thinking. They have made the African feel inferior, thereby causing him to abandon his non-confusing African Traditional Religion. The African has even been persuaded to disregard everything African in order to embrace everything Western or Eastern. The African has also been made to feel he is an outcast even when he is living in his own continent. This is very unfortunate.” No one can possibly argue with that.

The inescapable conclusion of this book is that the Christian Bible has always been used as an instrument of oppression, and it is time the African turned back to his own idea of God and traditional religious practices. How this is supposed to happen is not quite clear since, as the Rev Macharia himself readily admits, the African has been brainwashed to regard any departure from traditional Christian and Islamic practices as retrogression to heathenism.

The reader should regard this book as a personal odyssey by a man who discovered his disillusionment with everything he has hitherto believed and preached all his working life in the ministry. It will be interesting to know how his views will be regarded by his peers in the church, the intelligentsia, and the common reader. But whatever happens, I am betting that one word will keep cropping up in any discourse about it: Heresy. It is fortunate that dissenters and free-thinkers are no longer burnt at the stake, for the Rev Macharia would be a prime candidate.