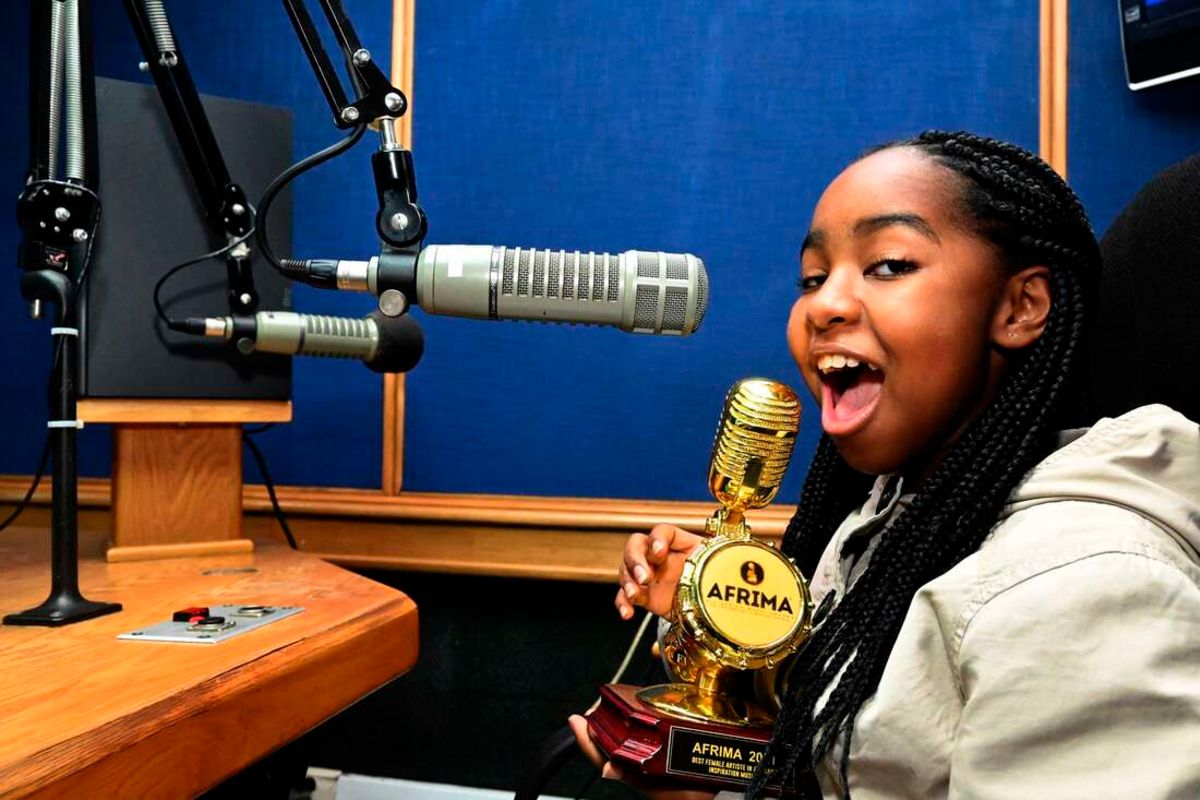 If some people were made for art, then others like Shanah Manjeru, were made with blocks of art. Such that even before it became clear to her parents that she was cut for music, when she was only three, she had visualised herself on a “big” stage, wowing the audience with her lyrical prowess.

It is as though she knew that somewhat “God will make a way.”

Hers is a story that dates a decade back: One Sunday afternoon, while having lunch with her family in a restaurant after church, she suddenly felt the urge to sing to a live audience. All she knew about music were just nursery rhymes. And, there was no stage in the restaurant, neither was there a microphone.

Her parents beckoned her to stop disturbing the packed restaurant. Instead, she started singing louder and louder. Unfazed and refusing to listen to her parents, she stood on her chair, made it her stage, and sang very loudly.

When she was done with her performance on her imaginary stage, the people at the restaurant cheered her. Then she sat down and continued eating like nothing happened. This heralded Shanah’s musical path. This far, her musical career can only be described as perfect, and in an upward trajectory.

Yet, even with what appears like a stellar musical career ahead, Shanah is uncertain of whatever she wants to pursue for a living.

“I’m not 100 per cent sure of what I want to become in future because it is God’s will,” she says. “I really do love music. I love performing in front of people. But then, I also want to become different things. I would love to be a doctor, an interior designer, a language translator, and many other things in between.”

Talking to the young teenager is a delight. Shanah has a profoundly resolute sense of self-belief, passion, and purpose, and speaks with an overspill of teenage glee. She broke into stardom a fortnight ago, when she won the tag of the Best African Female Artiste in Inspirational Music.

The 13-year-old excited fans in Afrima stage — a big stage that draws several bigwigs and masters of the music industry, quite like the one she’d envisioned herself in, some 10 years ago.

The excitement, the delirium, and the exhilaration, of living such a dream all felt too real to be true, she says.

“I felt very honoured to be on stage with other renowned artists,” she recalls. “Not everyone gets that chance. It was really unbelievable and I was very nervous.”

Propelled by her love for performing before people, and “knowing that more people will believe in the word of God through my music” stoke her passion.

“I would like to encourage people to believe in themselves and not never to give up,” she says.

“Even when all is toppling, hold in there a little longer.”

In 10 years, Shanah has “become better in singing”, she says.

“I have also learnt the art of patience and humility. And, I have noticed that it takes a lot of hard work to be perfect.”

Shanah is a Standard Seven pupil at Rose of Sharon Academy. But how does she strike an equilibrium between her art and studies?

“When at school, I focus on my studies. I try my best to finish all my homework in school so that when I get home, I practise singing. Sometimes homework overlaps and studies are now more demanding as I approach the national examination next year.”

From that Sunday afternoon incident, Shanah’s parents have since shared in their daughter’s dream. They have come to the realisation that their daughter is a child of many firsts.

She first “disobeyed” them when she was only three. At 13, she became the youngest nominee into Afrima awards and would beat all other nominated artists to become the youngest Kenyan to ever hold such a title.

Mr Anthony Mwangi, Shanah’s father who doubles as her manager says they “couldn’t see that stage at the time”.

But that stage was symbolic, he says, as Shanah already could see her future was cut out to do music.

“Shanah is a very obedient child. But on that particular Sunday afternoon, she disobeyed her parents and stood up on her chair on a restaurant that is full of people and she sang,” he told the Sunday Nation. “We still remember that day todate.”

Raising a gifted child, Mr Mwangi says, is not easy. But he is no stranger to raising gifted children. Together with his wife, Florence Manjeru, they have three gifted children — the firstborn, a 19-year-old actor, then a prolific 17-year-old writer and the baby of the house is now an award-winning singsong.

“Because, already the child has the skills, your level of expertise in a particular field has to be higher than that of the child. Or there’s going to be a lot of consultation musically to ensure that her vocal range, vocal abilities and music style actually grow along with her as she starts understanding a lot to do with music,” he says.

“Ever since we discovered that there is something in this child that needs to be nurtured, we put her onto lots of different platforms to refine her skills.”

Shanah has been performing in music concerts, singing in churches and schools, participating in music competitions. She currently has eight songs, all of which have been written and crafted in-house through her parents.

“We don’t have a music teacher,” Mr Mwangi says. “This is how we envision moving forward even though we also consult other music producers where she has recorded the songs.”

Talk of new projects and Shanah “will be releasing a Christmas song soon. So stay tuned,” she says.

Is it possible to stay friends with your ex?