Size doesn't matter, everything is in the man's bedroom skill 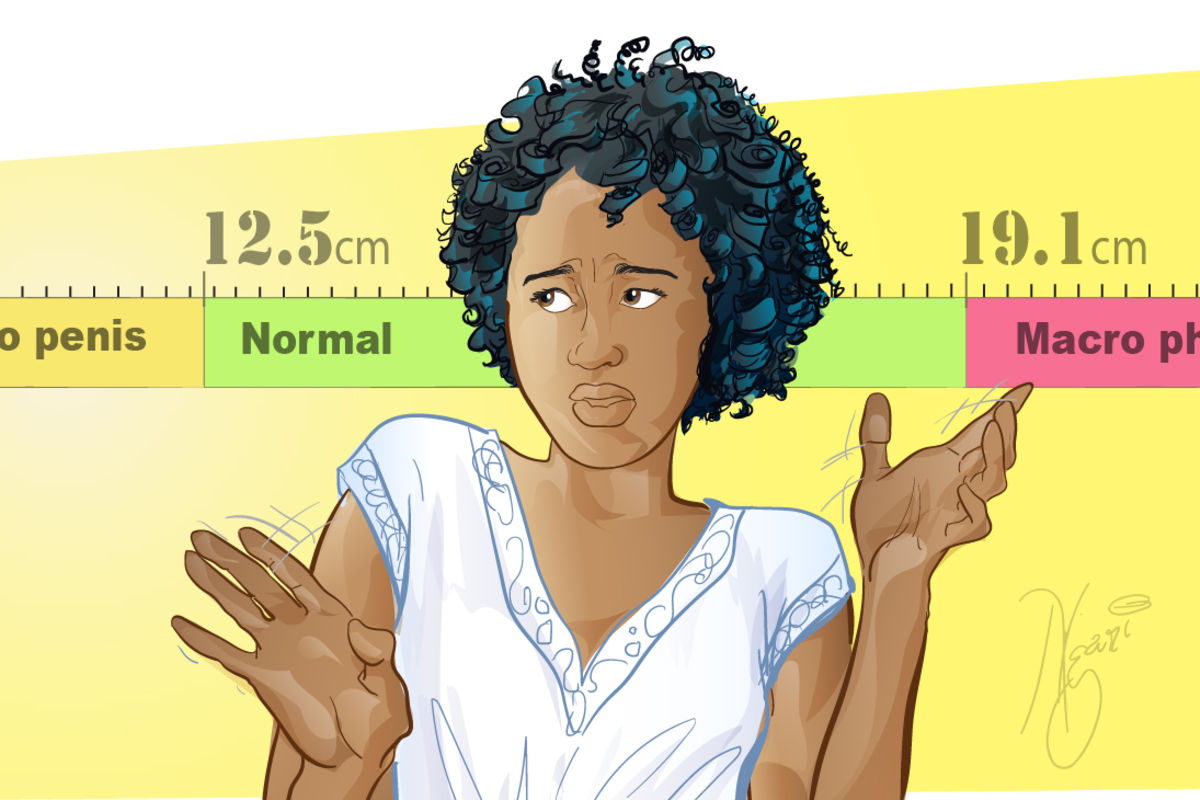 Grace gave what is generally referred to as penis panic a whole different meaning. Under normal circumstances, penis panic is the fear and dread of a small penis. The imagination that one's penis is smaller than normal drives men crazy, hence the penis panic analogy. But this was not the case for Grace. She was panting and in panic as she talked to me. She claimed that she had just escaped from Sobibor.

"You know when the Nazis put people in concentration camps and tortured them to death during the second world war?" she explained, "One of the notorious camps was called Sobibor and I feel like I just escaped from it!"

Mary a high school history teacher was 30, and I had just gotten into a new relationship. After going steady with her new beau, they decided to test waters, now that they were talking marriage.

"Everything went well till I saw his penis. It was a giant and when we tried getting into action, I was in too much pain," Grace shared.

"I ran and locked myself in another room to avoid my body from being torn into pieces!"

In the morning Grace pleaded with Humphrey, her boyfriend, not to attempt sex with her. She dressed up quickly and ran out. That's how she came to talk to me.

"I believe you have a way of reducing the size of such a monster," she pleads.

But Grace is not the first in history to worry about penis size. Incidentally, people worry more about small than big penis sizes. This is because generally, people give greater value to bigger penises, and those who perceive their anatomy to be on the smaller side suffer a loss of self-esteem; get into depression, feel useless or hopeless, and in extreme conditions commit suicide.

Historically, the fear of small penises makes men go to great and dangerous lengths in an attempt to enlarge and elongate them. A tribe called the Topinama, found in Brazil, are known to have exposed their penises to poisonous snake bites. It is said that after six months after the bites the penises would grow to unimaginable sizes – do not attempt this at home! Some tribes in India hanged weights on their penises to elongate and enlarge them, sometimes with catastrophic consequences. Africans used herbs of various types to achieve the same goal.

And so all across the world, big size seems to be everything when it comes to penises. It is no wonder that the internet is awash with adverts on medicines and gadgets to enlarge penis sizes.

But many people who claim to have abnormal penis sizes do not even know the size of a normal one. A penis that is not erect varies in size quite considerably. The size depends on the environmental temperature, time of day, stress levels, and other elements. It is therefore important to measure the size of a penis when it is erect.

Generally, about one in 200 men have a small penis, also called a micropenis. A big penis, also called macro phallus, is much rarer. The biggest penis recorded in history is 34 cm long with a circumference of 17 cm but such are rare occurrences.

Penis growth starts before one is born and continues through to puberty. Hormone problems are known to be the main cause of abnormal penis growth. What this means is that detection of abnormal penis size at birth can sometimes be helped by correcting hormone problems. After puberty hormone or any other treatment does not alter penis size. The internet adverts on penis enlargement should therefore be ignored.

Humphrey walked in just as I was finishing my explanation to Grace about penis sizes. He was distressed and at a loss. He was pleading for forgiveness.

"I did not mean to hurt you, we should have discussed before you hid," he explained emotionally, "I care and will never hurt you."

After a brief medical history, I measured his penis size. The length was 14 cm and the circumference was 12.3 cm. By all standards, Humphrey had a normal penis as I explained to Grace.

After a long talk with the couple, I concluded that they were sexually inexperienced. I booked them for sex coaching classes which went for a total of four weeks.

You see, size is nothing, it is the skill one employs that separates the boys from the men. "Over 75 percent of men with confirmed micro penises enjoy satisfactory sex and their women like it too.