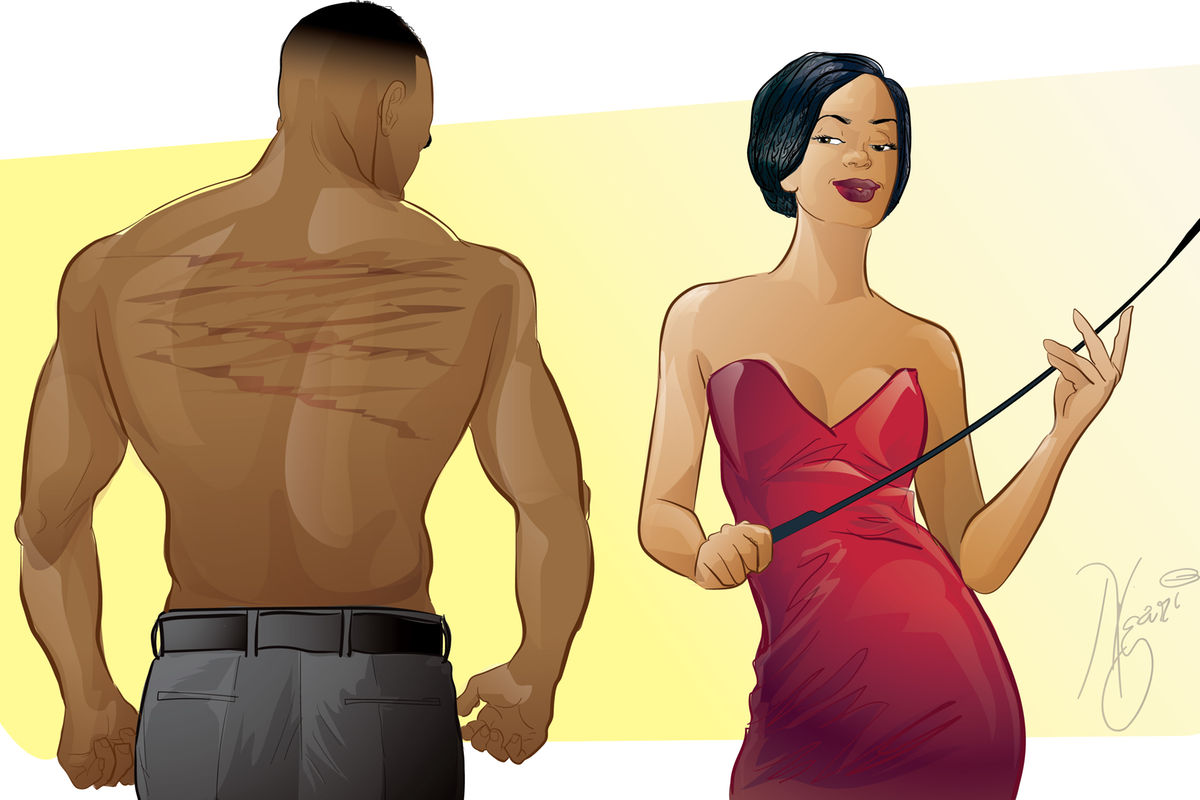 Intimate partner violence is widely condemned and even outlawed. But for some couples' violence is at the heart of their intimacy and stopping it would spell doom for the relationship. I met two such cases recently.

The first was Trudy, a middle-aged woman married for the last eight years. Harriet came to the Sexology Clinic for advice. She was worried that her husband had lost interest in her.

"You see, for the years we have been married we fight at least twice a week," she explained.

"That is really sad," I tell her, "In this era and age people should not be fighting. The law prohibits it."

"No, you don't understand," Trudy says,

"It's not those kinds of fights. I am worried that my husband won't fight as usual, and he comes home late and just goes to bed, I feel neglected and rejected, I want the fights back."

I reclined back on my seat, I understood what Trudy was talking about. As part of foreplay, they inflicted pain on each other and that led to sexual arousal. Mostly the man inflicted the pain and Trudy enjoyed receiving it.

"I enjoy the pleasure in the pain," she says.

The second case was a man, Onesmus. Just like Trudy, Onesmus enjoys the pain and his wife liked to exert control in the bedroom.

At some point, psychiatrists and psychologists thought that sadomasochism was a mental illness. They just could not figure out how people would have sexual pleasure by causing or receiving pain. Later research has however shown that sadomasochism is just a normal variant in sexual behaviour. It may vary from very mild forms to severe acts of violence leading to injury.

Consensual sadomasochism should not be confused with acts of sexual aggression. While sadomasochists seek out pain in the context of love and sex, they do not do so in other situations and abhor uninvited aggression or abuse as much as the next person. Generally speaking, sadomasochists are not psychopaths, and often all the opposite.

There are three rules if you happen to have traits of sadomasochism: the first rule is that it should not cause you mental stress since it is a known variant of sexual expression. Consider yourself a normal human being having a normal though rare sexual trait.

Some sadomasochists get anxious and sometimes depressed because they cannot come to terms with their behaviour. The resulting psychological and sometimes psychiatric problems can turn out to be a burden yet their sexual behaviour remains unchanged.

The second rule is that any sexual act must be consensual. If you are a sadist you should look for a masochist. Do not inflict pain on people who do not appreciate it. If you do so on an unwilling partner, it qualifies as illegal violence. Communication is most vital in letting your partner know what makes you happy and finding out if they are ready to be a party to your way of pleasure.

The third rule is that any form of a sexual act must consider safety as fundamental. Whether it is missionary style or whatever gymnastics you employ, your safety and that of your partner must be the overriding factor. This rule applies equally in sadomasochism. The pain inflicted must have a limit. The couple has to openly agree on what can be done safely. Fractures and infected wounds are definitely beyond what one would consider safe. Again communication is vital in letting your partner know that the pain is too much. Of course, the hope is that the intensity of the pleasure does not cloud the injuries being inflicted.

Austerity measures that Fiolina must take to stay afloat