Why do some women make so much noise during intimacy? 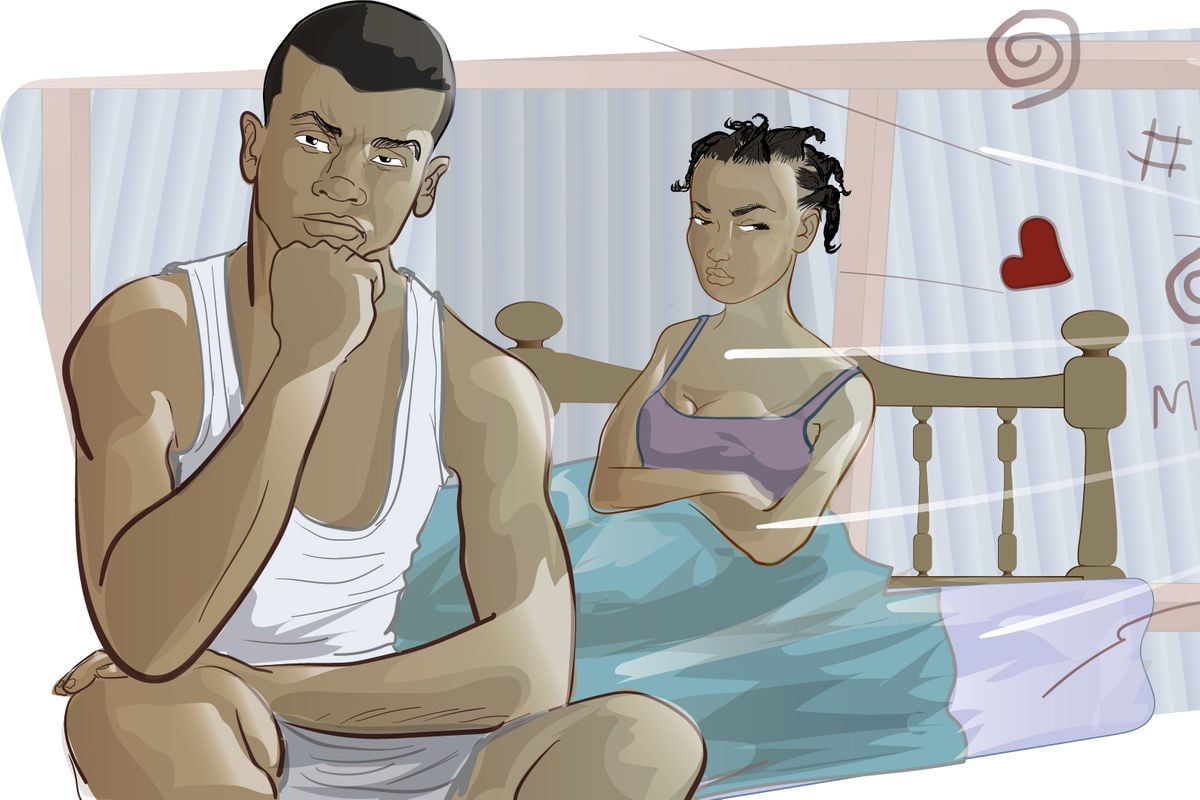 "My husband gets mad with me if I make noise when we are in the act. He orders me to shut up, and says only prostitutes make noise. Though I try, I am unable to control myself. Am I normal? What should I do?" This message came through my inbox the other day.

"Is there really something to noisy sex?" I wondered. In a 2011 study known as "copulatory vocalization" -- in the Archives of Sexual Behavior, researchers found that many of the women did make noise but not necessarily while they were having an orgasm. Instead, 66 percent said that they moaned to speed up their partner's climax, and 87 percent stated that they vocalised during sex to boost their self-esteem.

So it seems that making men happy is part of the reason why women moan, but what happens to couples with space limitations?

Lack of space is one of the issues that Boaz a security guard and his wife Jael, who live in an informal settlement have to grapple with.

"So my problem is that because of Jael's behavior the landlord has told us to vacate his premises since we are a nuisance to our neighbours," Boaz confided.

The couple lived in a shanty structure with walls made of iron sheets, and with several separate houses joined. There was little privacy between the rooms and it was easy to hear what a neighbour said or did.

"So how does sex happen between married people in such a setting?" I asked.

"That is why we need the big four agenda to be implemented," Boaz said jokingly and burst out laughing. He was fairly sharp and with good knowledge of public affairs.

"Before we can afford a more private house we have tried to adopt strategies of having sex under the circumstances," Boaz continued, "we as well as our neighbours put our small radios on at peak volume during sex to muffle the noises."

This is news to me. I had never actually imagined how poor housing affects sexuality.

"And what about your two children, where are they at such intimate moments?" I asked.

"We send them to far-off shops to buy sweets for themselves and lock the door," he explained, "and on days when I am home at night we try to make them fall asleep before we start and hope that our movements do not wake them up."

In his own words, Boaz said that you cannot just let go fully and enjoy sex because one has to be conscious of the environment. I realised that children in such settings must learn to fall asleep when the radio is on because the radio only goes off once sex is over.

"So why does your landlord want you to vacate the house?" I asked.

"Jael lost control and made loud noises," Boaz explained, "our neighbours got irritated and reported us to the landlord threatening that they would move out if we continued to stay in the compound."

So Boaz wanted me to help Jael to stop the vocalisation. He was worried that even if they moved to the next house, it would be in a similar setting and they would face the same challenges.

"Can you help my wife to control her noises, please? The groaning and moaning can sometimes be uncontrollable and this is messing us up."

Sexual noises are part and parcel of sex and in fact spice up sexual experiences. Males are known to be stimulated by vocalisation. The noise is loudest during orgasm. This is a known part of healthy sexuality and I was not going to tell Jael to stop.

"So how do I stop the landlord from throwing us out?" Boaz said throwing his hands in the air in desperation. I wished I could help.

We explored the possibility of going back to the rural area where, although houses may not be permanent, they are standalone with no neighbours to be worried about. That however meant that Boaz would quit his employment. He was a watchman in a security firm with a salary of Sh10000 which he valued.

"I would also have to quit my work, do not forget that," Jael said. Her work involved washing clothes for three households in the middle-class estate nearby.

My conclusion in all this was that healthy sexuality cannot be achieved if we do not alleviate poverty and have households enjoy the basics of life such as housing and access to healthcare. Anything short of that makes sex a socially embarrassing act which can be full of disruptions to the lives of families if not handled carefully.

Back to the question posed in the email. Men should be more open to how their partners experience pleasure. It has been noted that making noise turns some women on and helps them experience ecstasy.

Sexual self-esteem is a two-way street, and, for their part during sex, guys should aim for more than a single grunt at the end. It's not about faking or doing something you don't want to, but more about being sexually present and in sync with each other.

So let's all make some noise.

Covid-19 was a reality check for friendships

Suspension of MPs shows arrogance of those in majority: TMC’s Dola Sen