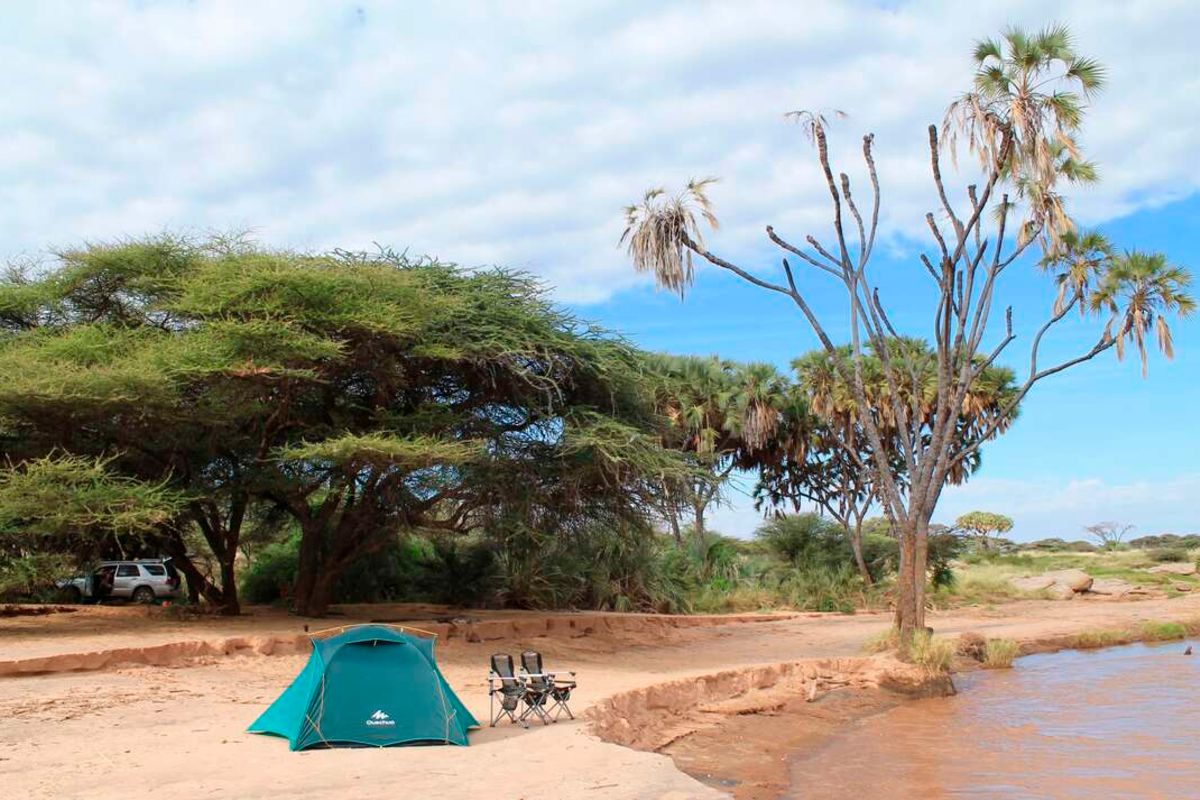 Earlier this year, I wrote an article that strayed from the usual style of this column. Instead of describing a single destination or event, I compared a number of self-catering properties across the country. I got some good feedback from it, so I thought I’d do something similar this week – focusing instead on a selection of fantastic campsites.

Regular readers of this column will know that I’m a keen camper, particularly in conservancies or national parks where you have to be completely self-sufficient. There’s no better way to immerse yourself in the wild than under canvas, surrounded by wildlife and with no other humans around for many miles.

The first site that deserves a mention really exceeded my expectations when I visited it four years ago. Tucked along the southern border of Embu County, beside the Kamburu Dam, is the Mwea National Reserve. Covering an area of just 42 square kilometres, Mwea makes up for its modest size with its surprisingly diverse wildlife.

From our picturesque campsite on the shore of the reservoir, we watched an elephant stride along the bank nearby, and a crocodile slip into the water to avoid an irritating troop of baboons. With little investment in park infrastructure at the time, there were no signposts and the reserve had a real wild charm. Unless things have changed over the years since, Mwea is an underrated and accessible spot for a weekend out camping.

Another great location that’s often overlooked is the enchanting Mau Eburu Forest, to the north of Lake Naivasha. The forest covers the slopes of Mount Eburu, a volcanic massif with two prominent peaks – one of which is still geologically active with hot springs and spitting steam jets.

The Forest Glade Campsite is a good base for guided excursions on foot, detailed in the excellent guidebook, The Mau Eburu Forest – A Visitors’ Guide. As well as being recognised as the most important ‘hotspot’ for birdlife on the Mau Highlands, the forest is home to 10 per cent of the global wild population of the critically endangered Mountain Bongo.

Featuring far more frequently on tourist itineraries is the vast Aberdare Range. As a wilderness camping destination, the Aberdares is difficult to beat. The lower altitude areas, particularly the forested salient in the east, are more densely populated with wildlife than the high moorlands running down the spine of the park.

But the moorlands are equally stunning, with tall waterfalls and ancient rock formations. The many KWS ‘special campsites’ scattered across the park are each attractive in their own way; some spots are by clear rivers or protected within dense forests, while others are exposed in the moorlands along spectacular hiking routes.

To the northeast beyond Mount Kenya is a much smaller reserve with a very different but dramatic landscape. Shaba is less popular than its large neighbours, Samburu and Buffalo Springs, but it has just as much to offer. Natural springs across the reserve’s chalky grasslands provide colour and draw in wildlife, and the jagged Mount Bodich towers above the winding Ewaso Nyiro River.

There are four main camping spots in Shaba, but the doum palm-shaded Robin Hurt’s campsite on the bank of the river is by far the best.

Towards the upper Ewaso Nyiro basin, the river flows through the Ol Pejeta Conservancy, where there are also some fantastic campsites. Ol Pejeta is an ideal destination for a weekend safari – the drive from Nairobi is manageable, the density of wildlife is high, and the views of Mount Kenya are stunning. There are five campsites in the conservancy, and three of them are on the banks of the Ewaso.

I’ve run out of space, but there are lots more wild camping spots that I would include on this list. I’d also love to hear from you; send me an email using the address below with your top recommendations.

Is it possible to stay friends with your ex?

Saying goodbye to our dads is hard