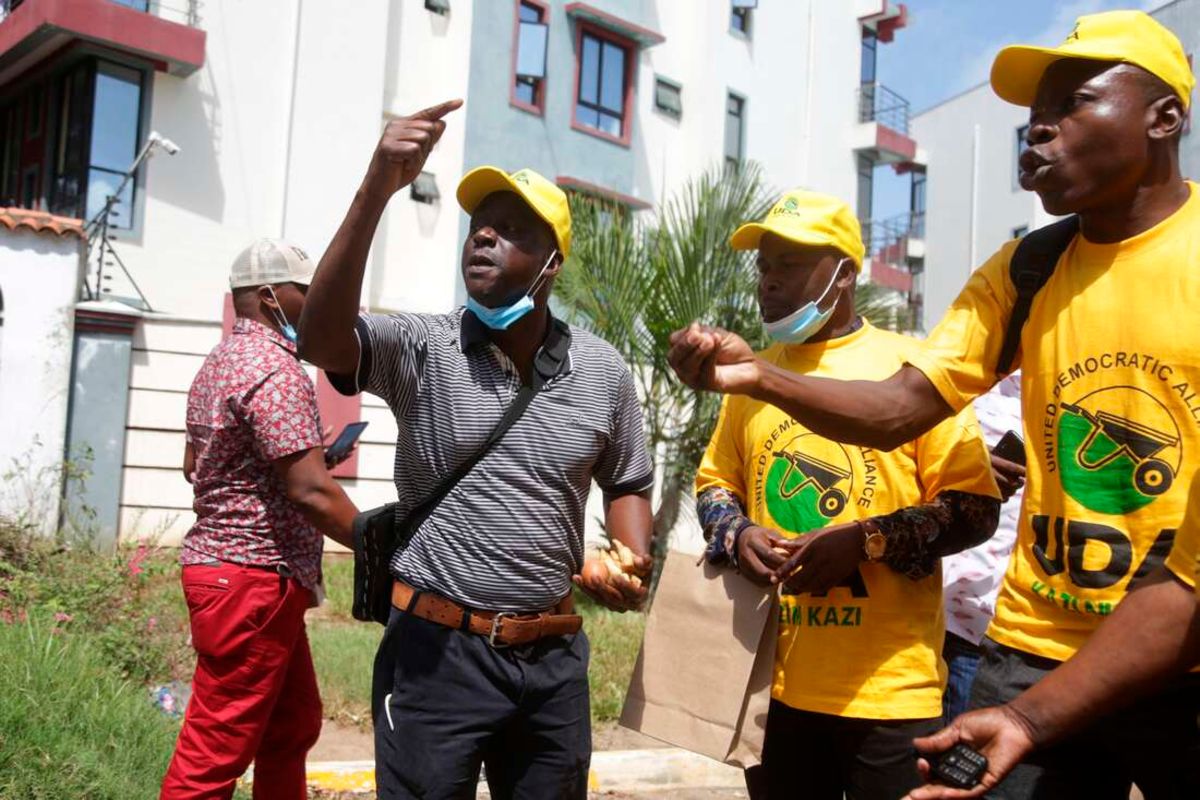 A storm is brewing within the United Democratic Alliance (UDA), pitting incumbents and aspirants eyeing the same seats ahead of the 2022 General Election.

At the centre of the tussle is an alleged scheme to lock out strong aspirants from various seats being eyed by the party’s bigwigs.

According to a source within UDA’s secretariat who declined to be named for fear of reprisals, the party associated with Deputy President William Ruto is being driven by sitting lawmakers, who are jostling for party positions in order to guarantee them nomination certificates.

The source claimed the MPs have put their loyalists to be constituency and ward coordinators in order to use them to gain contacts from the public and create grassroots networks. The coordinators are being accused of frustrating aspirants in different counties.

Even though the party’s leadership has been assuring members that they will conduct party grassroots elections, according to the source, all indications are that UDA officials might eventually be people proposed by sitting legislators through boardroom deals, using their closeness to the DP and the party secretariat.

The source claimed that most of the current MPs have been frustrating their competitors by making sure the aspirants do not meet and when they attempt to, the legislators allegedly use their influence to send police to scuttle the meetings.

“So far, the party secretariat has been crisscrossing the country assuring aspirants that the nominations will be free and fair but that just sounds good on paper; how the party achieves this remains to be a mystery,” said the source.

“I say this because the same players who mismanaged the Jubilee nominations have been imported into UDA and signs are already there that there is nothing new they are bringing to the table.”

The source cited Nairobi County as one region where the scheme is in high gear with divisions and infightings which have been going on for the last two weeks over the gubernatorial seat. It is alleged that a sitting senator and a businesswoman are behind the machinations.

The same scenario has also unravelled in Nakuru, Mombasa, Kiambu and Nyeri counties, with aspirants now mulling decamping to smaller parties as a plan B should they be locked out of UDA.

“If UDA does not put its house in order, it will suffer the same fate that Jubilee Party and ODM have been suffering. It will just be another vehicle for transporting leaders into office.”

Contacted for a response over these claims, UDA Communications Director Wanjohi Githae said that this is an indication that the party is popular among aspirants across the country.

“UDA is like a beautiful woman that everyone wants to be associated with. The interest and competition for positions shows that the party is popular and there is democracy," Mr Githae said.