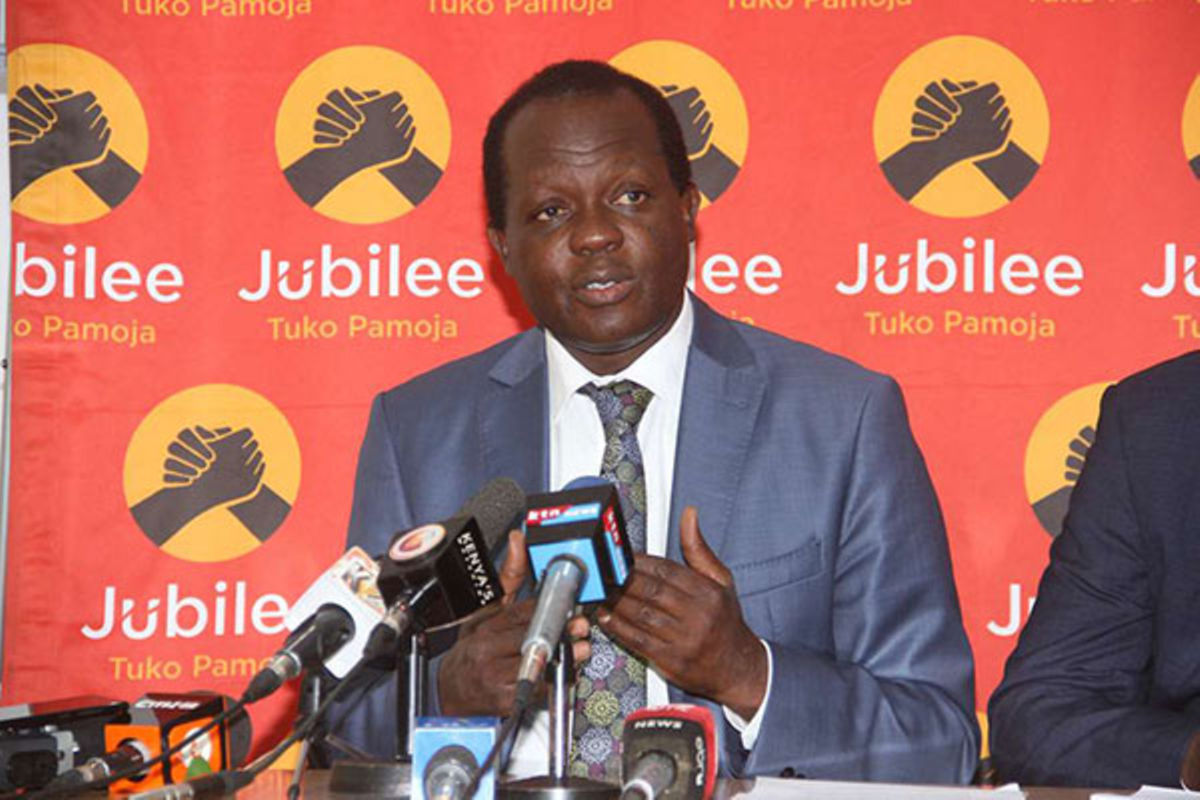 Jubilee Party Secretary-General Raphael Tuju has dismissed claims by Deputy President William Ruto that the ruling party is on its deathbed, saying the exit of the DP’s allies is inconsequential.

He asked the Tangatanga team to stop thinking that if they are not involved in the party affairs then Jubilee Party ceases to function.

“Those who have joined the United Democratic Alliance linked to the deputy president, all voted against the Building Bridges Initiative (BBI) Bill in Parliament but those who voted in support were 232. ODM, who voted were over 70, if you do your calculations, this shell is on which side?” he posed.

Coming just a day after Dr Ruto alleged that those who had been entrusted with the management of Jubilee had led to the party’s dwindling fortunes.

“Jubilee party is badly damaged, we have never had a party retreat, no party meeting and PGs except those which were called to expel members. There has not been any constructive engagement. A party is built on trust; it is built on engagements. You must work with people, you must not underestimate or look down upon them,” he said.

Mr Tuju, however, defended President Uhuru Kenyatta and ODM leader Raila Odinga’s decision to open talks for a coalition ahead of 2022 General Election.

Jubilee and ODM have been working together since March 9, 2018 when the President and Mr Odinga struck a deal to resolve the political crisis following the disputed 2017 vote.

The ongoing talks between the parties seek to transform the handshake between President Kenyatta and Mr Odinga into a formidable coalition.

According to Mr Tuju, the handshake between the two leaders has created a conducive environment which has resulted in the completion of development projects.

“A country without peace cannot achieve its development agenda and that is why we have been instructed by the President and his handshake partner to work on the Jubilee-ODM coalition. These are the only two biggest political parties and when they work together, peace will prevail,” he said on Thursday in an interview with a vernacular radio station Mayienga FM.

“We cannot get investors if there is chaos and street demonstrations. When we complete the BBI process, we need to have a new government which will unite Kenyans,” he added.

He revealed that they have decided to start preparing for next year’s polls because they want continuity in the handshake principals had started.

The SG said there is a need to build an inclusive nation.

“There is a need as leaders to strive to have a united country where no tribe feels sidelined by the government,” Mr Tuju said.

DP Ruto, viewed as a rebel in the ruling Jubilee Party, had termed the move “tragic” and “ill-advised”, adding it will destroy the party.

He had also claimed that when he tried to find a solution to Jubilee woes, he was declared ‘persona non-grata’.

“I realised that we weren’t making the right decisions but when I went to party headquarters, some people said that I wanted to take over the party,” he claimed.