Inside Uhuru's plan for 2022 power transfer 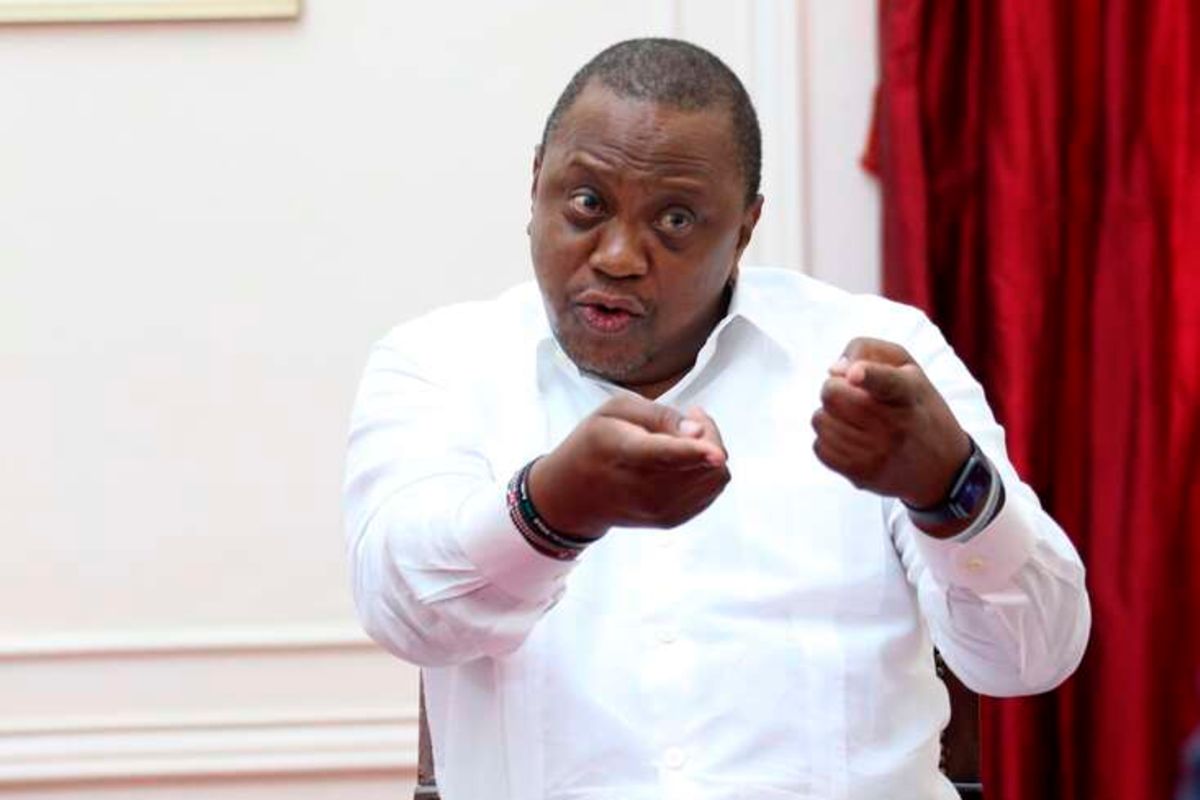 President Uhuru Kenyatta is working on his 2022 succession with his Handshake partner Raila Odinga — a key cog in the plan — pulling strings behind the scenes.

Mr Kenyatta wants the Orange Democratic Movement (ODM) leader to stem a fallout in his party while  at the same time reaching out to One Kenya Alliance chiefs in private talks in the quest for a super alliance against Deputy President William Ruto, whom the President and the ruling Jubilee Party have sidelined.

Mr Odinga is already making his moves, trying to get Governor Hassan Joho (Mombasa) to return to active ODM affairs, and to win over Kwale’s Salim Mvurya, a Jubilee governor who has allied himself with DP Ruto.

The ODM chief is determined to ensure Mr Joho resumes his high profile party engagements, apparently because the party is convinced the other deputy party leader, Governor Wycliffe Oparanya (Kakamega), is on his way out.

With the President’s help, Mr Odinga is keen to tap Mr Mvurya to prop up his influence at the Coast, which has been shaken by Mr Joho’s perceived discontent and the open rebellion by Kilifi Governor Amason Kingi.

The President recently met Mr Joho and Mr Mvurya and asked them to support his Handshake deal with Mr Odinga. Mr Mvurya could not be reached for comment on the matter yesterday.

However, Mr Joho said he does not want to be the one who undermines Mr Odinga’s mission when he has secured the support of President Kenyatta, and vowed to take part in “serious Handshake action” .

“I’ve had numerous discussions with the former PM, which have left me convinced that the vision and dream that we have chased unsuccessfully over the years is around the corner,” Mr Joho told the Nation yesterday. He added: “His brother, the President, shares that belief very strongly.”

Mr Joho and Mr Oparanya have challenged Mr Odinga for ODM’s presidential ticket, but the fallout with the Kakamega governor is traced to an ODM Central Management Committee meeting earlier this year when he strongly advocated working with Deputy President William Ruto. The governor’s subsequent meetings with the DP have left Mr Odinga’s camp convinced he could be on his way out.

The One Kenya Alliance, which brings together Mr Moi, Amani National Congress (ANC) leader Musalia Mudavadi, Wiper’s Kalonzo Musyoka and Moses Wetang’ula of Ford Kenya, had initially unsettled Mr Odinga, particularly because of his Nasa co-principals’ hostility towards him.

However, the Nation has learnt that given Mr Odinga’s central role in President Kenyatta’s succession, efforts are being made by the President’s side to have all these pro-BBI leaders in a super alliance.

The plan to have Mr Odinga join hands with Mr Moi was signalled on April 13 when President Kenyatta’s brother Muhoho Kenyatta accompanied the Baringo Senator to visit Mr Odinga at his Karen home.

Kanu Secretary-General Nick Salat, a confidant of Mr Moi, confirmed attending one of the meeting’s at Mr Ng’ong’a’s home in Siaya together with Tiaty MP William Kamket.

“We want the next country’s leadership to reflect the face of Kenya in the allocation of all the seats,” he said.

Although Mr Ng’ong’a did not confirm or deny hosting the Kanu brigade when contacted, his handlers confirmed such gatherings but maintained they were “top secret”.

Mr Mudavadi has also weighed in on the planned shake up of the One Kenya Alliance, saying, it will reflect the face of the country.

“It’s not about a closed shop, but having a conversation with other Kenyans, provided that Kenyans feel the issues we are pursuing are in sync with their own views,” he said.

The team last week received an update report from a technical committee on the progress of formalising the alliance.

Mr Odinga’s elder brother, Dr Oburu Oginga, confirmed the ODM leader’s camp was reaching out to the One Kenya Alliance. He said they were keen on a broader formation “to propel Jakom (Mr Odinga) to State House in 2022.”