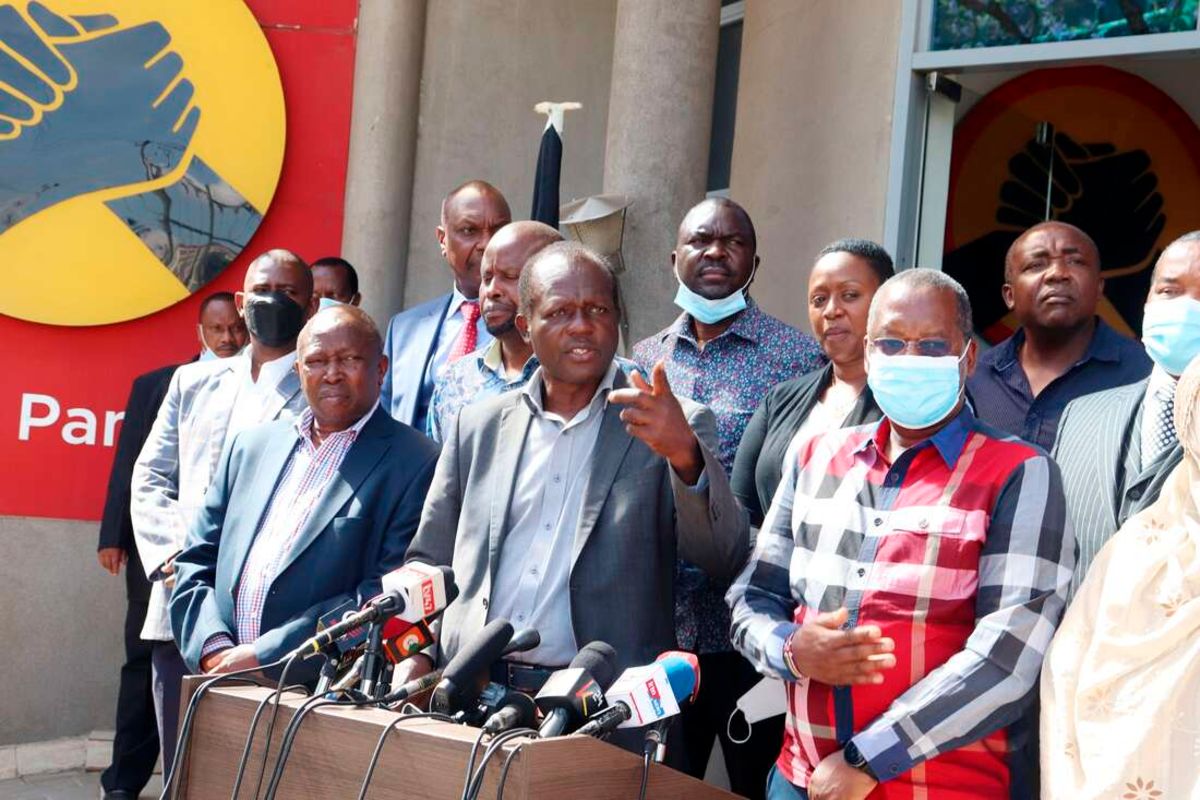 President Kenyatta’s Jubilee Party will hold its National Delegates Conference (NDC) at the end of the month, when the political break-up between the President and his deputy William Ruto is expected to happen, and ODM leader Raila Odinga ushered in as the new partner

The NDC, according to senior party officials who spoke to the Nation after yesterday’s meeting of the party’s top organ  — the National Management Committee and its parliamentary leadership —  is expected to kick out renegade members from party positions and ratify the coalition deal between Jubilee and ODM.

The DP, who is the Jubilee Party deputy leader, is expected to be shown the door following his association with UDA on whose ticket he plans to contest for the presidency in next year’s election.

“It’s in the Constitution that those who don’t subscribe to party policies are let go. That should concern you as much as it concerns us. The NDC is the highest party organ and whatever it decides prevails,” Jubilee Secretary-General Raphael said.

During a rally in Kasikeu, Makueni County, last week, the DP announced that he would quit Jubilee and join UDA.

“We’ve now agreed that I’ll leave Jubilee to form a party for the hustlers called UDA. Kazi ni kazi (work is work) and you must all move from where you are and join us to be able to form a government that understands hustler issues,” he said.

Other Jubilee officials could also find themselves on the chopping board should the delegates decide on the changes in a bid to reinvigorate the ruling party.

In recent weeks, Mr Tuju and Jubilee Vice-Chairman David Murathe have received a barrage of criticism from some party members that want rebels sacked.

Mr Tuju, however, downplayed the matter yesterday, noting, Jubilee members were at liberty to criticise any official because it demonstrates democracy in the party.

As Jubilee gears up to remove DP Ruto as its deputy leader, the delegates, according to party insiders, are also expected to discuss and formally approve the party’s coalition deal with ODM.

“Our discussions with ODM are ongoing. There are those done at our level as officials and there are also those done at the level of the party leaders — President Kenyatta and Mr Odinga,” Mr Tuju said.

“It’s beyond my pay grade at the moment to divulge anything that has come up at the level of the two party leaders,” he added.