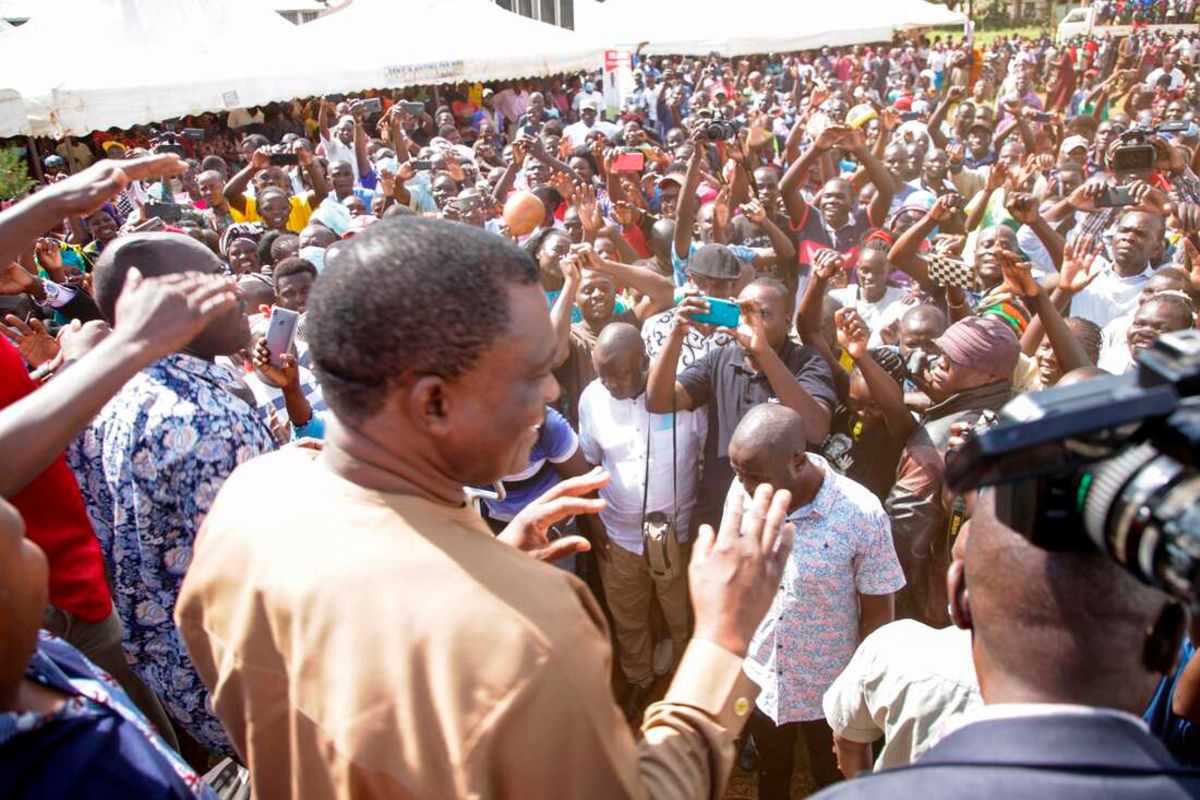 National Assembly Speaker Justin Muturi has maintained that he will be on the ballot next year as he called on his rivals to prepare for a tough battle.

He expressed confidence that he is fit to take over from President Uhuru Kenyatta when his second and final term expires in 2022.

Mr Muturi, who was endorsed by the Democratic Party delegates last month to contest the presidency, has embarked on a mission to craft an alternative leadership that will face ODM leader Raila Odinga and United Democratic Alliance (UDA) de facto leader Deputy President William Ruto.

“When you are going for a competition, you don’t go there to lose. Let us meet at the ballot,” he said while presiding over a fundraiser at Sega Polytechnic in Ugenya, Siaya County. The Speaker attended the funds drive for the empowerment of women small-scale traders on the invitation of area MP David Ochieng, who is also the Movement for Democratic Growth (MDG) party leader.

A source privy to the discussions indicated that the speaker is courting MDG to be part of a coalition to be known as the National Alliance for Change, which would be their political vehicle for the 2022 election.

“We need to put into office leaders who can promote integrity and be accountable,” he said while dismissing calls by former police spokesman Charles Owino for him to drop his ambition and be Mr Odinga's running mate.

“I will give Kenyans the freedom to choose from a variety of leaders who will be on the ballot when they turn up to cast their votes,” he said.