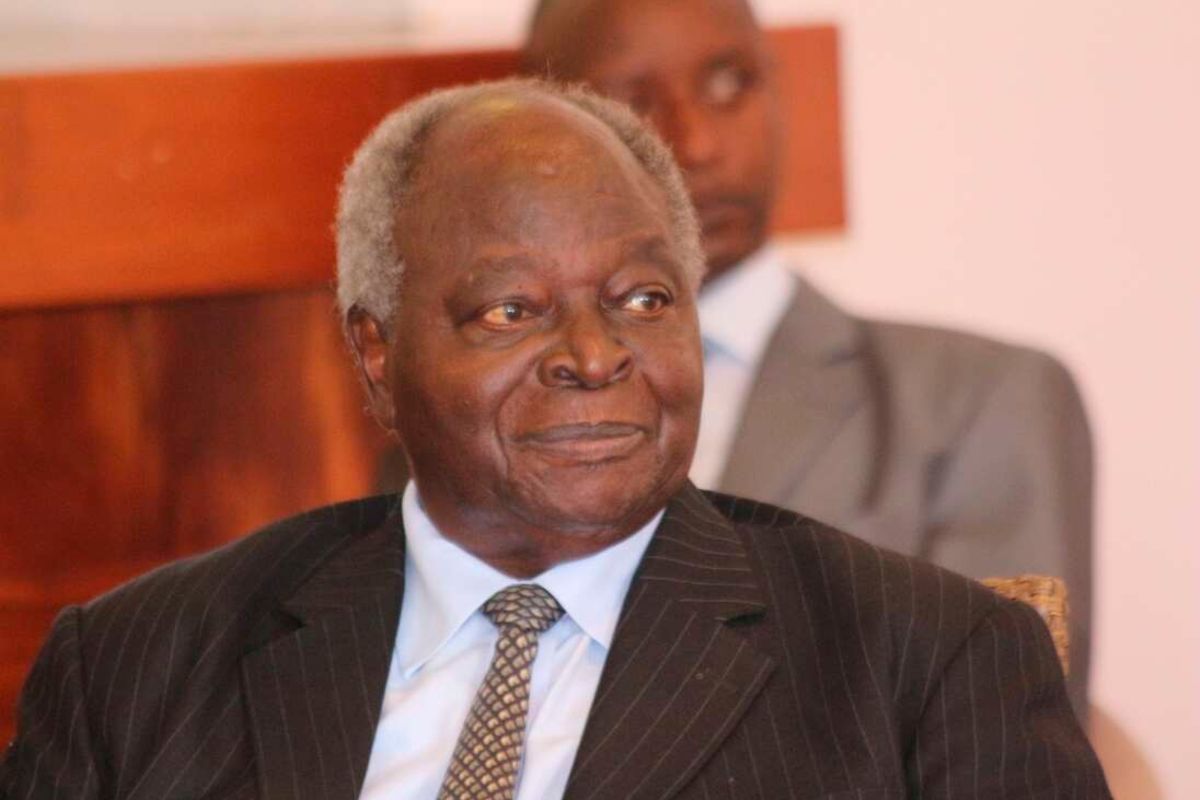 As the battle for the 2022 elections takes shape, an influential political figure is quietly emerging.

Retired President Mwai Kibaki, in his characteristic quietness, has been hovering silently over the 2022 race as aspirants seek to associate with his brand and economic successes between 2003 and 2013.

In a bid to associate with Kibaki’s successes, including by surrounding themselves with the former president’s advisors, the 2022 aspirants could also be passing a judgment on the Jubilee administration, one of a below par performance.

“It is largely accepted amongst all political players and Kenyans generally that Kibaki is the best president Kenya has had. His influence will not be direct or overt. It will be inspirational. Kenyans will be called to reimagine an era of low interest rates, high employment and a booming agricultural sector. These are hallmarks of Kibaki presidency. However, Kibaki will never utter a word or do anything to influence anyone,” says Murang’a Senator Irungu Kang’ata, an ally of Deputy President William Ruto.

In a manifestation of the quiet influence the former president is having on the 2022 race, all the leading aspirants cite their closeness to the Kibaki-era achievements or have hired some of his advisors.

ODM leader Raila Odinga, for instance, has been highlighting the achievements of the Grand Coalition and during the Narc-era, including initiation of some of the major infrastructural developments in the country. Some of the projects under the former President’s Vision 2030 blueprint were implemented by the Jubilee administration such as the standard gauge railway (SGR) and the Lamu Port which is part of the Lamu Port-South Sudan-Ethiopia-Transport (Lapsset) corridor project.

He is currently in talks with President Kibaki’s 2007 party, Party of National Unity (PNU), with a view to forming an alliance ahead of the 2022

Mr Odinga has spoken of his relationship with former President Kibaki, and the heroic welcome he received from Mt Kenya after the elections of 2002.

“I campaigned for Kibaki when he was on a wheelchair in 2002. I visited several parts of central Kenya. There was a time I was like a saint in Mt Kenya,” he recently said in an interview with vernacular stations.

For Mr Odinga, an association with the achievements under the Kibaki-era are important for him. He was the Minister of Roads and Transport in the early parts of the Kibaki presidency when they laid the foundation of the major infrastructure projects. After the 2007 elections, he was the Prime Minister, again when the country made economic progress after the 2007/8 post-election violence.

In a recent interview with the Nation, former State House Comptroller under President Kibaki, Matere Keriri, also suggested that it was only Mr Odinga who could carry on with the Kibaki legacy.

“For this country to recover from the chaos that it faces today and to start off where Kibaki left and recover this economy, which has been destroyed not merely by Covid-19 but by political disagreement and selfishness, it is Raila’s time,” said Mr Keriri.

Mr Odinga’s main rival for the presidency, Deputy President William Ruto has, on the other hand, sought to associate with the former president’s legacy by hiring a number of the latter’s advisors.

They include economist Dr David Ndii, who advised the Narc administration on the Economic Recovery Strategy credited with the post-2003 recovery. Dr Ndii has become the public face of Dr Ruto’s ‘bottom-up economic model’ to revive the economy.

In the economic team is also Prof Raphael Munavu, also a Kibaki-era advisor and university administrator. Former Central Bank of Kenya Governor Njuguna Ndung’u has recently not been seen with the deputy president even though it had earlier been announced that he would be part of the economic team.

“Success has many friends, therefore, anybody running in 2022 wants to associate with President Kibaki’s successful management of the economy. Although he had challenges, Kibaki fought impunity, mediocrity and corruption. He restructured Kenya’s monetary and fiscal policies to the benefit of the majority. He has no peers in this economic management,” says political commentator Dismas Mokua.

Besides Mr Odinga and Dr Ruto, many Kenyans still lost in the current political maze make reference to Kibaki-era economic success as they look across the field to the person who can steer the economy to the heights he achieved. Kenyans also look at the Kibaki-era economic success, including his preference of locally-generated revenue over expensive loans that have been the hallmark of the Jubilee administration. Any association with former President Kibaki, it seems, is welcome for the aspirants. While Mr Odinga is in talks with PNU, which was President Kibaki’s re-election vehicle, National Assembly Speaker Justin Muturi went for the Democratic Party (DP). DP for a long time was President Kibaki’s party and on whose ticket he contested the presidency in 1992 and 1997.

And so, even though the former President, in his character, is not expected to make any political move or statement, he could quietly be a factor in the 2022 elections.

Yet the rush to associate with President Kibaki does not augur well for the Jubilee administration’s image.

According to Mr Mokua, presidential aspirants using President Kibaki as a reference point means that the UhuRuto administration has failed in taking Kenya to the next level.

“This means that UhuRuto economics has made Kenyans worse off that is why they remember Kibaki with nostalgia. UhuRuto placed a premium on vendor/procurement-driven economics to the extent that a good numbers of projects like SGR remain white elephants,” says Mr Mokua.

Dr Ruto has in a way been disassociating himself from the UhuRuto administration economic challenges, blaming the March 2018 handshake between the President and Mr Odinga of disrupting Jubilee’s momentum. On the other hand, he has also been taking credit for the Jubilee successes.

This prompted his boss, President Kenyatta to accuse him of doublespeak and asked him to resign if he was not satisfied. For Mr Kang’ata, aspirants seeking to associate with retired President Kibaki’s successes does not in any way bode badly for President Kenyatta and the Jubilee administration.

“Economic development programmes tend to be felt over a long period. There is likelihood the Uhuru programmes will mature long after he is gone,” said Mr Kang’ata.

The question, however, is whether the form of association can address the aspirants’ credibility gap.