Nassir takes on Joho over succession 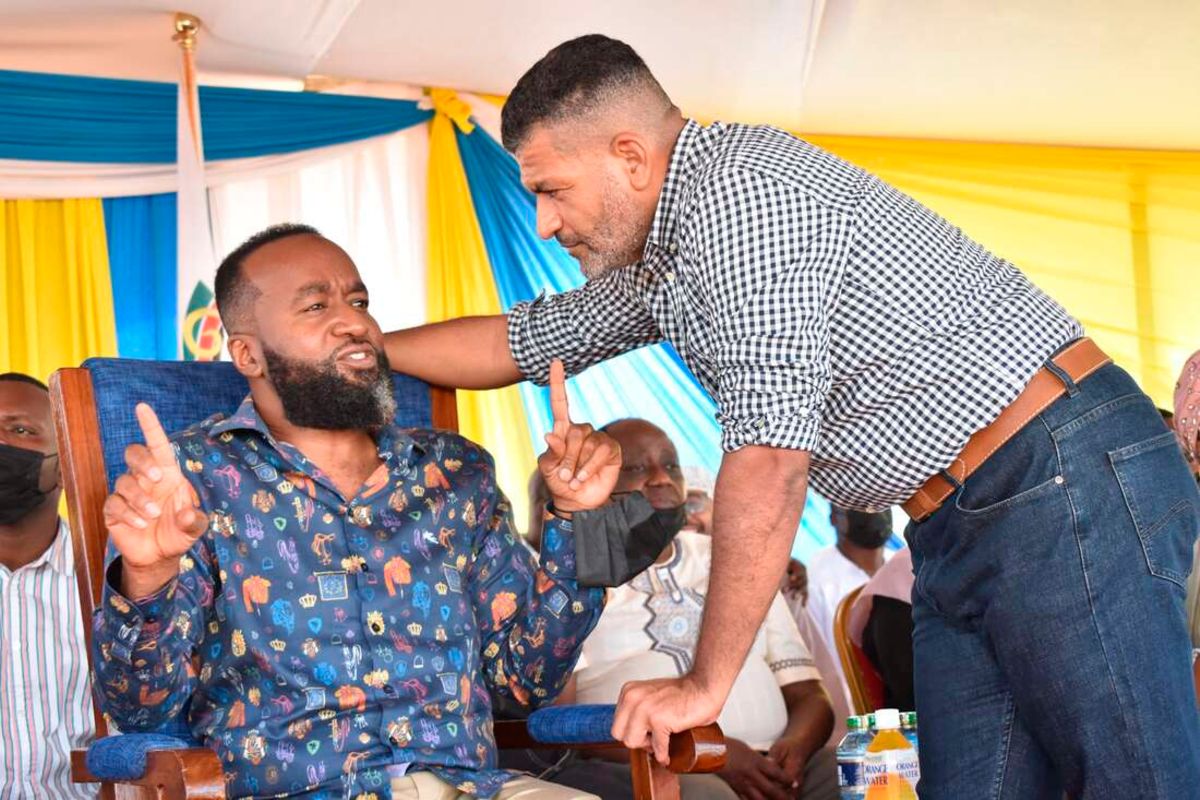 Mvita MP Abdulswamad Nassir has asked Governor Hassan Joho to keep off the Mombasa gubernatorial succession politics, claiming his office is being used to campaign for rival Suleiman Shahbal.

He was referring to some county officials, including Mr Abdirahman Idriss (political adviser in the governor’s office), who he says are in Mr Shahbal’s campaign team. It is instructive that Mr Joho, a close friend of Mr Nassir, has kept mum about whom he supports in the race to succeed him.

“I am asking my brother Governor Joho not to interfere with the gubernatorial politics despite his office taking a political stand by supporting my opponent,” said Mr Nassir.

He said Mr Shahbal should be grateful to Mr Joho, whom he described as a kind person, alluding to the Sh6 billion Buxton affordable housing tender that Mr Shahbal won from the county government. Mr Shahbal’s firm is constructing the multi-billion-shilling houses in Mombasa.

In August, Mr Shahbal suffered a major blow when the Senate Committee on Roads, Transport and Infrastructure suspended construction of the houses until grievances by evicted tenants are heard and determined. However, the project resumed after Mr Joho met the committee and addressed the issues raised.

“You might have the money, but I have the people,” Mr Nassir told Mr Shahbal.

Mombasa Acting County Secretary Joab Tumbo said it was too early to talk about endorsements.

“Nobody has presented their papers for any position. The Independent Electoral and Boundaries Commission (IEBC) has not announced any elections, so for anybody to talk about who is endorsing who, is jumping the gun.

“Let’s wait for IEBC to announce those who are contesting for those seats, and they present their papers, then we can talk about endorsements,” said Mr Tumbo.

On claims that some county officials are working for Mr Shahbal, the county acting secretary said Mr Idriss has not informed his employer that he works for the businessman.

“It will be very naïve for anybody in the county to start asking ‘why are you working for so and so’. Individually, everyone has their preferred choice, some prefer Mr Nassir, others Mr Shahbal, Dr Kingi or Mr Ali Mbogo, so should I go ask them?” asked Mr Tumbo.

The two leaders and Mr Joho’s deputy William Kingi are angling for the ODM party ticket.

On his campaigns, Mr Nassir has been urging his opponents to desist from propaganda and maligning his family, and instead focus on selling their manifestos to voters.

“Politics is not about fighting; it’s about selling your manifesto,” he added, terming himself a fearless and steadfast leader who will go for what he wants.

The second-term MP said he is optimistic he will clinch the county's top seat, urging residents to support him.

“I have no record of being defeated. I am loved by the people, I am ready to be called ODM leader Raila Odinga’s project because I have stood by the party through thick and thin. We have defended Mr Odinga, we have been tear-gassed, but some of you were busy getting business licences,” he said.

The MP said his development record speaks for itself, adding that he has been steadfast in building schools, providing bursaries and defending the people.

Meanwhile, the giant Dock Workers Union, with a membership of over 5,000 port workers, has said it will support Mr Nassir.

“We are set to get a 10 per cent salary increment because Mr Nassir petitioned our grievances to the National Assembly, where the Committee on Labour and Social Welfare directed the implementation of our collective bargaining agreement with the Kenya Ports Authority (KPA),” said union national treasurer Nana Mote.

Secretary-general Simon Sang said the union will support the MP for standing with port workers.