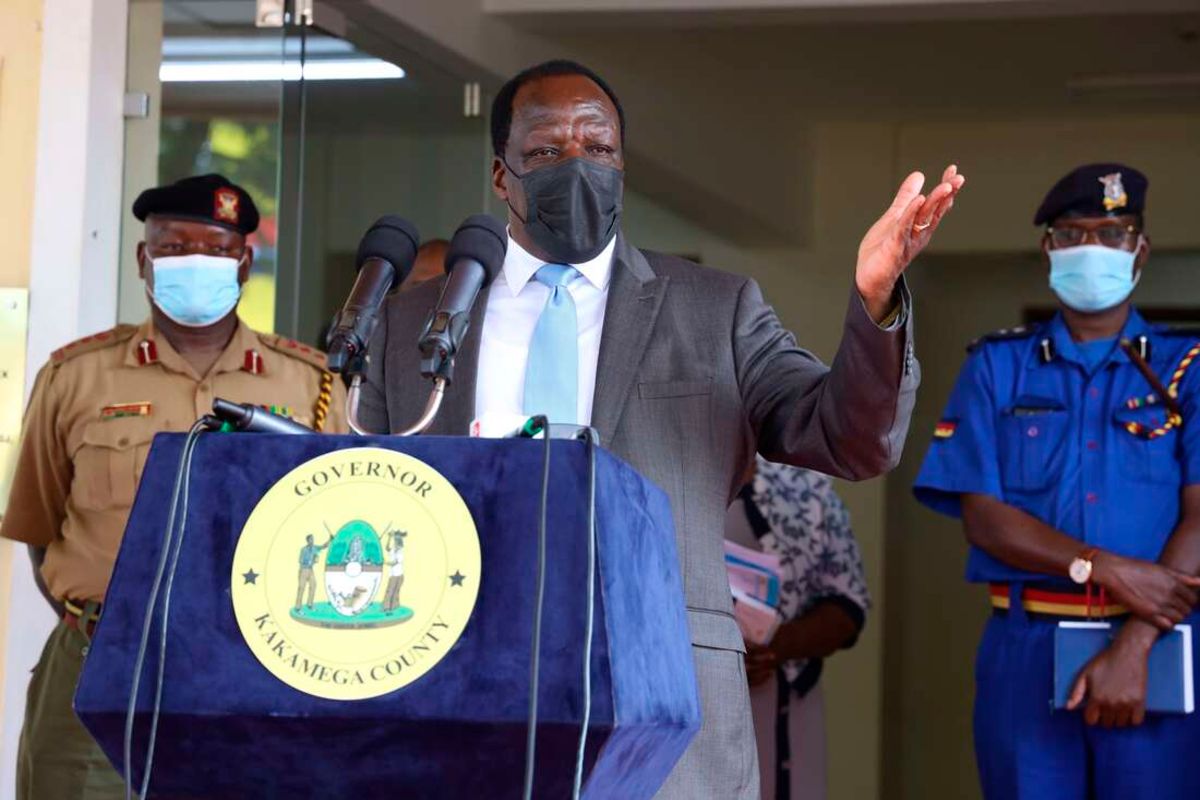 Orange Democratic Movement (ODM) Deputy party leader Wycliffe Oparanya has said that the party’s nominations will be free and fair.

Mr Oparanya said people feared joining ODM in the past because of bungled nomination processes but assured that this time round, things will be done differently.

The Kakamega governor noted that everyone including defectors are welcome back to the party.

He also urged party aspirants not to defect to other parties, assuring them that they will all have equal chances in the nomination process.

"We do not want aspirants to spend a lot of their money during nominations. That is why ODM has come up with four methods of choosing its candidates," said Mr Oparanya.

The delegates system, consensus, members voting and direct nomination of popular candidates are the four methods that ODM will use to settle on its candidates.

Party leader Raila Odinga recently disclosed that the party’s National Election Board had conducted a research to establish why ODM’s nominations are sometimes chaotic and the report tabled had suggested that in certain areas, the party might resort to secret ballot, interviews, negotiations among aspirants as well as direct nominations.

“You cannot join the party today and start using money then you want it to favour you at the expense of individuals who have been loyal for years. NEB recently received a report on why nominations are chaotic and they will implement it in the coming primaries,” Mr Odinga said.

The former prime minister had also cited financial constraints as to why nominations through secret ballot cannot be done across the country.

Mr Oparanya spoke in Kisii County on Sunday during a fundraiser for Entanda PAG Church.

Mr Ongwae said the decision on who ODM party is to field for gubernatorial seat in Kisii has not been decided yet.

He spoke of what he described as unnecessary tension among the candidates ahead of party nominations.

"We are not there yet and that is why we are urging those running round abusing us about it to wait," he said.

Mr Ongwae in an apparent attack on Dagoreti North MP Simba Arati, who is eyeing the Kisii governorship seat told the lawmaker to stop “misusing” bodaboda operators in his push for the top County seat saying the mandate to lead the county lies with majority elderly who vote.

"He has been going round with them thinking they have votes, people who have votes are these old women and men, not those riders," the Governor said.

He paraded Senator Ongeri, Woman Rep Janet Ongera and his Deputy Governor Joash Maangi as candidates in the ultimate county succession matrix ahead of the ODM nominations.

Mr Ongwae, however, said the region continues to solidly stand behind ODM party leader Raila Odinga in his Statehouse bid.

"I assure you that ODM will conduct very free and fair nominations and nobody should be worried. Everything will be done right at the proper time," he said.