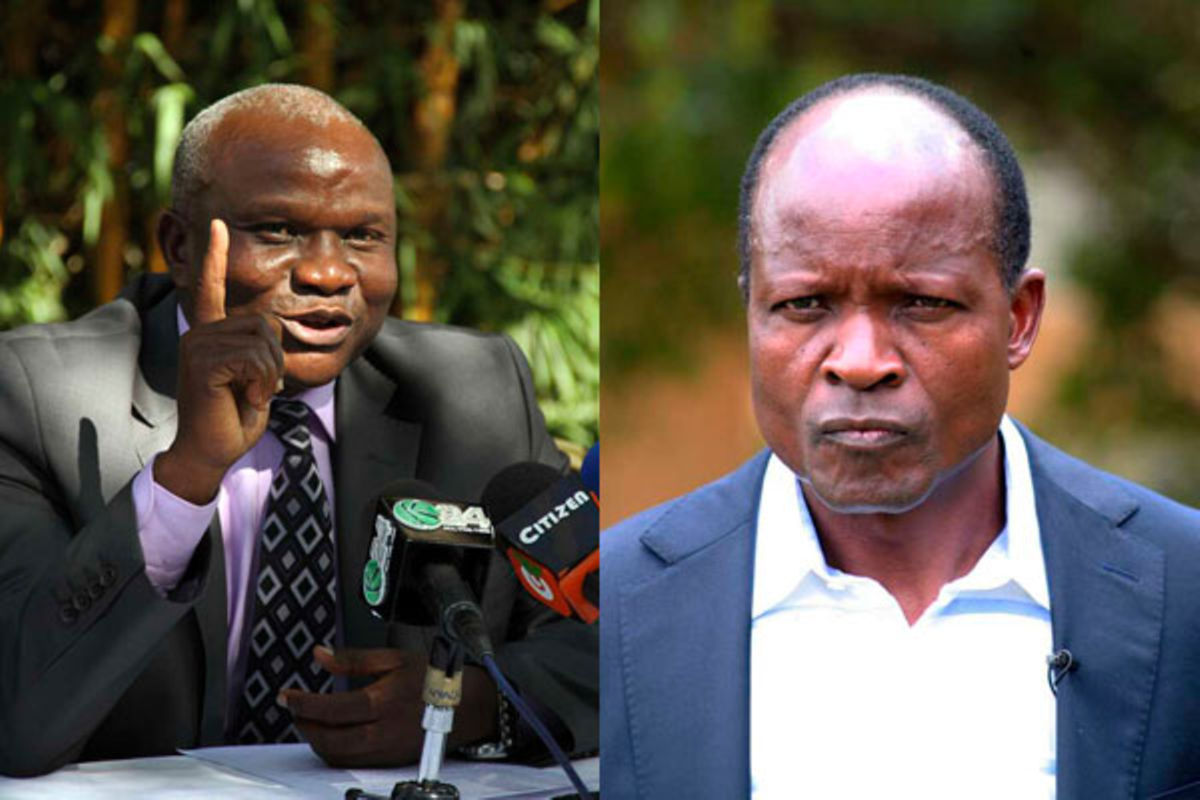 In an interview with the Nation, he denied claims by Governor Obado that he had taken over the party’s management and would use it to seek the presidency.

Mr Magara said he had not relinquished PDP ownership but that talks were underway to hand Mr Obado a plum position in the party.

“How can a party leader run from his own home? You can even check with the registrar of political parties. I am still PDP’s boss. We are working on ways to revamp the party,” Mr Magara said on phone.

“Mr Obado, despite being an Orange Democratic Movement (ODM) governor, has chosen to come back to his natural home (PDP). We are in talks to give him a serious position in the party, he said.

“I am not denying that we are out to revamp the party and bring in serious faces like Mr Obado as we seek to form a strong coalition with Tangatanga and other like-minded individuals.”

Inside Obado, DP plan to wrest Nyanza from Raila

“There is no link between PDP and UD, which was coined recently, after we had formed PDP. We have always been isolated in one cocoon and any attempt to break the barrier was met with reprisals,” Mr Obado told Ramogi FM in an interview last Wednesday.

“Let them not politicise the PDP issue. “We are not at war with any party. We are only advocating for our agenda.”

Signs that Mr Obado was seeking to ditch ODM began with a meeting with Mr Magara at his Rapogi home in February.

Shortly afterwards, an ODM office in Migori town, which is associated with the governor, was repainted before he started drumming up support for what he said was a new political outfit.

Since then, the defiant ODM governor has not looked back, firing several salvos at ODM leader Raila Odinga and accusing the party’s leadership of high-handedness.

In the radio interview, Mr Obado openly declared that he had moved from Mr Odinga’s party to focus on strengthening PDP, dismissing claims that he was being used by Mr Odinga’s opponents to scuttle unity in the Luo community.

“PDP is not meant to divide the Luo community as alleged by some people. It is a party with a national outlook and I will be using it to vie for the presidency. Having many parties is not a crime. Let us unite and strengthen it,” he said, noting his exit from ODM was timely and strategic.

Governor Obado’s relations with ODM became frosty when he left the party for PDP earlier in the year, with Mr Odinga accusing him of being used by Dr Ruto to dilute ODM’s influence in South Nyanza.

Mr Odinga told off Mr Obado in public for working with Dr Ruto “to undermine Nyanza unity” during the funeral of former Ndhiwa MP Owigo Olang’ in Nyatike.

“I also saw Obado distributing some wheelbarrows somewhere,” Mr Odinga said during the ceremony on January 23.

Wheelbarrows are associated with UDA, which uses the farm implement as its party symbol.

But the Migori Governor, whose murder trial resumes this week, told off leaders linking his latest political moves to Dr Ruto, saying his alliances come to light at the right time.

“My exit from ODM is not in bad faith. I have taken a break to strengthen the party that steered me to governorship. It is the bus that ushered me into active politics and I’m back to end the journey that I started,” he said during the interview.

He expressed concern that although the late Jaramogi Odinga, the country’s first vice-president, fought for multiparty democracy, some people in the Nyanza region have not allowed democracy to thrive.

“We need to embrace changes as they come. It is absurd that despite Luos fighting for multipartism, some people have blatantly refused to allow democracy to thrive in the region. If you try to come up with a party, you are called names and even branded a mole,” he said.

The governor claimed he was branded a Jubilee mole in 2013 when he first vied for the Migori governor post on a PDP ticket.

He said, therefore, that it was not unusual that he was being branded an ally of the DP when he had only chosen to consolidate his support base.

“Those who branded me a Jubilee mole are the same ones now working closely with Jubilee. Now that I’m seeking a top office in the PDP, they now call me Ruto’s point man,” he said in reference to the March 2013 handshake that saw Mr Odinga get into closer working ties with the Jubilee administration of President Uhuru Kenyatta.