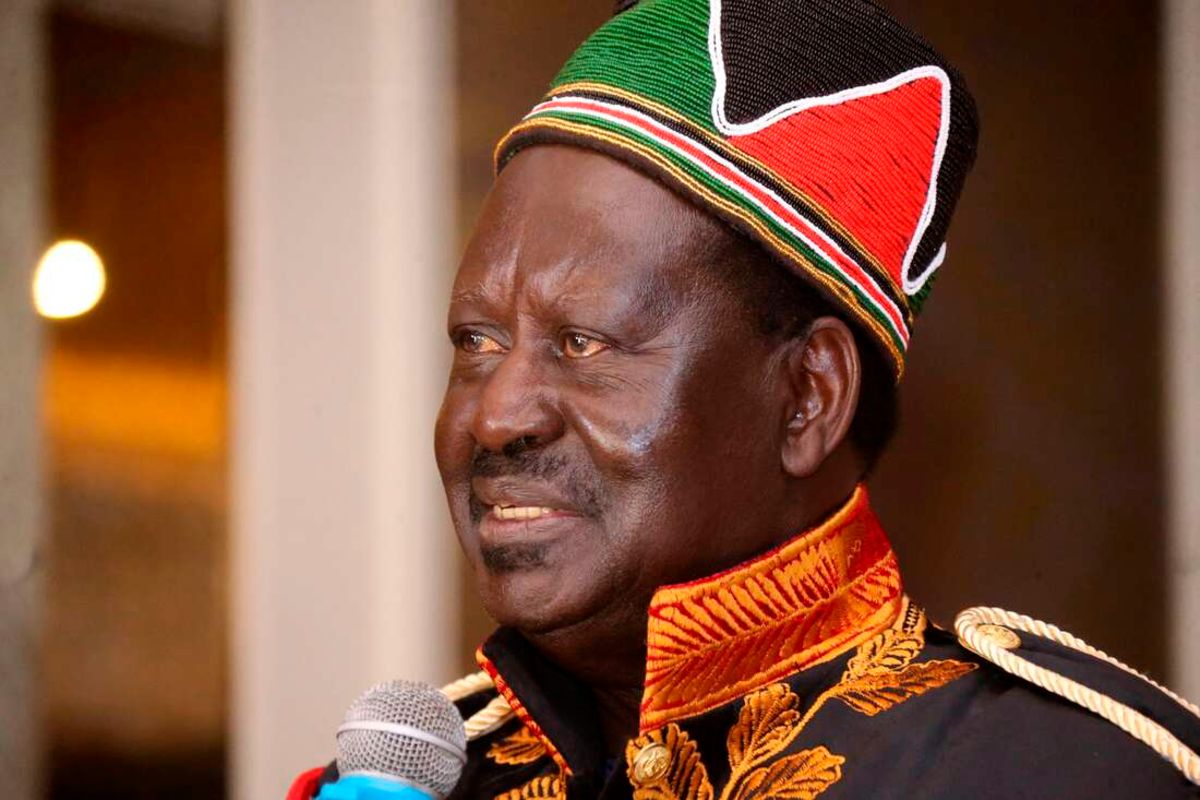 ODM leader Raila Odinga is planning an elaborate political meeting in Nairobi on December 9, when he is expected to finally declare his 2022 presidential candidature.

Those planning the event say President Uhuru Kenyatta, other party leaders, diplomats, guests from around Africa and ordinary Kenyans are among those to be invited to the final Azimio la Umoja convention.

It will be hosted at the Bomas of Kenya — a venue organisers say was chosen to project the symbolism of the declaration of national unity that Mr Odinga has espoused during the nationwide caucuses initiated after the courts scuttled the Building Bridges Initiative (BBI) campaign to amend the Constitution.

Besides hosting past constitutional reforms conferences, organisers say Bomas of Kenya epitomises the cultural heritage and social fabric that unites the country hence a natural stage for Mr Odinga’s unity declaration under the Azimio la Umoja banner that is set to be transformed into a coalition on whose ticket he plans to vie for the presidency.

“Your application has been considered as required by law and the Azimio la Umoja has been reserved for use as a political party coalition name,” Ms Nderitu wrote to Mr Junet in her letter dated October 28, a day after the Nation exclusively reported about President Kenyatta and Mr Odinga’s new coalition name.

The ODM leader is working on a pre-election coalition agreement with President Kenyatta’s Jubilee Party and they have been reaching out to One Kenya Alliance (OKA) of Amani National Congress (ANC) leader Musalia Mudavadi, Wiper’s Kalonzo Musyoka, Moses Wetang’ula (Ford Kenya) and Gideon Moi (Kanu).

On Saturday, President Kenyatta hosted the OKA team in State House Nairobi for talks understood to revolve around the anticipated broad coalition although details of the meeting remained scanty.

Mr Mudavadi was yesterday non-committal on the agenda and the outcome of the State House meeting, only saying OKA is determined to produce the country’s President next year.

“We can’t give the details of the meeting but today (yesterday) we are going to Thika for the campaigns. Those claiming that our meetings have been stopped, treat them as mere propaganda,” Mr Mudavadi told the Nation.

A Kanu official said the meeting with the President focused on the need for unity among the political class, pointing to the push to rally the leaders into one coalition widely expected to take on Deputy President William Ruto.

“The arithmetic must be well articulated. The former Nasa team still has their issues but all is being done to ensure unity. Kanu is the unifying factor in this and we expect positive results and the birth of a major coalition,” the Kanu official said.

Yesterday, Mr Junet announced the ODM leader will address the nation on December 9 when “he is expected to finally declare his interest in the top seat.”

“The event will be a culmination of the Azimio la Umoja meetings we have done all over the country and it shall be the biggest declaration of unity of the country heading to the 2022 elections,” Mr Junet told the Nation from Dubai, where he is accompanying Mr Odinga for a continental infrastructure conference.

Mr Odinga is the African Union High Representative for Infrastructure Development in Africa.

But it emerged the ODM leader is meeting some of the leaders and guests expected to participate in the Bomas event on the side-lines of his conference in Dubai.

“The date was decided before we left for Dubai but we have met on the sidelines people who will participate in the event,” Mr Junet explained, although he was not keen on divulging the names.

He disclosed they expect 7,000 delegates drawn from across the country and guests from within and outside Africa.