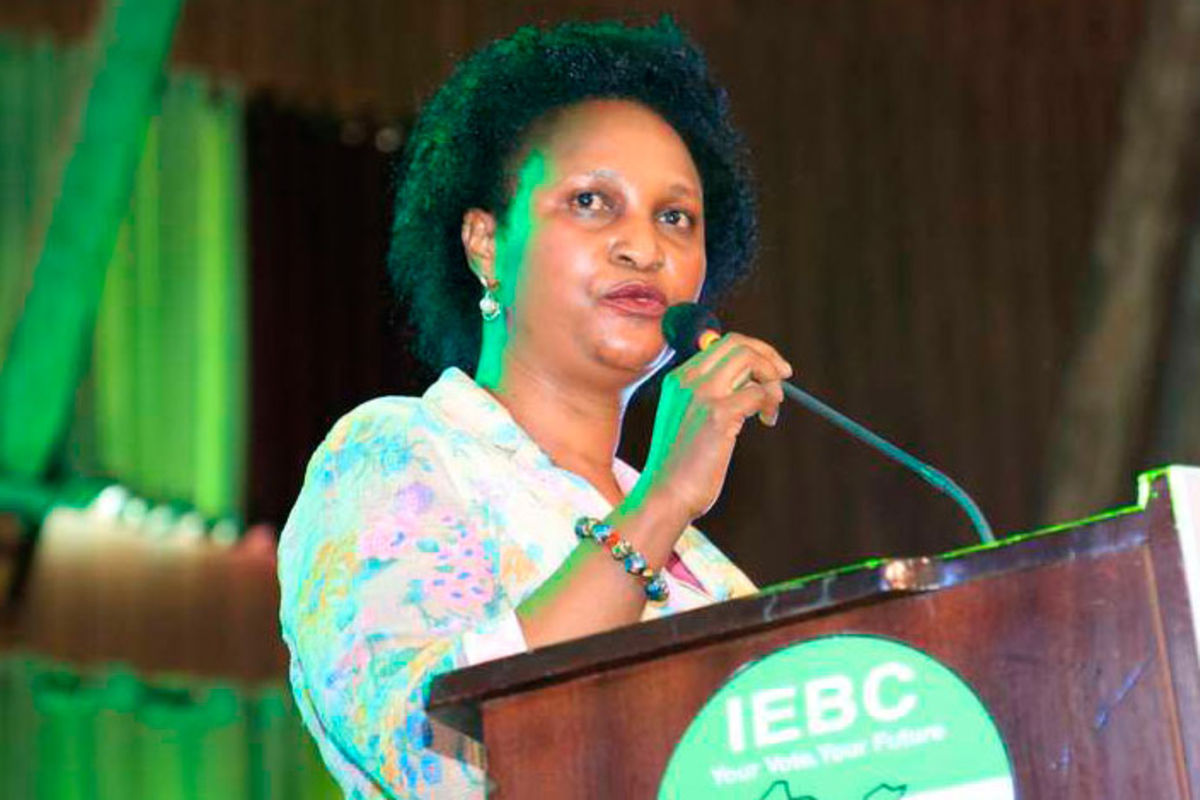 Political parties have been asked to abide by the law and conduct their grassroots elections before the 2022 General Election.

According to the Registrar of Political Parties Anne Nderitu, parties are supposed to organise polls once before a general election.

“Holding party elections is a statutory requirement of Article 91 of Political Parties Act of 2011. It is therefore a compliance issue. The respective party constitutions provide for how and when a party should hold elections. As a matter of principle of good governance, party elections and the national delegates convention should be held at least once in a given electoral cycle, which in our case is every five years,” Ms Nderitu said, adding that timelines depend on different parties’ constitutions.

Ms Nderitu asked each party to verify its membership list, including publishing it for verification by members, put in place an election board as well as a dispute resolution mechanism, and map out polling centres ahead of the planned polls.

“The respective party constitutions provide for how and when a party should hold elections and majority of them have given notices of holding party elections and the national delegates’ conference this year," she said.

So far, since 2017, no party has done grassroots elections even with some having gone past their deadline, with most citing the Covid-19 pandemic.

Parties are biding their time on grassroots elections due to fear of infiltration by opponents.

But as the registrar sounded the warning, political analysts say grassroots polls can be the reason for parties’ breakups if leaders are not careful.

According to political analyst and governance expert Javas Bigambo, with less than 13 months to next year’s polls, no party will dare have such an important activity due to “external forces”.

“Political parties fear holding grassroots elections most of the time, and especially now, due to fear of infiltration for espionage by opponents, and also for fear of sabotage and disruptions by goons sponsored by opponents with various political ends in mind,” Mr Bigambo said.

Masinde Muliro University lecturer Egara Kabaji says that party elections have been sowing discord and such falling-out if not well managed leads to mass defections, dwindling the party’s fortunes.

“Grassroots elections mean trouble to all of the political parties and in most cases, they cannot manage fallouts,” said Prof Kabaji.

Prof XN Iraki, a lecturer at the University of Nairobi, argues that most political leaders risk losing their positions hence they cannot allow elections to be held.

“Political party leaders know that they could lose their seats if grassroots elections are held today. They will lose control of the power system that goes with political parties,” Prof Iraki said.

President Uhuru Kenyatta’s Jubilee, which was due to hold its grassroots elections last year, seems ready to postpone them even further.

“Let us not call it grassroots election but grassroots rejuvenation and reenergising the party at all levels at our administrative structure,” said Eldas MP Adan Keynan, who is also the secretary of the Jubilee coalition’s joint parliamentary group.

The party’s Deputy Secretary-General Joshua Kutuny, who is also the Cherang’any MP, said after managing to get rid of those perceived as rebels, the party is ready for harmonisation.

“The party is going to have new officials now that some officials parted ways with Jubilee Party. We might have grassroots elections or harmonisation, now that we have managed to get rid of the rebels, from every ward in every constituency to recruit new officials on an interim basis. We have begun shopping for good leaders in those constituencies,” Mr Kutuny told the Nation.

The party had alluded to the fear that Deputy President William Ruto, who has shifted his allegiance to the United Democratic Alliance (UDA), was banking on the grassroots polls to take over the Jubilee party.

Only 42 of the 82-member national executive council (NEC) — which has a huge say in party primaries, the selection of the presidential candidate and formation of coalitions — are currently in office.

The term of the interim officials ended in March last year, but they were still kept in office owing to the Covid-19 pandemic and the implosion that saw Dr Ruto’s allies removed from key positions, which then led to the rise of UDA which the DP says is his party of choice in 2022.

"The DP had been positioning his people strategically. They were going to organise some sham grassroots elections the way they rigged the party nominations, install their own people all the way from constituency to county levels so that once national party organs are convened, they endorse him as the candidate. We had to rescue the party from such machination," said Jubilee Vice-Chairman David Murathe last year.

Mr Raila Odinga’s Orange Democratic Movement (ODM) had a fair share of the troubles in grassroots polls in 2014 when the infamous ‘men in black’ invaded its ranks, with fears that a young group not backed by Mr Odinga was out to snatch the party from him.

Both ODM and UDA had started putting in place elaborate structures to ensure the grassroots polls and the process of nominating party candidates are conducted peacefully but this has been complicated by the Covid-19 crisis which continues to ravage the country.

In what seems like curbing disintegration in the party, ODM is emphasising on the need for consensus among its members regarding whom they should front as officials in all levels with elections to take place where the consensus method fails.

“That elections will be carried out under the supervision of NEB in electoral areas where members are not able to reach a consensus,” said Catherine Mumma, the party’s National Elections Board (NEB) chairperson.

ODM warned members that action will be taken against different factions which will engage in violence, with Ms Mumma underscoring the need for mediation in counties with differences over membership.

“NEB will not tolerate violence in any form and will not hesitate to disqualify any persons who mobilise for violence in the party elections,” she said.

ODM deputy party leader Wycliffe Oparanya had noted that party elections might lead to a falling-out and divisions that will weaken it ahead of the 2022 General Election.

DP Ruto’s UDA had kicked off preparations for grassroots elections but cancelled them at the last minute.

Despite bragging that it will do things differently from its rival parties, it is now not clear whether UDA will conduct party elections before the 2022 elections, though party officials have set October as the month for such polls.

UDA’s chairman Johnson Muthama told the Nation that they decided to suspend the June party elections after realising that many Kenyans were still coming out to register, hence they do not want to lock out anyone in the exercise.