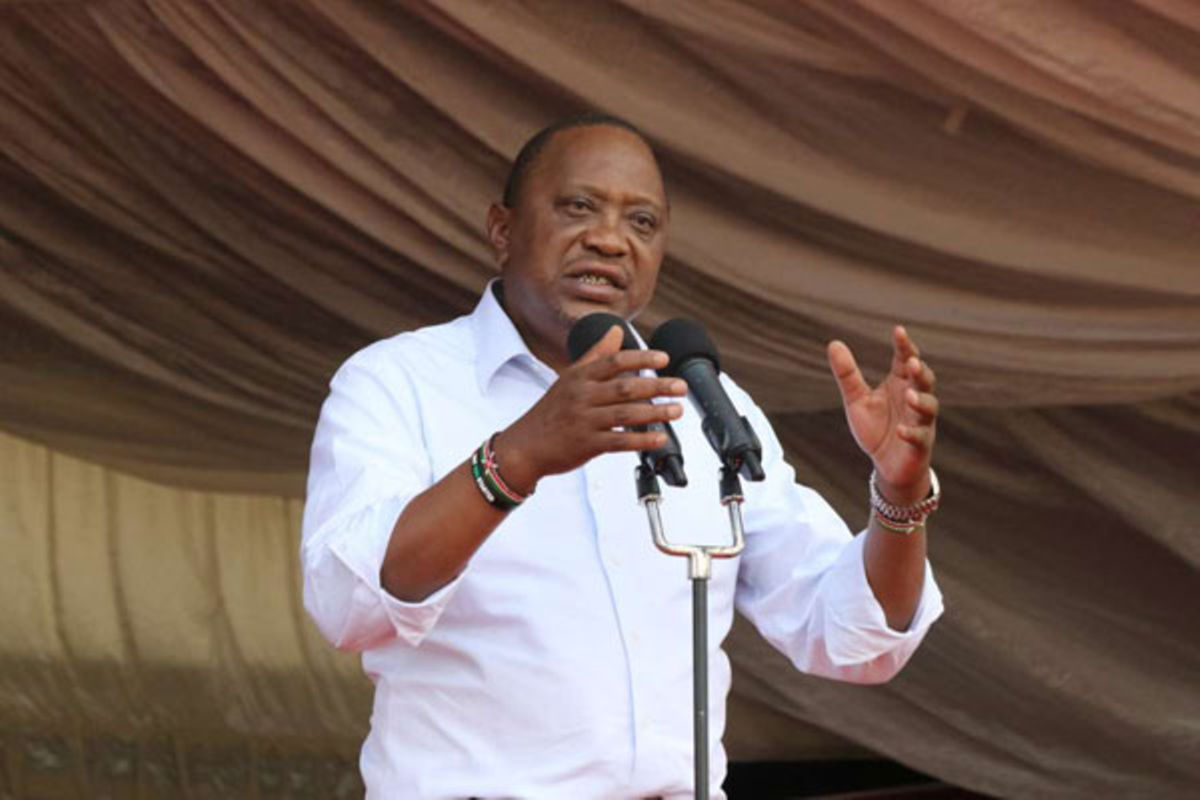 Political temperatures in Western are rising as rivals scramble to outdo each other ahead of President Kenyatta’s tour, which begins on Sunday.

In a bid to protect their turf, a section of ANC and Ford-Kenya MPs have threatened to skip the presidential tour because it’s being organised by Kakamega Governor Wycliffe Oparanya, an ardent ally of Mr Odinga.

There are fears the deputy ODM party leader might lock out rival politicians, especially those gravitating towards One Kenya Alliance.

The legislators, who have been fighting the Orange party in the region after the fallout in the National Super Alliance, want Mr Mudavadi and Mr Wetangula to take charge of Mr Kenyatta’s itinerary.

The Head of State is expected to inspect development projects in Kakamega, Busia, Bungoma, Vihiga and Trans Nzoia counties.

Last Thursday, the five governors from the region met the President at State House in Mombasa, where they proposed economic programmes.

MPs Chris Wamalwa (Kiminini), Titus Khamala (Lurambi), Enoch Kibunguchy (Likuyani) and Ayub Savula (Lugari) have accused the county chiefs of disrespecting other elected leaders by locking them out of the plans.

They said Mr Mudavadi and Mr Wetang’ula should have been consulted from the beginning.

Kakamega Senator Cleophas Malala said the governors did not present the wish list of ordinary residents.

But Mr Oparanya called for patience, saying all regional leaders will meet on Friday to discuss preparations for the President’s visit.

“This tour is for the benefit of the residents. I will involve all the leaders because it has no political inclinations,” he said.

The governor urged local leaders to avoid speculation, saying their meeting with the President was planned by State House.

“We could not bring all the leaders together to go and approach the President. We approached him as governors to request him to plan and visit our region. Now that he has agreed, we shall call all leaders to sit together so that we plan how we shall host the Head of State,” he said.

He asked them to focus on the big picture about the benefits the region would get from the tour as opposed to individual interests.

“The President will be in Western for three days. We asked him to revive all our collapsed industries,” said Mr Oparanya.

On Monday, Petroleum and Mining Cabinet Secretary John Munyes said the Head of State will commission the construction of the Sh100 million gold refinery factory in Ikolomani Constituency.

Mr Munyes visited the 10-acre parcel the county government has donated for the project. He also toured Vihiga, where the President will commission the construction of a Sh50 million granite factory.

“It will be a state-of-the-art refinery that will serve the whole country. We want all gold from different parts of the nation to be processed here,” said Mr Munyes, adding that it’s expected to be operational in 12 months.

The project is expected to serve close to 80,000 artisanal miners in the region. The CS said an investor had been identified and that 30 per cent of the revenue from the factory would go directly to the local community.

Other projects include the construction of Chwele Open Air Market, Kanduyi Stadium and awarding a charter to Kaimosi University College.

Mr Oparanya said they will push for the revival of the debt-ridden Mumias Sugar Company, now under receivership.

Mr Savula, however, accused the governors of seeking to gain political mileage from Mr Kenyatta’s tour.

“Governors don’t understand all the challenges facing our people on the ground. They should have brought every leader on board to identify the predicaments afflicting the region before meeting the President to table our needs,” the Lugari MP said.

He warned the governors against using the visit to advance a political agenda meant to undermine Mr Mudavadi and Mr Wetangula.

Mr Wamalwa said the region has unique challenges and urged leaders to work together to lift their people out of poverty, irrespective of their political affiliations.

Mr Khamala said without the involvement of Mr Mudavadi and Mr Wetangula in preparations, they will boycott the function. Mr Kibunguchy said the President should not play politics in his visit.

“I might not attend because governors have hijacked the event,” he said.

The tour comes just two months after the President launched projects in the neighbouring Nyanza region.