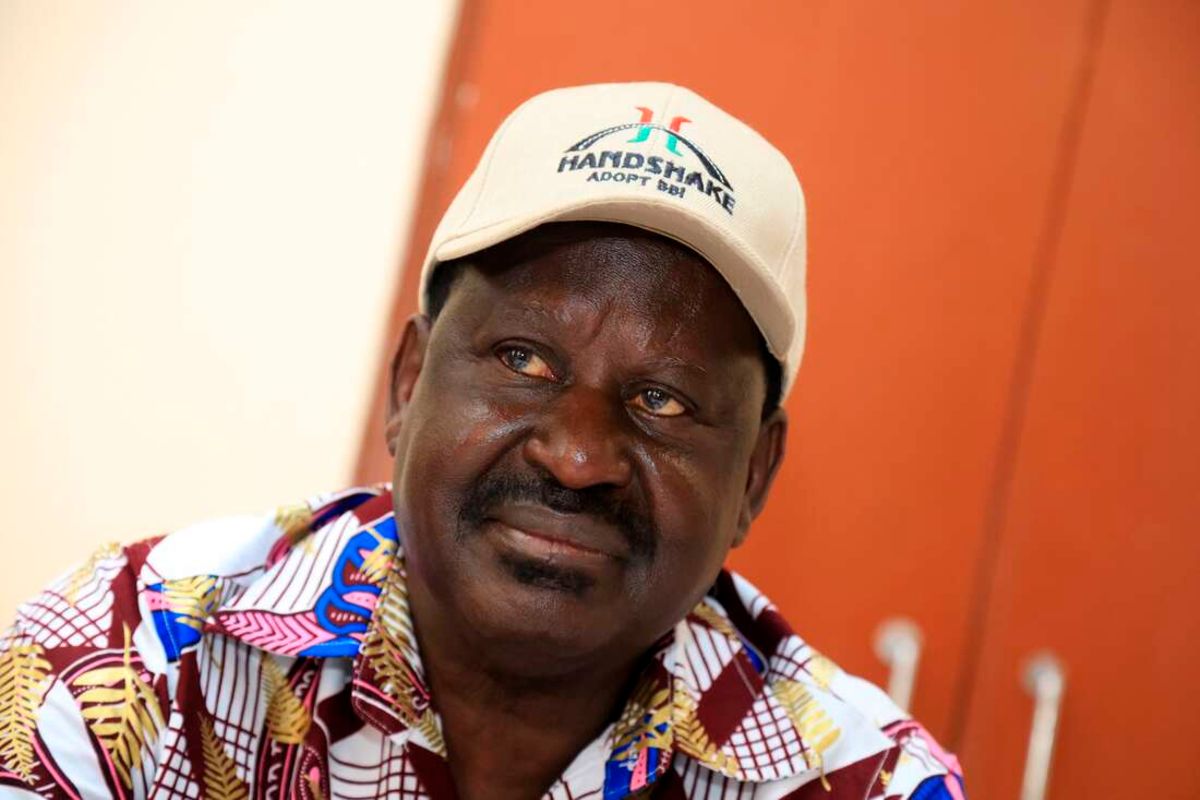 According to the former Prime Minister,  if the Court of Appeal overturns the High Court judgment which declared the BBI unconstitutional,  there is enough time for the Independent Electoral and Boundaries Commission (IEBC) to conduct referendum and the issue of extending the current regime’s term does not arise.

Mr Odinga assured Kenyans that his handshake partner President Uhuru Kenyatta will not extend his term, terming the allegations, which he said were being peddled by those opposed to the Handshake, as false.

"There is enough time for a (BBI) referendum. We still have a whole year.  A referendum is something which takes roughly three weeks to a month (to plan). A country like Switzerland do five referendums in a year,  others in Europe do two. So why can't Kenya not do just one referendum in a year? Some people are saying that there is an election coming. But that cannot bar us from conducting a referendum even if it is December," Mr Odinga said in an interview with Radio Citizen.

Mr Odinga went ahead: "There is no one who has said there is a plan to postpone election. President Kenya himself has said that he doesn't want to extend his term by even a day. All these are propaganda peddled by those opposed to BBI. I am confident that we can do referendum then general election."

In the wide-ranging interview, Mr Odinga insisted that while he was happy to have President Kenyatta’s vote were he to run for the presidency in 2022, he was not sitting idly by waiting for the Head of State’s endorsement.

“I have not said I need Uhuru’s endorsement. The thing I need is his vote,” Mr Odinga said.

On talk that the 2017 presidential run was his last bullet, Mr Odinga retorted: “I have never said I have one bullet left (in the chamber). I have a whole magazine.”

The comments by Mr Odinga on a possible postponement of the 2022 elections comes after Deputy President William Ruto fired a warning shot concerning an alleged scheme to extend the current regime's administration terming it as impunity being propagated by a few leaders forgetting that the country does not belong to them alone.

"Some people think that they can coerce by telling us that elections will be put off if BBI isn't adopted.  You people are fooling yourself.  Kenya isn't yours alone,  it is ours too.  Stop this chest thumping and impunity.  Do not test our patience," said Dr Ruto while touring West Pokot recently.

Central Organisation of Trade Union (COTU) secretary-general Francis Atwoli, one of the proponents of BBI, has continuously insisted that the country’s next general elections slated for 2022 could be postponed by a year to accommodate the BBI plebiscite.

Mr Atwoli had argued that it would not make sense for the country to head to the polls before the BBI is passed.

“If they (Court of Appeal) don’t give us a ruling we will move to the Supreme Court and if we still don’t get it we will have to start afresh and we will appeal through our parliamentarians to extend the elections by even one year until we get BBI,” said Mr Atwoli recently.

But the former Prime Minister said the BBI will be revived by the Court of Appeal to give Kenyans an opportunity to either adopt or reject the proposals contained in the handshake product.

"I have faith that judges who are more educated will ensure that justice prevail.  If justice will prevail indeed reggae will continue until the end," Mr Odinga said.

The former premier exuded confidence that their lawyers argued well their case at the Court of Appeal noting that they believe in democracy and will respect the outcome of the judicial process.

" We are people who love democracy.  We have from dark days when you could oppose sitting government you would be arrested during one party system but we did not give up.  We fought for this country to reach where we are today in terms of freedom of expression. In 2013 when we challenged the presidential election at the Supreme Court of Kenya and Court dismissed out case,  despite not agreeing with it,  we respected it.  Even this time around,  if they decide either way,  we will respect because that is democracy," he said.

As he continues to drum up support for the BBI,  Mr Odinga argues that it will bring changes which will enhance good governance in the country and that is why Kenyans must be allowed to vote on such proposals including expansion of the Executive.

"The issue of expanding the Executive hasn't come from nowhere.  If you look at these Bomas draft,  it had proposed this kind of changes which is captured in BBI.  What we currently have,  it was views of some few legal minds and MPs who met in Naivasha and came up with them without consulting," he said adding that BBI will not overburden Kenyans as claimed by those opposed to it.

In broadening development carried out by county governments,  Mr Odinga argues that Kenyans should be given chance to endorse the BBI in a referendum so as to increase resources to the devolved units from the current 15 percent to 35 adding that the current status is straining counties.

"What our counties are getting now are just enough for paying salaries not meaningful development. This is why for us to improve service delivery at the grassroots in terms of Agriculture,  Health and Infrastructure, BBI will increase resource hence well-being of our people," he said while noting that although the 70 additional constituencies will bring services closer to Kenyans,  that is not the sole purpose of changing the Constitution.

According to Mr Odinga,  those who instituted Court cases against the BBI are 'wasting' Kenyans' time rather than launch a No campaign to enable Kenyans decide their fate of the proposed Constitutional review.

"Kenyans have right to vote Yes or No in a referendum.  We are not saying that BBI must be accepted by Kenyans.  They can reject it and as proponents of BBI, we will accept their will. That is what democracy requires. I do not see any essence for some people to delay the process with legal battles by saying they do not need a referendum.  They should have said,  they don't want certain proposals and go to Kenyans to lead No campaigns," he said.