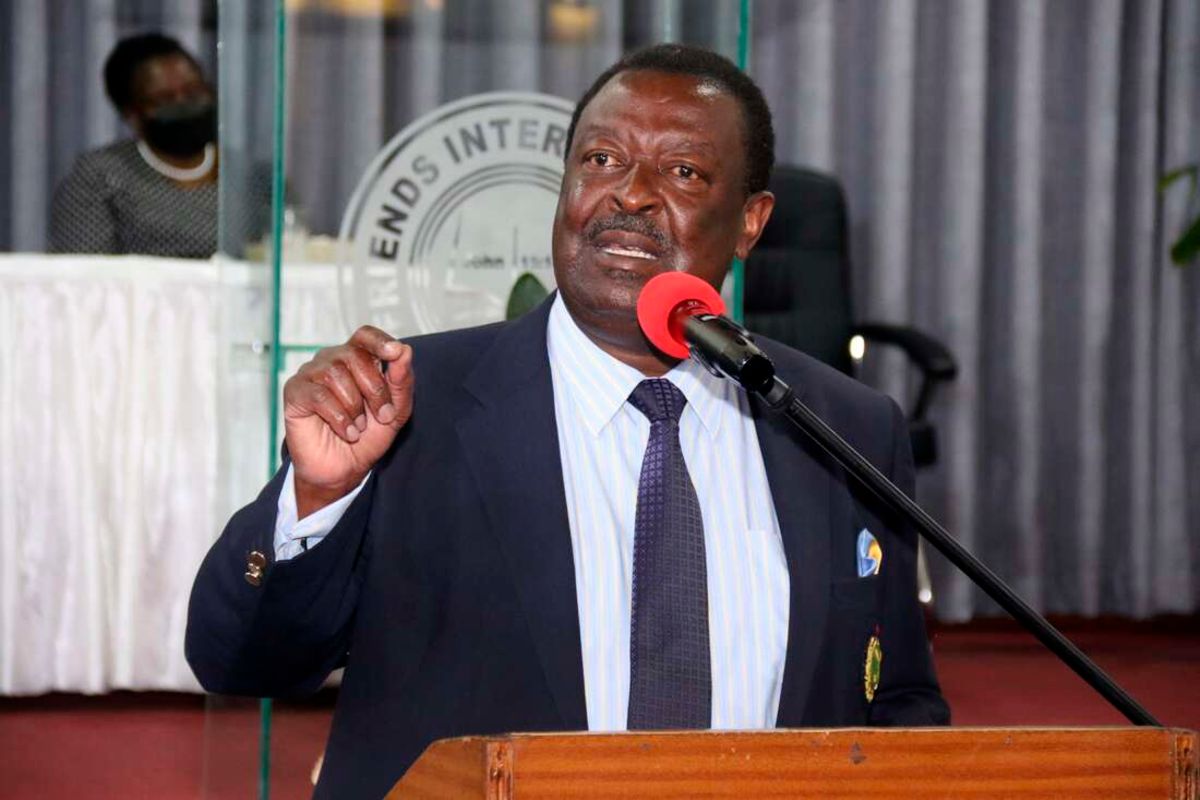 Parliament should revisit the Building Bridges Initiative (BBI) and identify areas that don’t need a referendum for their implementation, to the benefit of Kenyans.

This is according to Amani National Congress (ANC) leader Musalia Mudavadi who has challenged MPs to come up with pieces of legislation to address the increase of revenue allocated to counties to ensure Kenyans get enough resources for development.

“There are elements of the BBI that we can address without a referendum. I challenge our MPs to deal with these issues. Increasing revenue from a minimum of 15 to 35 per cent and introducing the Ward Fund can be anchored on the constitution, for the benefit of Kenyans,” he said

The ANC leader spoke Saturday when he paid Meru Governor Kiraitu Murungi a courtesy call ahead of a series of meetings with local leaders.

Mr Murungi said Kenya’s leaders should engage all presidential candidates and that he will support whoever takes care of the interests of Meru residents.

Mr Mudavadi’s visit to Meru comes two weeks after the governor met Orange Democratic Movement (ODM) leader Raila Odinga in Nairobi, where he assured him of his support.

However, the governor’s allies, led by Meru Deputy Governor Titus Ntuchiu, have since denied that Mr Murungi endorsed Mr Odinga as the preferred presidential candidate.

On Saturday, Mr Murungi said leaders in the region will hold talks with all presidential candidates and “support the ones who will advance our interests”.

On the status of the economy, Mr Mudavadi said fuel prices have skyrocketed due to high taxes, causing Kenyans more pain.

He said that as an economist, these are the issues he will address to save Kenyans.

The ANC boss said that once elected President, he will ensure miraa, which has been banned in several countries, with exports to the main market of Somalia suspended, is introduced in other regional markets.

“When we talk of regional trade, this should be reflected in the products we export. We should be able to move our products to other countries,” he said.