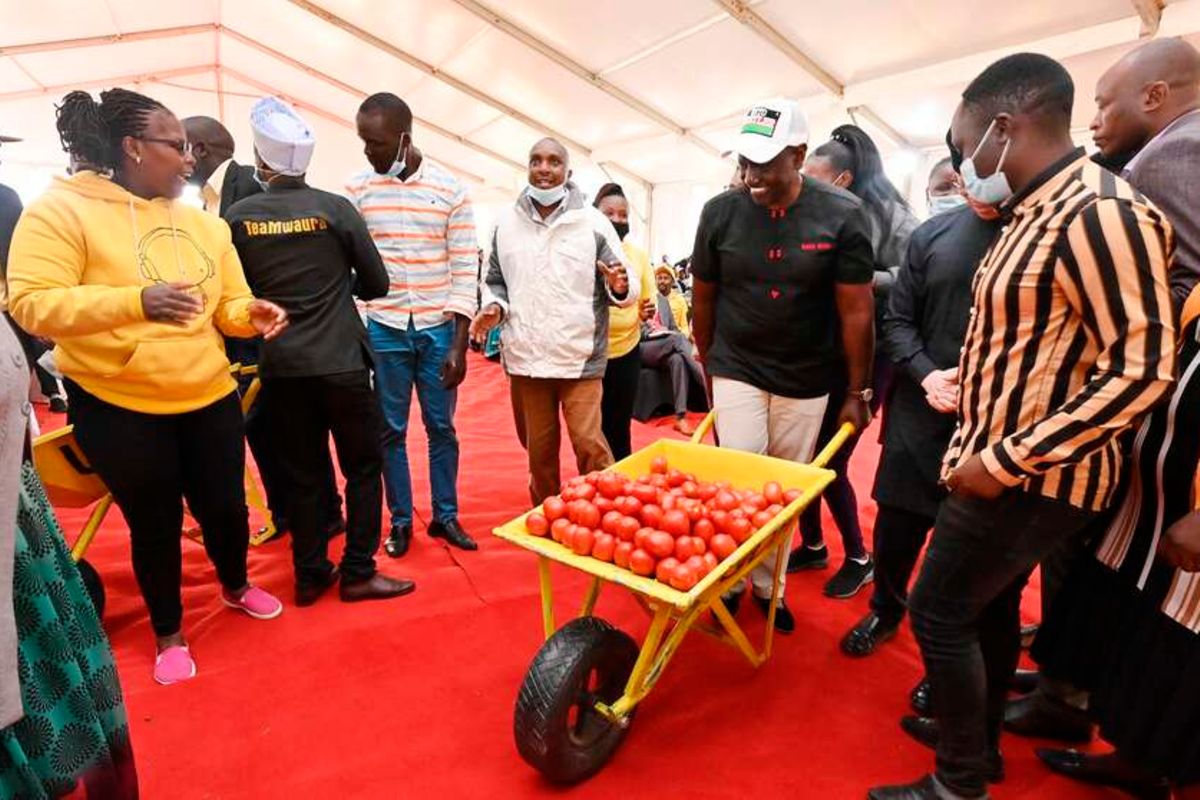 Critics of Deputy President William Ruto in the Rift Valley have gathered enough courage for a Damascus moment in order to survive the “hustler” wave as the General Election approaches.

Some rebels have even embraced the United Democratic Alliance (UDA), a Ruto-linked party.

MPs Alfred Keter (Nandi Hills), William Chepkut (Ainabkoi), Sila Tiren (Moiben) and Joshua Kutuny (Cherangany) had earlier said the region should make an independent decision on who to support for the presidency.

Mr Keter changed tune yesterday, blaming “enemies” for driving a wedge between him and the DP.

“I’ve nothing personal against the DP and will campaign for him to win the presidency. My political detractors created the imaginary differences,” Mr Keter said.

The second-term MP has in the last few months said little as UDA party continues to gain popularity in the Rift Valley.

The sour relationship between the DP and the lawmaker emanated from the dissolution of the United Republican Party and The National Alliance to form Jubilee ahead of the 2017 General Election.

Mr Chepkut, who was elected as an independent after a nomination fiasco in Jubilee in 2017, has abandoned Kanu chairman Gideon Moi “to follow the wishes of my people”.

“I can’t go against the wishes of my employers. Some people have been peddling lies against me but let it be known that I will defend my seat on a UDA ticket,” he said.

During a funeral in Koilel village on Tuesday, Mr Chepkut read a condolence message from the DP before presenting a cash donation to the bereaved family.

“He’s a man of humility and it is my prayer that we make him our next president,” the Ainabkoi MP said, adding that the DP would donate more than 20 buses to schools in December.

Mr Chepkut has, in the past, hosted Mr Moi, who is also expected to run for the presidency.

Uasin Gishu Governor Jackson Mandago recently urged the rebels to reconsider their stance and support the DP “if you want to remain relevant politically”.

“Since I’m in my second and last term, my duty is to bring everybody, including Senator Moi, to Dr Ruto’s side. Politics is not about hatred. We need to speak with one voice,” said Mr Mandago, who will gun for the Baringo Senate seat.

During another burial, Uasin Gishu Senator Margaret Kamar complained that the DP’s allies are “pushing away” other leaders.

“We aspire for unity but it hurts when some leaders sow seeds of discord. We’re ready to listen and accommodate one another,” the Deputy Senate Speaker said.

Mr Kutuny, meanwhile, has taken a low profile. He has been under pressure from elders to abandon Jubilee. Mr Kutuny, has, however, dismissed claims that he plans to join the Ruto camp.

Contacted yesterday, Mr Kutuny said he has not taken a low profile, adding, it has been agreed that Jubilee Secretary-General Raphael Tuju articulates issues in the ruling party.

“Jubilee has an efficient and energetic secretariat. We agreed that the SG should handle day-to-day activities of the party,” he told the Daily Nation.

Kapseret MP Oscar Sudi said local leaders who are anti-Ruto would not win any seat.

Aldai MP Cornelius Serem said those not supporting the DP “are heading to political oblivion”.

For Keiyo South MP Daniel Rono, such leaders must be scolded “because the DP is the Rift Valley spokesman”.